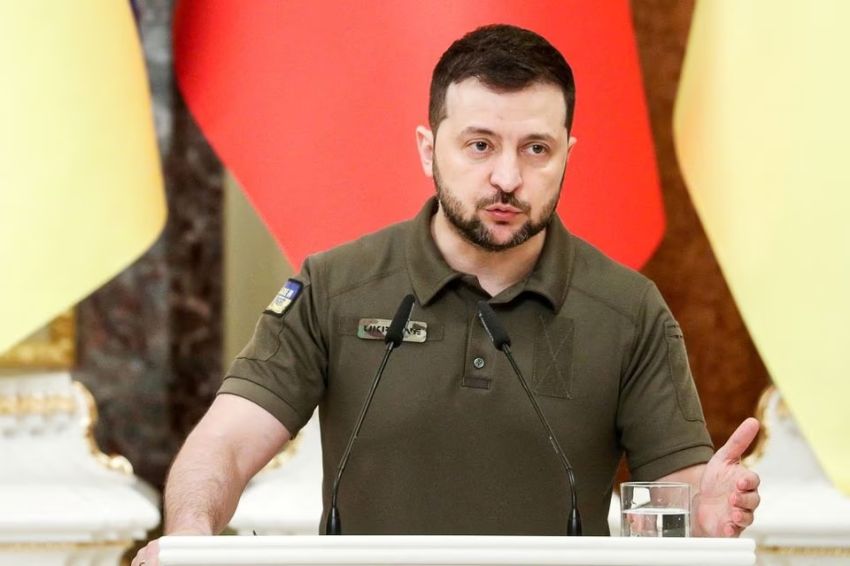 KIEV – President Volodymyr Zelensky boasts that Kiev is already working with several giants of the financial and military industries, offering “big business” opportunities to any American company interested in working there.

Zelensky’s remarks appeared in a video message to the United States (US) corporate association.

Speaking at the National Association of State Chambers (NASC) meeting in Boca Raton, Florida, on Monday (23/1/2023), Zelensky argued, “American business can become a locomotive that will once again drive global economic growth.”

“We have succeeded in attracting attention and forging partnerships with giants of the international financial and investment world such as Blackrock, JP Morgan and Goldman Sachs,” said Zelensky.

He explains, “American brands like Starlink or Westinghouse have become part of our Ukrainian Way.”

According to Zelensky, “Everyone can become big business by cooperating with Ukraine, in all sectors: from arms and defense to construction, from communications to agriculture, from transport to information technology (IT), from banks to pharmaceuticals.”

He also praised the weapons that the US showered on Kiev.

“Your brilliant defense systems, like HIMARS or Bradley, have linked our history of freedom with your company. We are waiting for the Patriots. We take a close look at Abrams. Thousands of such examples are possible,” Zelensky said in the video.

According to the Pentagon’s own estimates, the US will have shipped over $20 billion worth of arms, ammunition and supplies to Ukraine by 2022.

Spanish police have seized 4.5 tonnes of cocaine on a ship off the coast of the Canary Islands

Estonia: Russia May Run Out of Missiles in Three Months

Netflix: Rodolfo Zarco prepares the premiere of Against the ropes