We already have a date for the Samsung Galaxy S23 Unpacked: sooner than expected

Last week, Samsung Colombia accidentally confirmed the Galaxy S23 release date by creating an events page on its website for the Galaxy Unpacked event on February 1, 2023.

That page was later removed, but the Korean conglomerate confirmed the date today by sending out invitations for their event. Galaxy Unpacked 2023 on February 1, starting at 6PM UTC. The cover photo is from the event for the German media.

The Galaxy Unpacked 2023 event will be held in San Francisco, which will mean the first in-person Unpacked event in three years since the COVID-19 pandemic began. It will also be broadcast live on the official Samsung website and on its YouTube channel.

In the Unpacked, as you well know, the most anticipated teams of the Korean brand are presented. And of course the Galaxy S23 It is the product that fans expect the most, the company’s spearhead in the smartphone sector. 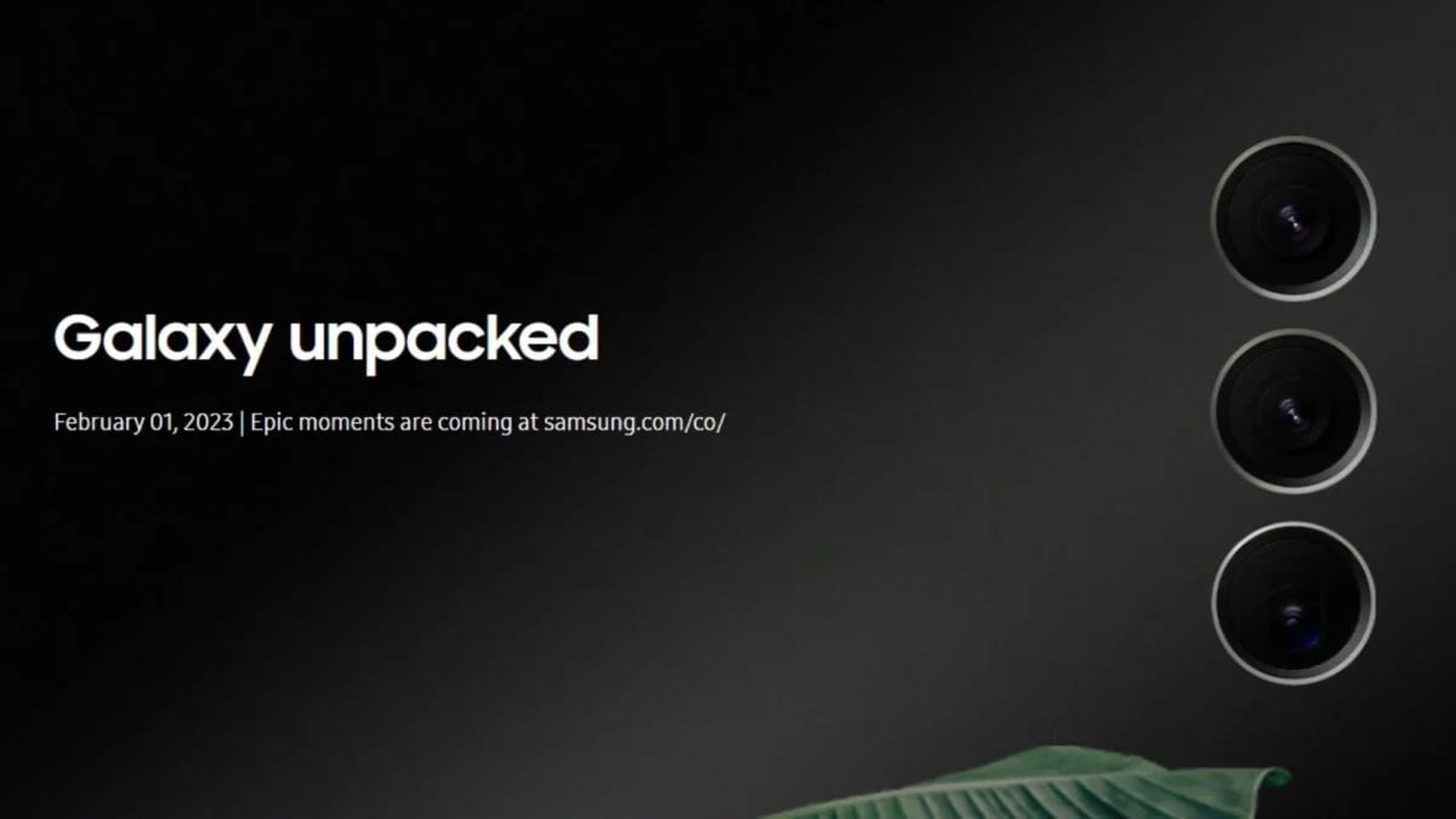 The most anticipated: the Samsung Galaxy S23

Samsung has not explicitly mentioned the Galaxy S23 in its official announcement, but its post reads: “A new era of Galaxy innovation is here. Our innovations are designed to bring incredible possibilities to people today and forever. The new Galaxy S series will be the epitome of how we define the ultimate premium experience.”

This confirms that the company will unveil the new Galaxy S23 family on February 1. The Galaxy S23 series is expected to consist of three smartphones: Galaxy S23, Galaxy S23+, and Galaxy S23 Ultra, as usual. And it is rumored that the Ultra model will have a 200 Mpx camera.

Samsung is also expected to introduce new laptops, but there is no word yet from the brand on the new laptops or smartphones. However, hopefully Samsung will drop some hints. about upcoming products these weeks ahead of Galaxy Unpacked 2023.

An i5 for only 399 euros, and with an SSD: this Amazon offer blows up the laptop market

GTA 6 seems to be closer than ever, and all because of a Rockstar China video