Ukrainian President Zelensky: There Will Be No World War III! 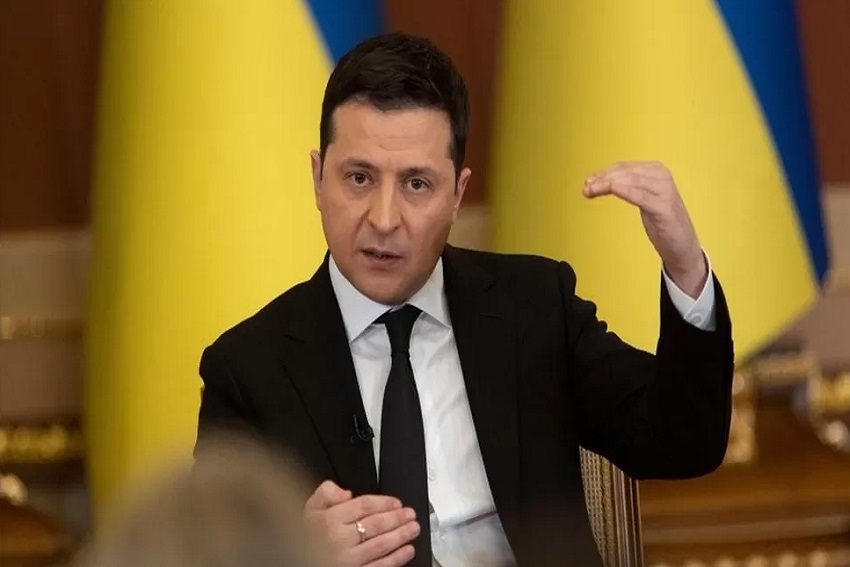 Ukrainian President Volodymyr Zelensky says there will be no World War III. Photo/REUTERS

KIEV – President Ukraine Volodymyr Zelensky says there won’t be World War III because the tide is changing in the ongoing battle with Russia .

His comments were conveyed when he appeared virtually at the annual Golden Globe Awards on Tuesday.

“Ukraine will stop Russia’s aggression on our soil with the help of the free world,” he said, as quoted by Asian News International, Wednesday (11/1/2023).

“And it’s clear who will win,” the Ukrainian president added.

Also read: If Russia Can’t Guarantee Security, the World Will Head to World War III and a Nuclear Disaster

At the start of his speech, Zelensky pointed out that the award show started in 1943 when World War II was drawing to a close and it was clear who would win but there were still some battles to be fought.

“The award was born at a special time. World War II is not over, but everyone knows who will win. There are still battles and tears ahead. It was then that the Golden Globe Awards appeared to honor the best player of 1943,” he explained.

The threat of the Taliban in Pakistan

If asked, Netanyahu is willing to become a mediator in the Russia-Ukraine conflict

Canada, British Columbia decriminalizes hard drugs: “The situation has never been so serious”

Catering in Zwolle, Enschede and Almelo will again work with a black list for wheel turners

The radioactive capsule that was lost in Australia has been found

Cybercriminals have been dodging the law for years by hopping from country to country. Europe finally has a solution

Lula, some soldiers have been conniving with assailants – Icona News