Once again the ticket sales and distribution company Ticketmaster is located in the eye of the hurricane, after several problems arose on its platform this Wednesday so that users could buy tickets for the concerts of Sam Smith in Mexico.

It was through the social network of Twitter where thousands of fans reported failures in the operation of the website of Ticketmasterbecause they mentioned that the option of available tickets lasted just a few minutes and out of nowhere the message appeared: “tickets not available”. 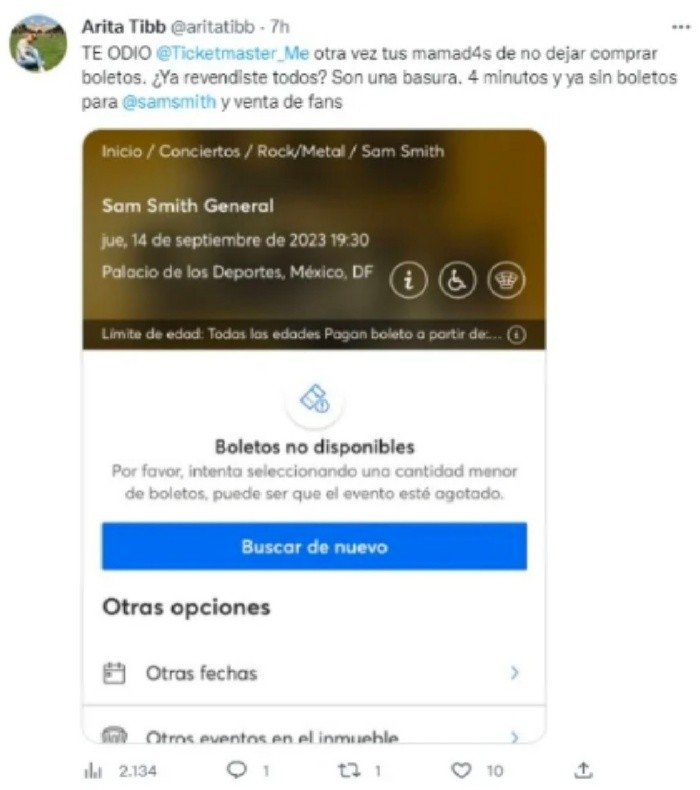 This Wednesday, January 11, began the pre-sale of tickets for all users who received a code on Spotify, as well as for account holders with select benefits.

In the complaints of the users it is read that in the first minutes of the sale of tickets these had already supposedly been sold out.

“According to Ticketmaster in 2 minutes the tickets for Sam Smith in the pre-sale for fans are over,” read a tweet posted by the user @manhuel. 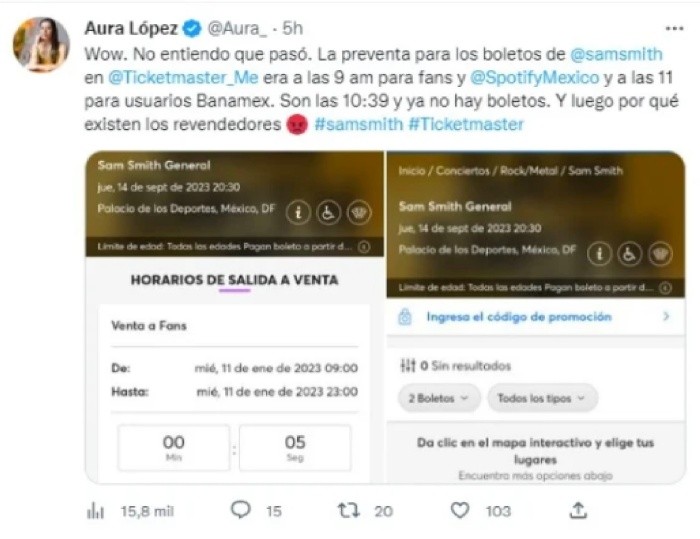 While the technology specialist Aura López, who was also looking for tickets for the concert, published: “if the pre-sales lasted 3 minutes and many of us did not reach anything, what to expect from the general sale? Will they be the resellers? Will Ticketmaster have an “alliance? “With them? Is it fraud, mafia or mere coincidence that Sam Smith’s tickets ran out? (sic)”.

If the pre-sales lasted 3 min and many of us didn’t reach anything, what to expect from the general sale? Will it be resellers? Will have #Ticketmaster an “alliance” with them? It will be fraud, mafia or mere coincidence the tickets of @samsmith? �� https://t.co/Mfh88q0mzK

When is the Sam Smith concert in CDMX?

Sam Smith returns to Mexico this 2023 as part of his tour “Gloria”to appear in Mexico City and Monterrey.

In Mexico City, the British singer will perform at the Palacio de los Deportes on September 14.

Tickets will go on sale within a few days for general users.

How to join the Class Action against Ticketmaster?

If when you buy your tickets they are unilaterally canceled by Ticketmaster or you were affected by the refusal to refund the amount paid, you must present the following documentation: 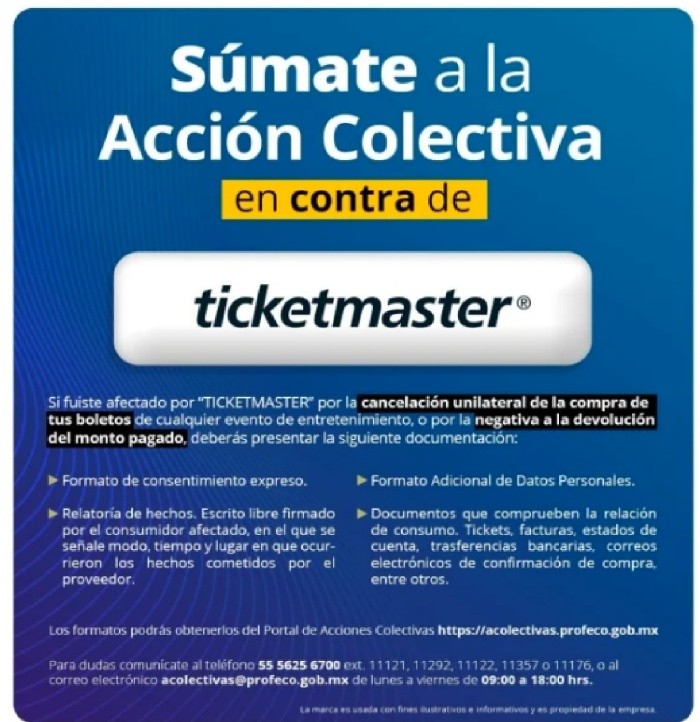 Chris Pratt could be this DC Comics superhero

Artificial intelligence: Tom Hanks will “rejuvenate” by the hand of Robert Zemeckis

Dave Bautista explains why he is leaving Marvel

All-Star Superman as an inspiration for the character in the DCU? James Gunn suggests it