The Noma had to close: how haute cuisine restaurants fell into the same trap as laboratories

“Financially and emotionally, as an employer and as a human being, it just doesn’t work,” this is how René Redzepi explained in an interview in The New York Times why Noma will close its doors in 2024. We’re not talking about a neighborhood bar, or a beach bar: we are talking about a restaurant that has been proclaimed the best in the world five times (2010, 2011, 2012, 2014 and 2021).

But, without a doubt, the most interesting thing is that it is not an isolated case: all haute cuisine is dying and, after years of development, that’s a much bigger problem than it sounds.

And the restaurants became laboratories 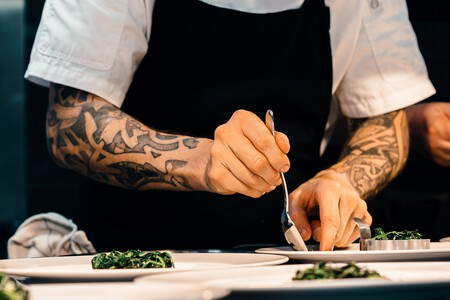 We could go back to Nicholas Kurti and his famous lecture ‘A Physicist in the Kitchen’ from 1968 or go back a bit in time and look at how, during the 1980s, Hervé This moved towards a really precise and scientific understanding of culinary processes. However, if we want to clearly identify the point at which haute cuisine stopped being just another toy for the wealthy classes and became a laboratory in its own right, we must go back to the late 90s and early 2000s.

At that time, under the heading of ‘molecular cuisine’ key figures such as Heston Blumenthal, Grant Achatz and, of course, Ferran Adrià burst into the stuffy haute cuisine mainstream, turning it upside down. It was a technical revolution, Yeah; but also ethics and aesthetics. One no longer went to a good establishment to eat a highly complex French preparation perfectly executed.

Restaurants were beginning to be seen as true research centers: places where the culinary experience was pushed to the limit and people never stopped experimenting with new products, new techniques and new approaches. In a few years there was a revolution that made Lhardy and elBulli seem like two radically different things.

The change was really exciting: a whole generation of chefs who had grown up in the kitchen of food houses found a way of development, creativity and possibilities that they never suspected. The problem, which nobody managed to measure correctly, is that this change was deeper than it seemed. It was not taking the traditional restaurant model one step further, it was change it completely. 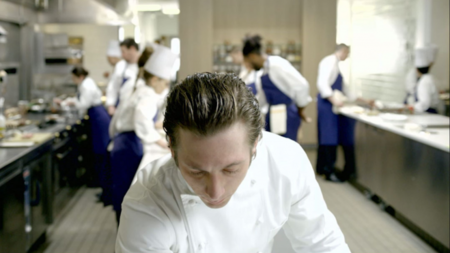 The new haute cuisine restaurants required a lot of research resources, huge staff, endless hours. Forty-five chefs were involved in creating the “Melba peach fondue”, the last dessert served by elBulli before it closed in 2011. In this sense, elBulli paved a very important path precisely by closing for entire seasons (to research and develop the new menu in what they called elBulliTaller) or eliminating services (to be able to operationally manage menus of enormous complexity). He was the first to try to make the new model viable, he was also the first to close

And that they exploited all the possibilities that lay ahead: the birth of the star chef that allowed them to exploit their personal and professional brand, a relatively virgin field of patents and a training network that offered many business opportunities (and provided almost at a bargain price). Something that René Redzepi has also exploited with great success. However, both (Adrià and redzepi) encountered a reality that any researcher suffers from: in general terms, neither basic nor applied research are profitable (and, actually, we’re not sure they should be).

Sometimes you get lucky and find things that, once patented, generate a lot of income. But that’s a one in a million chance. Even more so in a context, that of cooking, where recipes cannot be patented and, in any case, culinary techniques could be made profitable. Something complicated because, in most cases, these techniques come directly from developments carried out by scientific laboratories in previous decades. Spherification, elBulli’s flagship technique, had been developed by Unilever in the 1940s.

It’s getting harder and harder to change the world

A few weeks ago, the journal Nature published a study that, after analyzing data from 45 million scientific studies and almost four million patents from the last sixty years, concluded that science is becoming less and less disruptive. To put it black on white, “between 1945 and 2010, the rate of disruption of scientific papers has fallen 91% in the social sciences and 100% in the physical sciences.” This also applies to the kitchen.

What’s more, cooking has gone through a process similar to that followed by research in the last century in a couple of decades. We can attribute it to an increasingly bureaucratic and complex system that discourages truly original thinking (which is not a lie). But we would be wrong if we did not admit that, as the philosopher Antonio Diéguez said, our knowledge is getting better and better and, therefore, it is more difficult to discard it for a new one. Or, to put it in terms of the more radical Zamora Bonilla, scientific progress is not unlimited and, sooner or later, we will have to get used to a world that does not change.

There is still a long way to go before we get to that point, but thinking long term helps us to temper our expectations. “We have to completely rethink the industry. This is just too hard and we have to work in a different way,” Redzepi said in the New York Times interview. And, in fact, his plan involves closing the restaurant, but reconverting it (as happened with elBulli) into a laboratory from 2025. The question that remains on the table is, once again, how to make that viable.

But why should we care about haute cuisine?

“I get it, you think this has nothing to do with you. You go to your closet and select that misshapen blue sweater because you’re trying to tell the world that you take yourself too seriously to care what you’ll wear. But what you don’t know is that that sweater isn’t just blue, it’s not turquoise or navy: it’s cerulean. You’re also not aware that (…) that blue represents millions of dollars and many jobs. And it’s funny that you think you chose something that suits you exempt from the fashion industry when, in fact, you are wearing a sweater that was selected for you by people like usThe speech was given by Miranda Priestly (Meryl Streep) in ‘The Devil Wears Prada,’ but it applies almost verbatim to every modern industry. From consumer electronics to, indeed, food.

Haute cuisine restaurants are not things disconnected from our day to day. On the contrary, they are part of an enormously complex process that ends up deciding what is eaten, when and where. Because it is important to know what is cooking in those kitchens. I don’t know if haute cuisine will end up being assimilated with conventional scientific and technological research; In other words, I don’t know if we will end up having large public culinary institutes, but we would be making a mistake by disengaging from a sector with enormous power to shape trends right on the threshold of one of the most important food and gastronomic revolutions in history.

Microsoft would invest more than $10 billion in Open AI, the creator of artificial intelligence that can do your tasks | Ruetir.com