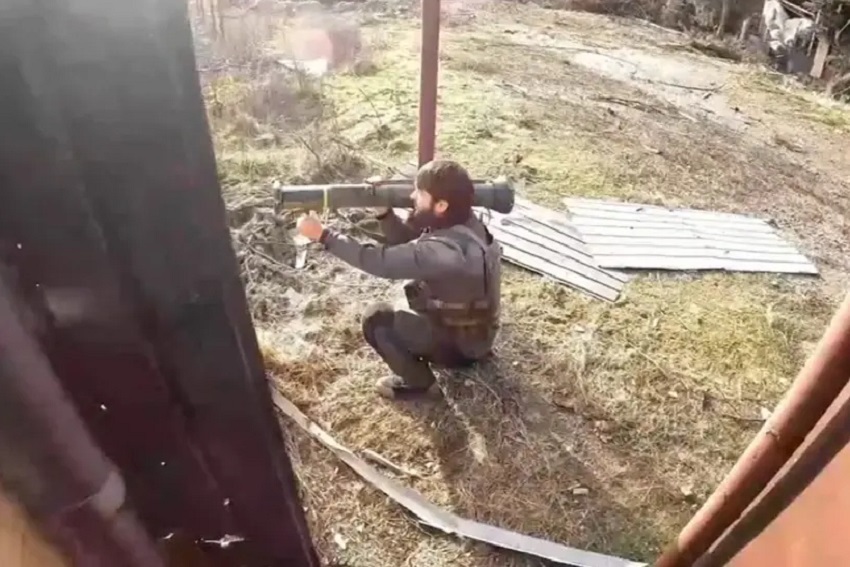 The Intelligence Directorate of Ukraine showed video of the jihadist firing an anti-armor weapon in the town of Bakhmut, Donbas, last Saturday.

Weapons researcher Caliber Obscura, as quoted by the Jerusalem Post, Wednesday (11/1/2023), identified the weapon Azhiev used in the Ukrainian war as an AT-4 anti-armor weapon.

Commanding a Chechen militia unit within the Ukrainian Foreign Legion—Special Purpose Battalion of the Chechen Republic of Ichkeria Ministry of Defense—Azhiev was the Islamic emir of Ajnad al-Kavkaz.

Ajnad al-Kavkaz is a group that fought during the Syrian Civil War and comprises Chechen militiamen who are in exile after coming to Turkey for medical treatment or temporary protection following the Second Chechen War.

In Syria, Ajnad al-Kavkaz is fighting against forces of Syrian President Bashar Assad’s regime. According to The Intercept, at the time Ajnad al-Kavkaz was allied with Jabhat al-Nusra and other al-Qaeda-linked groups.

However, Azhiev rejects the terrorism label applied to his group, telling The Intercept in a 2016 interview that Ajnad al-Kavkaz’s policies do not target women, children, or the elderly.

According to researcher Joanna Paraszczuk of Chechen origin in Syria, Ajnad al-Kavkaz has issued statements against ISIS and against the targeting of civilians.

These 5 games have made their premieres on Nintendo Switch: Lucy Dreaming, Rear Sekai and more - Ruetir.com