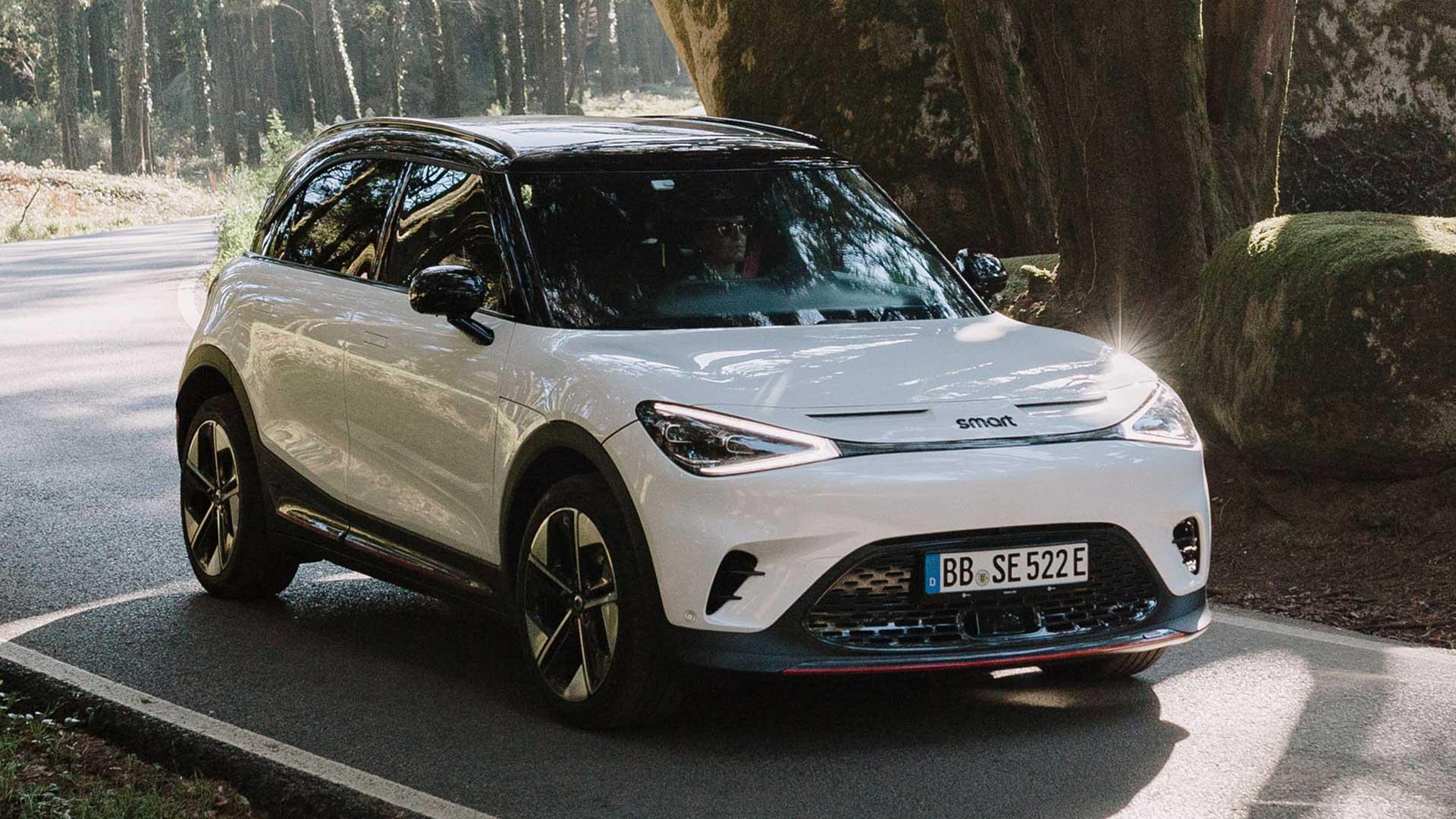 Okay, before we go any further: first that name. This is the Smart #1. And yes, you should really say ‘Hashtag One’, in full, as someone who has just discovered ‘the internet’. It’s not ‘number 1’ nor just ‘One’ or ‘One’. Says Smart, so it is.

Incidentally, this is even crazier than it seems, because you can’t give the thing a decent hashtag online (after all, ‘#smart#1’ doesn’t work, and a separate ‘#1’ isn’t going to be it either). A hilariously failing piece of interesting stuff…

Okay, so this is Smart’s first new car in its current capacity, after the company experienced a rebirth in 2020 as a 50/50 joint venture between Mercedes and the ever-expanding Chinese conglomerate Geely. In terms of size, it resembles a Mini Countryman, but underneath it is based on a platform that Geely had previously developed, especially for EVs.

The versions of the Smart #1

There will be two trim levels, called Pro+ and Premium. There will also be 1,000 units of a fully loaded Launch Edition, plus a fast, 428 hp Brabus version. The ‘normal’ versions each get a 272 hp and 343 Nm strong electric motor that drives the rear wheels. Although the numbers are identical, the more expensive Smart #1 Premium has a different motor and converter, giving it a slightly longer range of 440 kilometers.

The Pro+ has to make do with 400 kilometers. The engine is good for more than enough punch and the immediate pulling power provides an extra flashy feeling. The suspension is on the soft side, but the wheels are on the extreme corners of the body, so overhangs are minimal and it turns in quite sharply. Just don’t expect too much feeling in the steering or the brake pedal.

The interior of the Smart #1

On the inside, just about everything is controlled via the infotainment’s 12.8-inch screen, which seemingly uses chips and processors from the gaming world. The display offers unnecessary information and confusing graphics, but at least it responds quickly and there are hot keys for the heating and air conditioning.

Android Auto and Apple CarPlay are not yet available, but that will soon change, according to Smart. Oh, and we need to talk about the fox at the bottom of the screen. It should be a kind of virtual travel companion, but for the time being it only seems to be able to operate the navigation and side windows via voice commands. Usually he’s just sitting in a corner of the screen holding up a beach ball. Peculiar.

So it’s a bit of a confusing first attempt from the new Smart. The #1 could make a great family EV thanks to its bubbly yet practical shape and strong Geely base. It’s not the most visually appealing offering in the segment and it could prove difficult to convince people that Smart is now making mainstream five-seater crossovers rather than quirky city cars.

The beautiful and high-quality interior will convince quite a few buyers. In terms of price, the #1 is at the level of the more or less comparable Hyundai Kona / Kia Niro, but the Brabus seems almost a bargain with its 428 hp for less than 49 grand. Hashtag a #to keep an eye out.

Specifications of the Smart #1 Premium

Ignored by Shin Tae Yong in the National Team, this 20 Years Player Sets a Record, Goals Like Gareth Bale

Virginia loses more than 3,000 euros due to a blunder!

Yes please! Very soon there will be an extensive presentation of Armored Core VI | Ruetir

They leak a new League of Legends game; will star Sylas | Ruetir