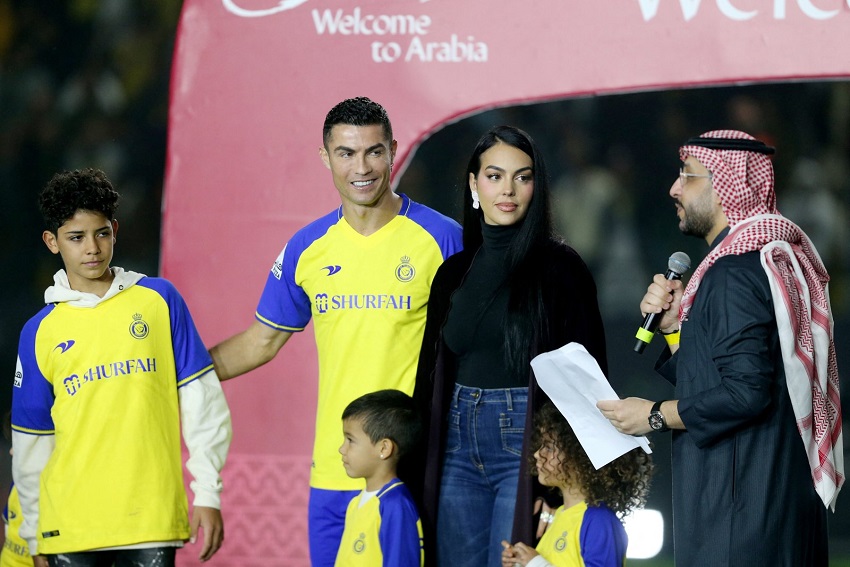 Saudi Arabia prohibits the practice of couples cohabiting or living together without being married. However, there is an exception for Cristiano Ronaldo. Photo/REUTERS

RIYADH – Kingdom of Saudi Arabia adheres to strict sharia or Islamic law, including forbidding couples from living together without marriage ties. However, Riyadh gave an exception to football stars from Portugal Cristiano Ronaldo .

The exception to Ronaldo’s “hangout” ban was deemed an added bonus after he struck a high-profile deal with Saudi club Al Nassr for the most expensive single contract in football history.

Ronaldo, 37, signed a two-and-a-half year contract at the end of December with Al Nassr, a Saudi Pro League team, whose annual salary is reported to be £175 million per year.

Ronaldo’s long-term partner, Argentine-born Spanish model Georgina Rodriguez, was beside him at last week’s lavish welcome. Rodriguez and will live with Ronaldo in Riyadh with their five children, two of which he has with Rodriguez.

But according to two Saudi Arabian legal experts who spoke to TYC Sports Spain, the Saudi government has agreed to make an exception for Ronaldo and Rodriguez because of the global intrigue and increased profile that Ronaldo’s signing with Al Nassr has brought to the Saudi football world.

“Although royal law still prohibits cohabitation without a marriage contract, the authorities have recently started turning a blind eye and are no longer prosecuting anyone,” said one of the experts.

Another expert added: “Nowadays the Saudi authorities no longer interfere in this matter – for expatriates – even though the law prohibits living together without being married.”

Van den Belt finishes season at PEC: “Don’t want to lose him in race for title”

In the United Kingdom a very large strike is scheduled for today which could involve up to 500,000 people

Everything about the Community Day of February 2023, focused on Noibat - Ruetir.com

If we want to colonize the Moon we need oxygen. NASA’s solution: a huge pipeline from its south pole

Because of this, the President of Vietnam has resigned