Russian Foreign Minister: The West Puts Pressure on Every Country I Visit 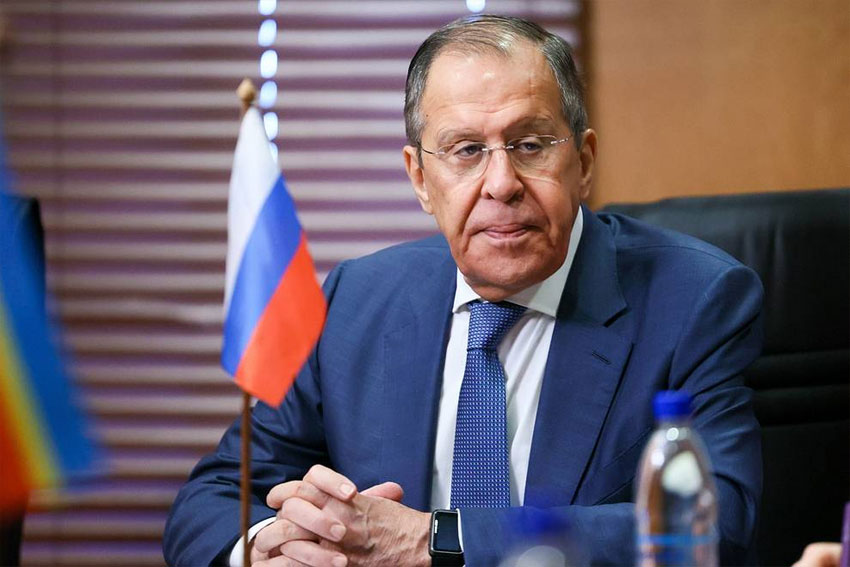 The Russian foreign minister said the West puts pressure on every country he visits. PHOTOS/TASS

MOSCOW – Minister of Foreign Affairs Russia Sergey Lavrov said that wherever he travels, the West tries to make the host country behave the way it wants it to United States of America (AS).

“I’m not surprised that wherever I go, our Western colleagues try to issue some warnings and get the host country to behave in a way that Americans would want,” Lavrov said, as quoted by TASS.

Baca: Lavrov: What Happened in Ukraine is the West’s Real War with Russia

“We really appreciate and respect the position of all our partners. Who in such a situation is not guided by the orders of the former colonial powers and those who want to dominate the world now, but is guided by legitimate national interests,” Lavrov continued.

According to Lavrov, many of the country did not hesitate to talk about it openly. “We cannot change our Western friends and make (them) behave decently, democratically,” Lavrov said.

Lavrov also said the West is worried because the domination it has enjoyed over the last five centuries is disappearing as a multipolar world begins to take shape. According to him, world centers such as China, India, Turkey, Egypt, the African continent and Latin America cannot be ignored and determine how they should develop.

Baca: Lavrov: The US Is Not Strong Enough Against China and Russia

“We understand the painful feelings of the US and Europe, because the structure of international relations is changing, becoming multipolar, polycentric,” Lavrov added.

Russia continues to work to strengthen relations with a number of African countries. Most recently, Moscow expects a second Russia-Africa summit to take its relationship with the continent to a new level.

“We are talking about preparations for the second Russia-Africa summit which will take place in St. Petersburg. Petersburg in July. We believe that the results will be based on the work that has been carried out since the first summit, which was held in Sochi in autumn 2019,” said Lavrov.

The old way to avoid electoral fraud with indelible ink

Watch out! Post-Earthquake Turkey Viral Photos and Video Hoaxes, One of which is a Photo of This Little Boy’s Heartbreaking

Cruel! A Father Has the Heart to Torture Two of His Own Children, One Dies

Pokémon: This is how Dragonite should look like following the style of Dragonair – Ruetir.com

Jay-Jay Boske becomes a father: ‘Incredibly proud and in love’

Police Pursue Two Suppliers of Marijuana and Methamphetamine to Actor Revaldo, who is now a DPO

The series of ‘The Last of Us’ has aroused unprecedented interest: sales of the game for PS4 and PS5 have skyrocketed