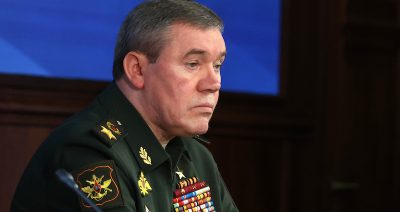 Valery Gerasimov, chief of the army for ten years, is the new commander of Russian operations in Ukraine: the Russian Defense Ministry announced on Wednesday. Gerasimov is 67 years old and is considered one of the main exponents of the “inner circle” of Russian President Vladimir Putin, who appointed him Chief of Army Staff in 2012, and is considered one of the main supporters of the Russian invasion of Ukraine.

Gerasimov will succeed Sergei Surovikin since October 2022, who was already known for his brutal war tactics against civilians and population centers before his appointment and who will henceforth be one of Gerasimov’s three deputies . In justifying the replacement after just three months, the Defense Ministry spoke of the need for “greater efficiency” of operations in Ukraine. Gerasimov is known, among other things, for the so-called “Gerasimov doctrine”, which provides for what is called “hybrid warfare”, in which military operations are added to other less conventional ones. Talk of the “Gerasimov doctrine” began in February 2013 and was largely applied as early as 2014, the previous time Russia invaded Ukraine.

The replacement of Surovikin with Gerasimov has been interpreted by many as a sign of the difficulties that Russia continues to have in its military operations in Ukraine.

Home, the EU prepares the green squeeze. Here's who will be forced to restructure

Arsenal strengthens lead with victory in derby after Lloris blunder