Pope Francis Says Homosexuality Is Not a Crime 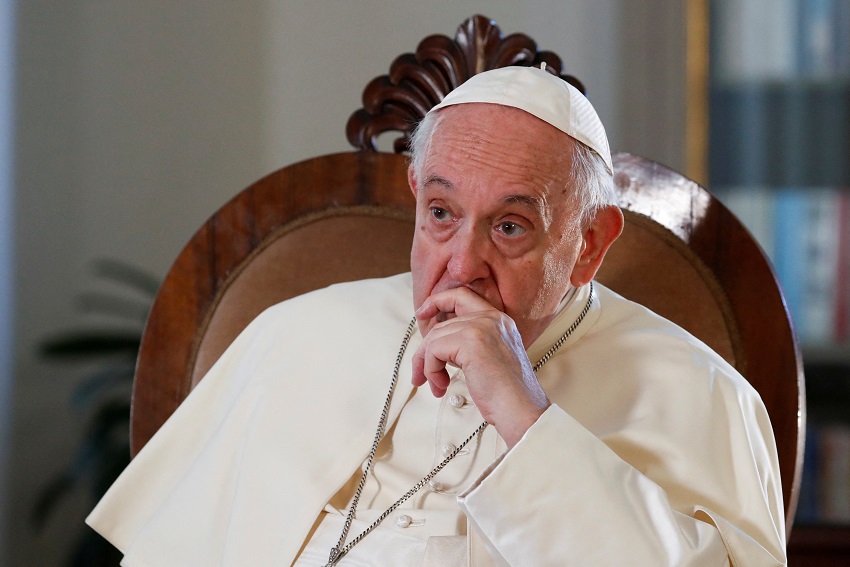 Pope Francis says being homosexual is not a crime. Photo/REUTERS/Remo Casilli

VATICAN – Pope Francis Head of the Catholic Church, said to be homosexual is not a crime.

He also called on Catholic bishops who support the law criminalizing homosexuality to welcome LGBTQ (lesbian, gay, bisexual, transgender, and queer) people into the church.

“Being homosexual is not a crime,” he said in an interview with The Associated Press.

Pope Francis acknowledged that Catholic bishops in some parts of the world support laws that criminalize homosexuality or discriminate against LGBTQ people, and he himself called this problem a “sin”.

But he attributed such attitudes to cultural backgrounds, and said bishops in particular needed to undergo a process of change to recognize the dignity of each person.

“These bishops must have a process of repentance,” he said, adding that they must apply “please, tenderness, as the Lord has for each of us”.

Pope Francis’ statement, hailed by gay rights advocates as a historic milestone, is the first time a pope has commented on such a law.

But they are also consistent with its overall approach to LGBTQ people and the belief that the Catholic Church should welcome everyone and not discriminate.

According to The Human Dignity Trust, there are 67 countries or jurisdictions around the world that criminalize consensual same-sex sexual activity, 11 of which can or do carry the death penalty.

This employee was praised for his courage because he dared to ask for his rights. Netizens even satirized Ganjar Pranowo’s attitude

Bobi is the oldest dog in the world: he is 30 years old

Ovidio Guzmán López: What were the damages for the Oxxo chain after a violent day in Culiacán?