One person killed and seven others injured in shooting in Oakland, California – Ruetir 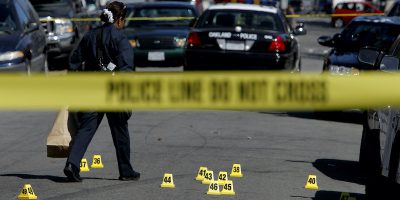 On Tuesday in Oakland, California, there was a shooting at a gas station involving several people: one was killed and seven others were injured. It is not yet clear how many people were armed and how many were shot, but based on the bullets that were found at the scene it appears that there were at least 19 shots fired. When the police arrived at the petrol station, they found no one: the people involved in the shooting had gone to the hospital on their own, including the one who later died. For the moment there have been no arrests and the dynamics of the shooting are still to be clarified.

The shooting in Oakland occurred only a few hours after two other shootings that had also occurred in California, in Half Moon Bay, 50 kilometers from San Francisco: a man had been arrested and accused of being responsible for both killed seven people. There was another gun attack near Los Angeles, California on Saturday night, in which eleven people were killed.

In these two countries, Rasmus Paludan carried out an action to burn the Koran

One Piece reveals the truth about the death of this character