Netflix: Reveal the nominees for the SAG Awards

Yesterday they announced the nominations for the 29th annual Screen Actors Guild (SAG) Awards, which gave honors to the casts of “Everything Everywhere All at Once” (“Everything everywhere at the same time”) and “The Banshees of Inisherin,” while also making some unexpected Oscar sneak peeks.

Awarded by the Screen Actors Guild-American Federation of Television and Radio Artists (SAG-AFTRA), nominations were announced via Instagram Live by Haley Lu Richardson (“The White Lotus ”) and Ashley Park (“Emily in Paris”).

The nominees for the highest award, Best Cast, are: “Babylon”, “The Banshees of Inisherin”, “Everything Everywhere All at Once”, “The Fabelmans” (“Los Fabelmans”) and “Women Talking” (“ They speak”).

Cate Blanchett from “Tár”, Viola Davis from “The Woman King”, Cuban-Spanish actress Ana de Armas from “Blonde”, Danielle Deadwyler from “Till” (“Till – The Crime That Changed Everything”) and Michelle Yeoh for “Everything Everywhere All at Once” were nominated for Best Actress.

In the Best Actor category, the following were nominated: Austin Butler from “Elvis”, Colin Farrell from “The Banshees of Inisherin”, Brendan Fraser from “The Whale” (“The Whale”), Bill Nighy from “Living” and Adam Sandler from “Hustle” (“Claw”).

The SAG Awards are considered one of the best predictors for the Oscars. It is unusual for a film or performance that is not nominated at the SAG to win an Academy Award. Actors make up the largest percentage of the Academy, so their votes carry more weight.

Usually, being left out of the cast nominations means a film is unlikely to win Best Picture at the Academy Awards. Last year all the top SAG winners like the cast of “CODA” (“CODA. Signs of the Heart”), Will Smith, Jessica Chastain, Troy Kotsur and actress of Puerto Rican descent Ariana DeBose, repeated their Oscar triumphs. .

After winning at the Golden Globes last Tuesday, “The Fabelmans” and “The Banshees of Inisherin” are seen as the main contenders this year, while “Everything Everywhere All at Once” (among the most nominated with five mentions in the SAGs) is pretty deep in the fray.

Perhaps the biggest winners were Damien Chazelle’s extravagant film about the silent era “Babylon” and Sarah Polley’s feminist allegory “Women Talking”. Prior to landing their Best Ensemble nominations (although they had no individual nominations), both films had struggled to build momentum this awards season.

In the hotly contested Best Actress category, Michelle Williams was notably snubbed by the Screen Actors Guild, though she has been praised for her role in “The Fabelmans.” Williams, who has been nominated four times, has never won an Oscar. Sandler’s nomination for the Netflix basketball drama “Hustle” was also less expected, though the actor gave one of the best acceptance speeches at the Gotham Awards in November. That nomination could have gone to Tom Cruise.

After losing its traditional platform on channels TNT and TBS, the SAG Awards announced yesterday that they reached an agreement to broadcast the ceremony on Netflix in streaming.

This year’s ceremony, scheduled for February 26, will be viewable on Netflix’s YouTube page. Next year’s will be streamed directly by Netflix. 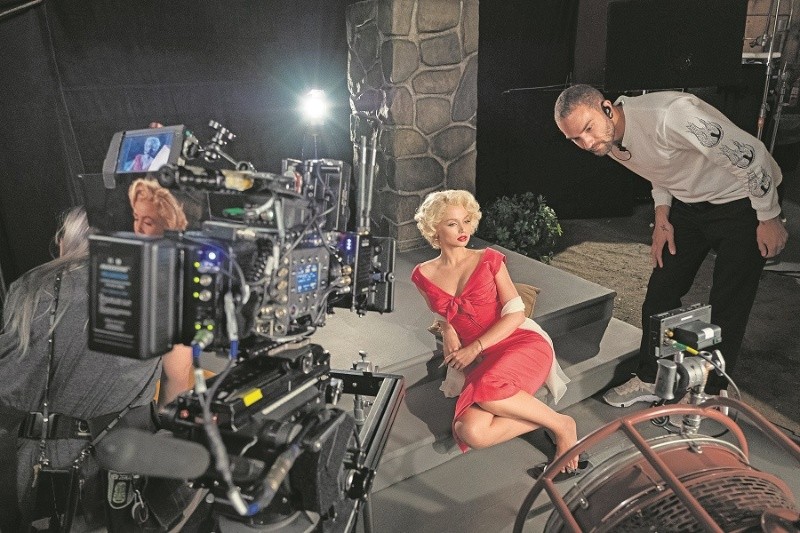 Scene from the film starring Ana de Armas, who is going for the Best Actress statuette. COURTESY

The competition of “Merlina”

The Best Actress in a Comedy Series category netted another nomination for actress of Mexican descent Jenna Ortega for “Merlina.” Ortega will compete with Christina Applegate from “Dead to Me”, Rachel Brosnahan from “The Marvelous Mrs. Maisel”, Jean Smart from “Hacks” and Quinta Brunson from “Abbott Elementary”, who was honored last Tuesday at the Golden Globes.

And the bad news continues for Gladiator 2

Splashy, This married policewoman was fired for having sex with 6 policemen

Not So Close – Review of the new film with Tom Hanks

Apex Legends and Battlefield for Mobile close their doors