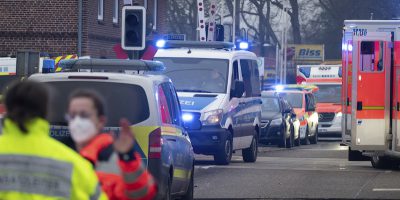 A person attacked passengers on a regional train in Germany’s northern state of Schleswig-Holstein with a knife on Wednesday afternoon, killing two and injuring five. The attack took place around 3 pm, when the train, which left Kiel, the capital of Schleswig-Holstein, and headed for Hamburg, was near the station in the city of Brokstedt. A man suspected of being the author of the attack was arrested shortly after: at the moment the German authorities have not released any information on his identity.

Pinto: “I’m not talking about Zaniolo. Dissatisfied with the transfer market”. Banner of the South against Nicolò