If you wear prescription glasses and work with screens, your company must pay you for them: this says the CJEU ruling

Companies will now have to pay for prescription glasses or contact lenses to all those employees who work with screens and need them to carry out their work. This new obligation that benefits workers is the product of a recent ruling issued by the Second Chamber of the Superior Court of Justice of the European Union (CJEU).

The text, published on December 22, in which the Spanish judge María Lourdes Arastey has been a speaker, maintains that the decision responds to a preliminary ruling question raised by the High Court of Cluj, Romania. In addition, she points out that it is not necessary for the vision disorder to have been caused by the use of the screens.

What must the companies pay according to the sentence?

The decision of the European court endorses the conclusions of the general counsel that had been presented in a public hearing on July 14 and that anticipated that the employees, with the corresponding medical examination, They shouldn’t bear the cost associated with the purchase of your glasses or contact lenses.

In this sense, the resolution establishes that companies are obliged to provide workers special corrective devices (glasses or contact lenses), as long as it is medically proven that they are necessary. This must be done by reimbursing expenses, but not by paying a general salary supplement.

Of course, apparently, accessing the glasses will not be so easy. It will be the jurisdictional court that verifies whether the glasses in question “effectively serve to correct vision disorders related to their work and not general vision problems that are not necessarily related to working conditions.”

As explained by the CJEU, the case that gave rise to its intervention is that of an official of the General Inspectorate of Immigration of the Department of Cluj (Romania) who sued his employer when he refused to reimburse him for the 2,629 Romanian lei (about 530 euros) that he had allocated to buy his prescription glasses. 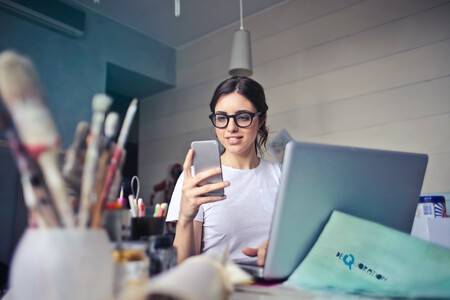 Claiming that the Romanian national health system did not provide for the reimbursement of expenses, and that his employer had also refused to reimburse him for the aforementioned amount of money, the employee appealed to the Cluj District Court. The latter, however, dismissed the claim, alleging that the conditions for obtaining the requested refund were not met.

The man did not want to give up and filed the case before the Cluj High District Court. Finally, this judicial body suspended the previous proceeding and brought the claim before the CJEU to interpret the case in light of the health regulations in work with display screens.

The insistence of this Romanian worker paid off. He managed to establish a new parameter on the obligations of companies with their workers. In this case, a measure that seeks to prevent vision deterioration while working with screens. But let’s remember, glasses aren’t the only items employers must supply.

In the case of Spain, in situations of teleworking, current legislation establishes that the company will be in charge of providing and maintaining “all the means, equipment and tools” that the worker needs. Although, it should be noted, this has certain nuances that we have analyzed in a report with experts in the field.

In Xataka: With more teleworking and less tourism, the great competition between cities is that you go to live there

Confirmed: The Legend of Zelda: Tears of the Kingdom will be more expensive, how much will it cost in Mexico? | Ruetir

What PC Gaming can I build for less than 650 euros

Beautiful! This is how The Legend of Zelda: Tears of the Kingdom is heard in Latin Spanish | Ruetir

What science says about the great debate of the Italian coffee maker: if it is better to lift the lid or not

Super Bowl: These are the Rihanna songs that the American public wants at Halftime

PHOTO Gollini enchanted by Naples, snapshot with Vesuvius and music by Geolier