“I cried all night in my sleep”, Chinese players are devastated after World of Warcraft stopped working in that country | Ruetir.com

And the terrible day came that many Chinese players did not want to live even in their worst nightmares, when the Blizzard servers in that country stopped working. This is because the agreement between the developer and the Chinese company NetEase came to an end, making games like World of Warcraft, Overwatch, Diablo III and Hearthstone unable to be part of the Chinese market. 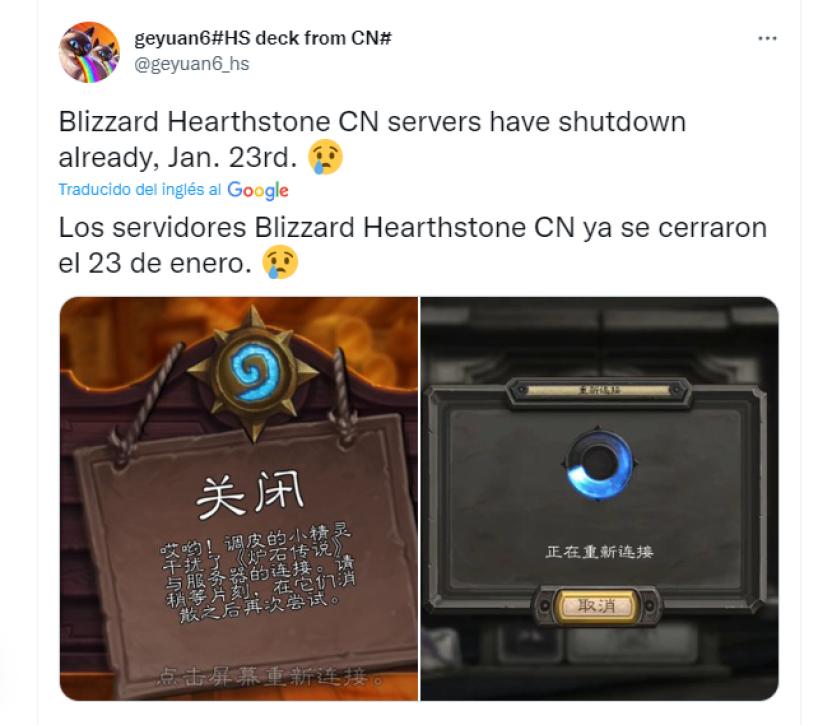 Situation that, as we told you before, had created feelings of total sorrow among the community of these games, especially among World of Warcraft players who began to say goodbye to the game, leaving messages: such as “It was not just a game, but the memories of youth of an entire generation”.

You can read: “It was not just a game, but the youth memories of an entire generation”, Chinese players say goodbye to World of Warcraft on the day the servers are closed

But now messages have been reported that seriously as a gamer are quite sad to read, such as some who, after the servers were closed and therefore could not log in to the games again, ended up crying inconsolably.

According to CNN, among the most shocking messages written by users of the Chinese social network Weibo, there is one that indicated that “World of Warcraft was like my first love” and another even more devastating that indicated: “I cried all night in my sleep because the game went offline. I dreamed that I was crying in the middle of the class.”

“When I woke up, I still didn’t want to accept it,” said the player.

For now, these millions of players can only wait for Blizzard to find a new partner to function as a foreign company within China. Something that they are already working on according to a developer spokesperson who was contacted by the same outlet, who said that they continue with “active conversations with potential partners to resume the game of iconic Blizzard franchises” in that country.

The unexpected congratulations from Alejo Sauras to Roberto Leal: "I was excited"

Streamer uses an electroencephalogram (EEG) to play Elden Ring with his mind and it’s amazing | Ruetir.com

Correa, one flop leads to another. And Lukaku is not even seen: the attack has come off