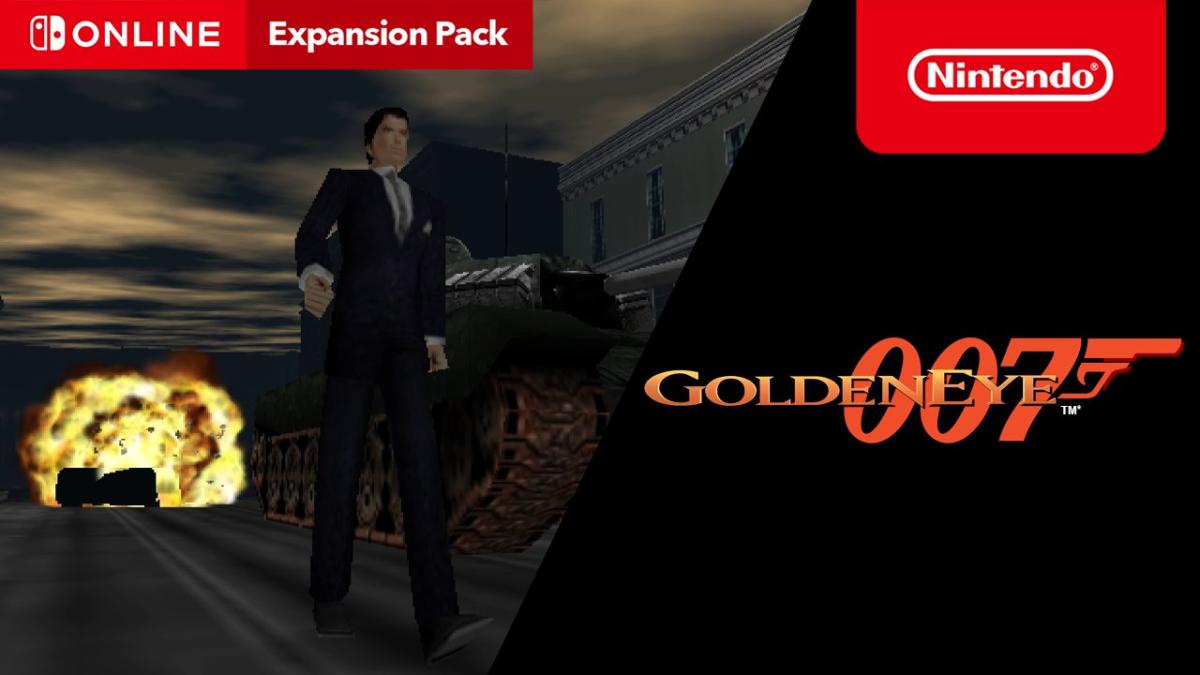 One of the most famous shooters of all time is finally joining the N64 Virtual Console catalog on Nintendo Switch. GoldenEye 007 of N64 debuts in the hybrid in just a couple of days to the delight of fans of James Bond.

After being announced a while ago, Nintendo has finally confirmed its release in Nintendo Switch Online + Expansion Pack. GoldenEye 007 Coming to Virtual Console on January 27 and it does so with online multiplayer under its arm. Take a look at the trailer:

Enter the world of espionage as Bond in GoldenEye 007. Your covert operation is to stop the GoldenEye satellite weapon at different locations around the world. You’ll infiltrate underground bases, charge alongside a military train, and sneak through the depths of a dense jungle, the synopsis reads.

Along the way, M will inform you of your objectives and Q will support you with a whole arsenal of gadgets, but the final success of the mission depends only on you.

The port of Nintendo Switch Online + Expansion Pack includes the multiplayer that hit so hard at the time with local mode and online mode for up to four playersexclusive functionality of this edition.

GoldenEye 007 is one of the reference titles of the British agent in the world of videogames and one of the most beloved N64 games at the time. We remember that it was released in 1997 by Rare. Wii also had an enhanced edition.

For those of you who are not familiar with the Switch Expansion Pack, this extra service within the paid subscription allows access to extras such as Mario Kart 8 Deluxe – Extra Tracks Pass, other N64 games or Animal Crossing: New DLC. Horizons – Happy Home Paradise.

And be careful, we must not confuse this version that comes to Nintendo Switch Online with the one that Rare is preparing for Xbox Series X | S and Xbox One that includes 4K graphics, a higher fps rate, panoramic resolution and more.

The reign is over! PlayStation 5 already sells more than Nintendo Switch in Japan | Ruetir

Will you reveal it on February 8th? Expectations that Google will announce the long text robot

Among Us: InnerSloth changed this detail of the game so as not to violate a law | Ruetir

Will Armored Core VI be hard like Dark Souls and ELDEN RING? FromSoftware reveals it | Ruetir

The TikTok algorithm is human: this is the button that viralizes the videos