As part of the special on Hogwarts Legacy published in the issue #048 of Game Proand which you can find published in an extraordinary way on Gamesvillage at this link, here is theexclusive interview released by Troy Johnson Spells, Game Designer of the title, a Eva Sturlese last January 18 in Milan. 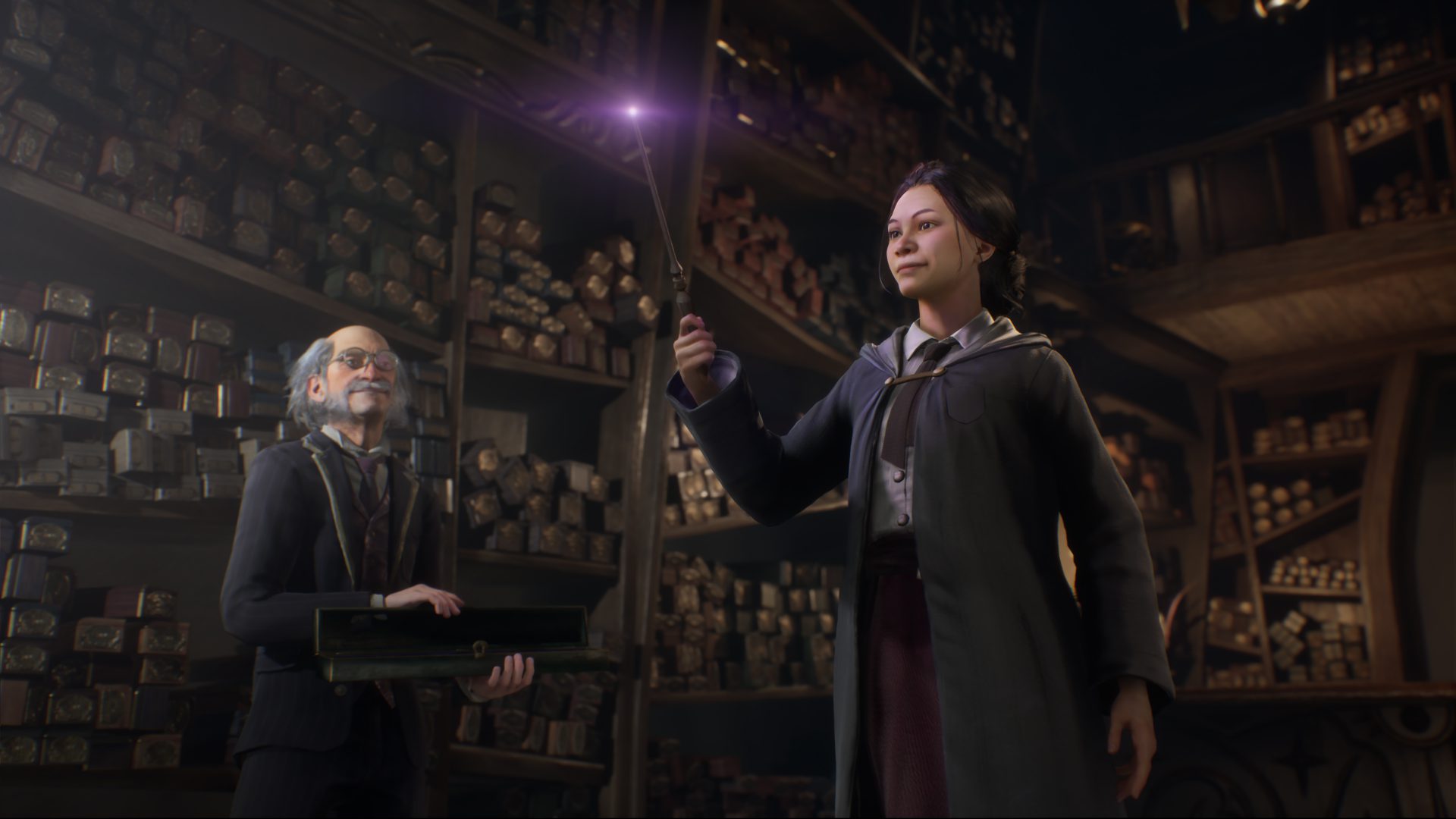 Game Pro: Good morning, Troy, thanks for making some time for us. Let’s start with the first question: in the videos already released we note the presence of unforgivable curses; Does their possibility of use derive from the player’s moral choices? How much will this type of choices affect the progress of the story and the development of one’s skills?

Troy Johnson Spells: There is no system of real moral choices, but the player has the opportunity to make many choices during the game: he can decide when to learn certain spells, which tools to use and how to develop his own combat strategy, and you can choose what kind of person to be thanks to the character creator. All these factors are an essential part of making sure that the player can approach the title in the way he prefers. You were right to ask whether everyone has to learn unforgivable curses, because the answer is no: you don’t have to learn them if you don’t want to. It is an optional choice, you can learn them and choose not to use them. We made sure that choice is a central element of the game experience, in fact the decisions of the players will also influence the relationships with the other characters and some elements of the game will take shape according to them.

GP: We have ascertained that the player will have reference figures among his classmates. Are these characters who will be supporters in missions or can they be used in combat for team challenges?

TJS: The story is obviously focused on the player as a single. However, there are some special characters with whom you will carry out missions. This is the relationship that can develop with them, but it is still the player who decides which missions and adventures to carry out. 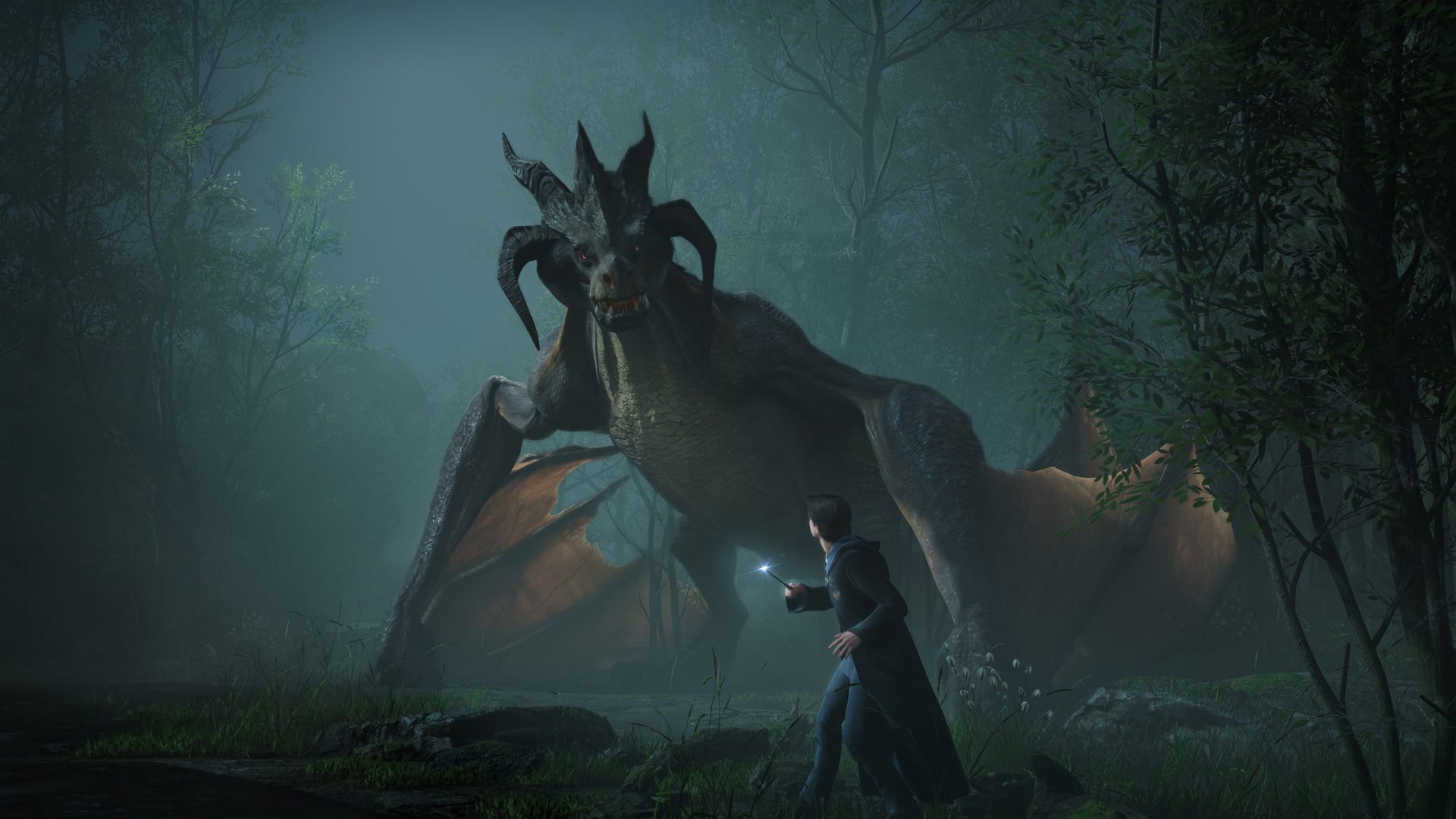 GP: We have to ask this by force: why is Quidditch not part of the activities you can do at Hogwarts? If Hogwarts Legacy represents the possibility for the user to create his own experience within the school, don’t you think Quidditch should be part of it?

TJS: Good question. To satisfy the user’s fantasy of exploring Hogwarts in all its aspects and being able to be and develop themselves during the game, we had to focus on the elements that distinguish a RPG. We made sure to focus all our attention on these aspects to develop a story rich in detail and an equally rich game environment. The scope for exploration is immense, there were so many fantasies to fulfill that we made sure we focused on that. We have provided the possibility to fly on the broom as a means of transport and to have some competitions. Quidditch is still part of the game universe: you can get, for example, the uniform to wear, but we have chosen to focus more on the role-playing characteristics.

GP: Did allowing the user a highly customizable experience affect the decision to opt for the single player mode?

TJS: I can’t tell you if customization was the thing that made us opt for single player in particular, but we knew we wanted to make sure the story was rich in detail and the player was at the heart of it. The player as himself, as a star, as a hero, the reason behind it all – that was the main reason. The character creator serves just to feel like yourself, allowing you to express your true personality. The room of necessities, on the other hand, is another fantastic space where you can be yourself by personalizing every detail. I spent hours recreating that room, because it’s so much fun to be able to make it your own.

GP: In Hogwarts Legacy, interaction with different animals from the wizarding world seems central. Can we expect new creatures that didn’t even appear in the Fantastic Beasts saga or described in Newt Scamander’s book?

TJS: I’ll be honest: I’m not sure. I can tell you that we have made sure to respect the tradition and culture behind it: it is an authentic experience within the wizarding world, one that fans will be satisfied with and will recognize that we ourselves are indeed fans of the saga. We wanted to make sure we were creating an experience that was part of that magical world we all love.

GP: How do you expect the title to be received by the most attentive fans of the Harry Potter saga who are already gamers?

TJS: We wanted to make sure that all fans of the saga could enjoy the game, and we wanted to make it accessible to everyone, while making sure everyone enjoyed it. But we’ve been gamers for decades. We love video games and we love the wizarding world, so we are absolutely certain that gamers, especially if they are fans of the saga, will love Hogwarts Legacy. 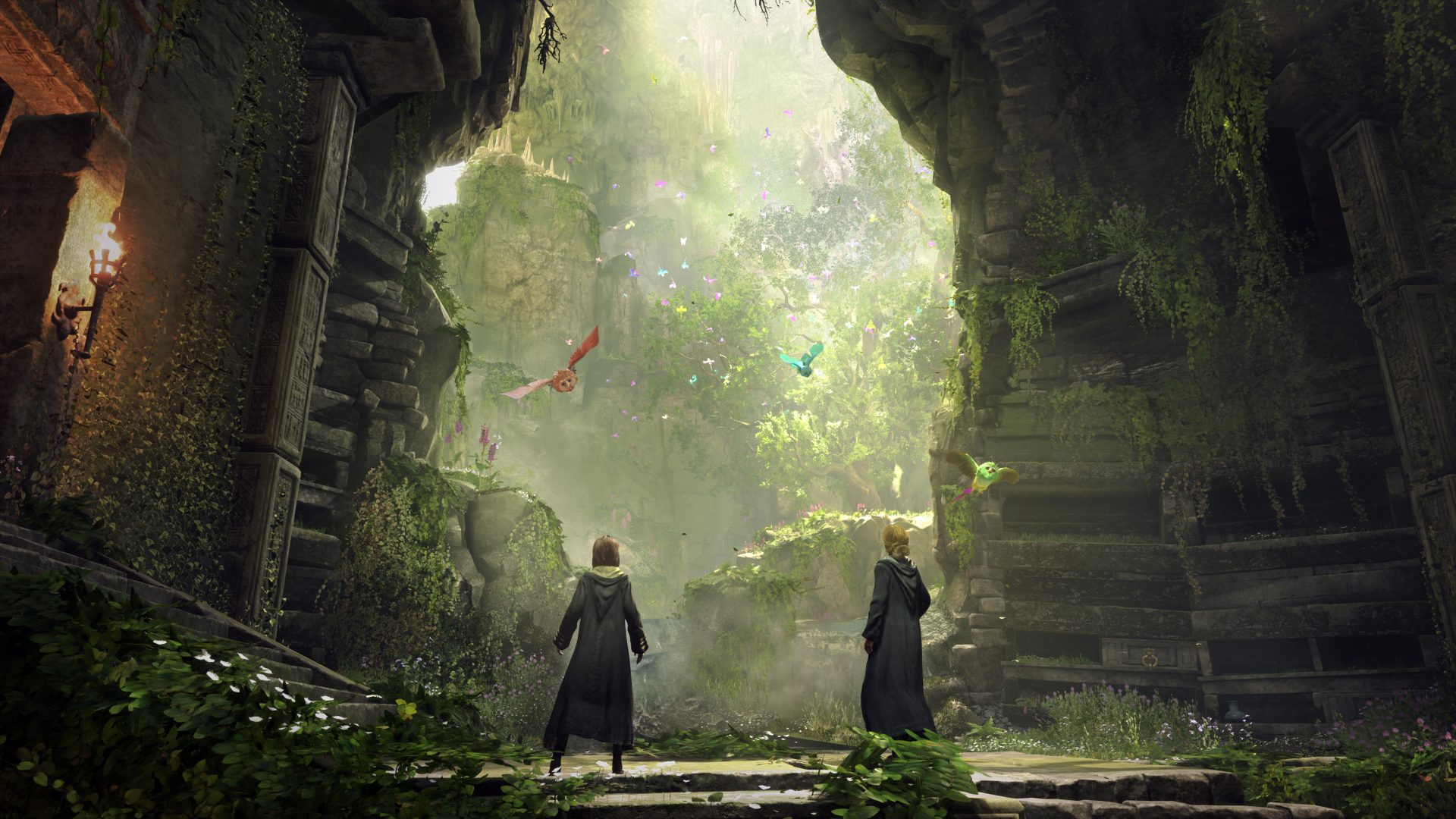 GP: We know that the open world mode will allow the player to explore places outside Hogwarts: will we have the opportunity to discover unexplored places, compared to the literary and cinematographic saga?

TJS: Yes. I’ll just say yes, I don’t want to give any spoilers.

GP: All right, we can settle! Since you’re a fan too: what’s the main reason a Potterhead shouldn’t miss Hogwarts Legacy?

TJS: I think all fans have dreamed at least once, if not hundreds, of being able to go to Hogwarts. To finally be able to be there, explore the school and immerse yourself in all the experiences it has to offer is the main reason, along with everything else: to explore the lands beyond the school, Hogsmeade, the Forbidden Forest and beyond… Through it all , you have the opportunity to live your fantasy in any way and place you want to live it.

GP: With regard to the creation of the game environments, did you build on the data collected for the films or did you carry out new field research and surveys?

TJS: We made sure that the themes, locations and styles of the wizarding world are obviously recognizable from the first moment you start the game. At the same time, our team flew to Scotland to collect new data, because we wanted the game experience to be authentic also from the point of view of the environments. 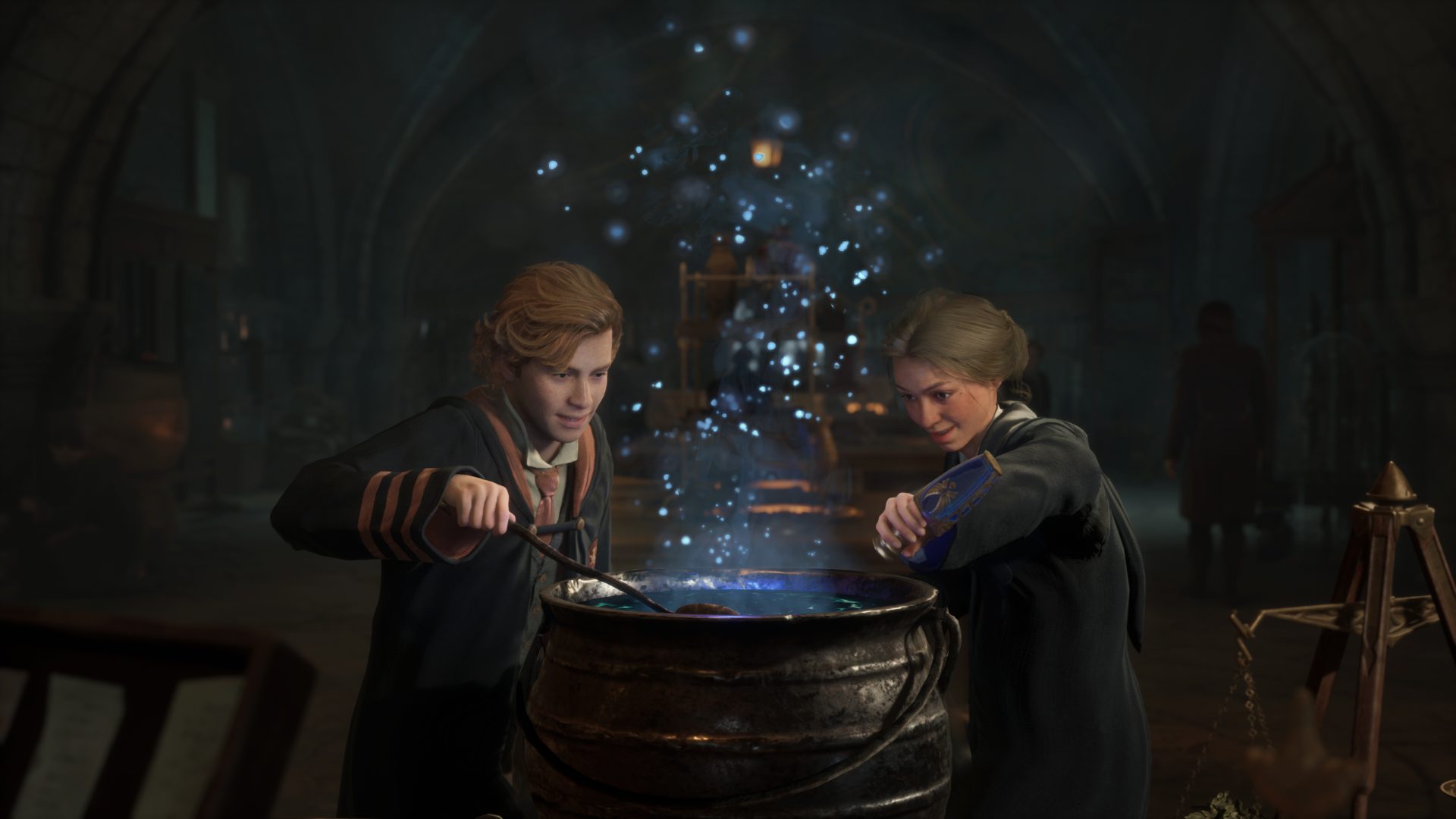 GP: The style and detail in which Hogwarts is presented differs somewhat from the portrayal in the saga. Is the motivation historical or of another nature?

TJS: In part, that’s because the game takes place around 100 years earlier than the books, but it was also the first time anyone had to deal with the layout of the rooms, making sure that the different areas of the castle connected to each other and positioned in the same way. right way. You can actually go anywhere in the castle, even via secret passageways. We’ve spent years on all of this, making sure to honor and preserve the details of history and lore, but creating something that you can actually explore firsthand and become passionate about.

GP: We know you’ve worked on spell design yourself – what were the biggest challenges with that?

TJS: The goal was to make the player feel like they could master the magic. The important thing for us was to give the possibility, as you learn the spells, to be able to choose which spell to use and when to use it. The mixing and combining of spells is up to the user. The challenge was figuring out how to allow choice and how to make spells work between them. We worked on it starting from the mechanics and trying different combinations of commands. What we’ve come up with is really very fluid, and I think we’ve come up with being able to make the player aware of his magical abilities.

GP: Last question, but not least: which House do you belong to?

TJS: I am proudly a Ravenclaw!

Apex Legends Mayhem: gameplay and details for the Deathmatch mode, but not only! | Ruetir.com

Like a Dragon: Ishin! shows new and extensive gameplay

“Good intentions require a different mindset”, that’s how you keep them up!

“When lupus attacks the kidney”: “Belìmumab effective and safe against lupus nephritis”