For months now around Bakhmut, a town in eastern Ukraine not far from the larger city of Donetsk, the Russian and Ukrainian forces have been fighting a very harsh war of attrition, which in addition to having effectively destroyed the city and all its surroundings is causing heavy losses on both sides. Just these days, the Russian forces are advancing on Soledar, a small inhabited center which is located about fifteen kilometers from Bakhmut and which has been almost completely occupied.

Bakhmut and its surroundings have neither singular strategic importance nor exceptional military value, and Russia’s persistence in conquering this town has been the subject of various analyzes in recent months. But Bakhmut’s battle is also interesting for the Ukrainian response. Instead of facing the Russian offensive with diversionary maneuvers and avoiding direct confrontation, as happened in the past, Ukraine is responding frontally to the Russian army, even at the cost of suffering heavy losses, with the intention of obtaining greater advantages in the long run .

Also for this reason, many experts believe that in the coming months in eastern Ukraine there will be a war of attrition, i.e. a war without major maneuvers and without major advances, in which the two armies face each other head-on, fighting house to house in urban areas and digging trenches in rural areas. This type of war obviously generates heavy losses on both sides and is different from other circumstances of the Russian invasion, when the Ukrainians preferred to adopt techniques more similar to guerrilla warfare, and avoid direct confrontations, especially at the beginning of the conflict.

As the New York Times noted in a report, Ukraine is trying to repeat the experience of the battle for Donbass in the spring of 2022, when Russian forces, having withdrawn from Kiev, launched a large-scale offensive scale across large parts of eastern Ukraine, aiming to capture as much territory as possible. They achieved some fairly substantial successes in the first months of the offensive, but were then stopped by resistance from the Ukrainian army, which gradually began to improve its position as supplies of more powerful Western weapons, such as HIMARS rocket launchers, arrived in the country.

Ukrainian soldiers in the trenches around Bakhmut (EPA/GEORGE IVANCHENKO)

The Battle of Donbass in spring 2022, which began as an attempt by Russia to break through to eastern Ukraine, instead turned into a battle of attrition in which Russia expended its military forces and means, while the Ukraine was gradually supplied with new weapons from the West. According to analysts Rob Lee and Michael Kofman, this costly war of attrition in the spring set the stage for Ukraine’s counter-offensives in the autumn, when first at Kharkiv in the northeast and then at Kherson in the southeast, Ukraine managed to to drive back the weakened Russian army.

“Moscow decided to throw its forces into a costly war of attrition in the Donbass with no clear strategy for ending the war. The tactical successes (Russians, ed) in the Donbass in May and June thus led to a strategic failure in the autumn», wrote the two experts on the website of the Foreign Policy Research Institute, an American research centre.

In Bakhmut, Ukraine is directly facing the Russian offensive, also suffering heavy losses, in an attempt to repeat what happened in the spring. The idea is to take advantage of the winter, where the possibilities for extensive maneuvers are limited also due to the very low temperatures, to wear out the Russian forces as much as possible, and hope in the meantime that new supplies will arrive from the West. In recent weeks, Western countries have promised to send powerful Patriot air defense systems and dozens of light tanks, or armored vehicles, to Ukraine. Furthermore, there is increasing talk of the possibility of sending heavy tanks that would have a strong impact on the battlefield, such as the British Challengers or the German-made Leopards.

There are obviously some big differences between the Russian offensive in Donbass last spring and the current offensive in Bakhmut: the first is that, compared to the spring, Russia has started a partial mobilization of its population, which has allowed the army Russia to acquire hundreds of thousands of new soldiers. These soldiers are inexperienced and often poorly trained and poorly equipped, and so far their impact on the battlefield has been limited. But even so, the partial mobilization shows that Russia has the capacity to draw on fresh forces, and that it might be more difficult for Ukraine to imagine that it can once again exhaust the Russian military.

Furthermore, it will be necessary to understand how many and which weapons the West will continue to send to Ukraine. It is probable that new missile systems and above all new land-based armored vehicles, such as combat tanks, will be needed. So far, however, Western countries have been rather reluctant to supply the Ukrainian military with weapons of this type, for fear of provoking Russia too much.

In any case, in the coming months the battle around Bakhmut (and in other areas of the front) could turn into an even tougher war of attrition, in which the losses will be very high. Speaking of the small town of Soledar Hanna Maliar, the Ukrainian deputy defense minister, said that “the area around our positions is littered with the bodies of enemy soldiers.” 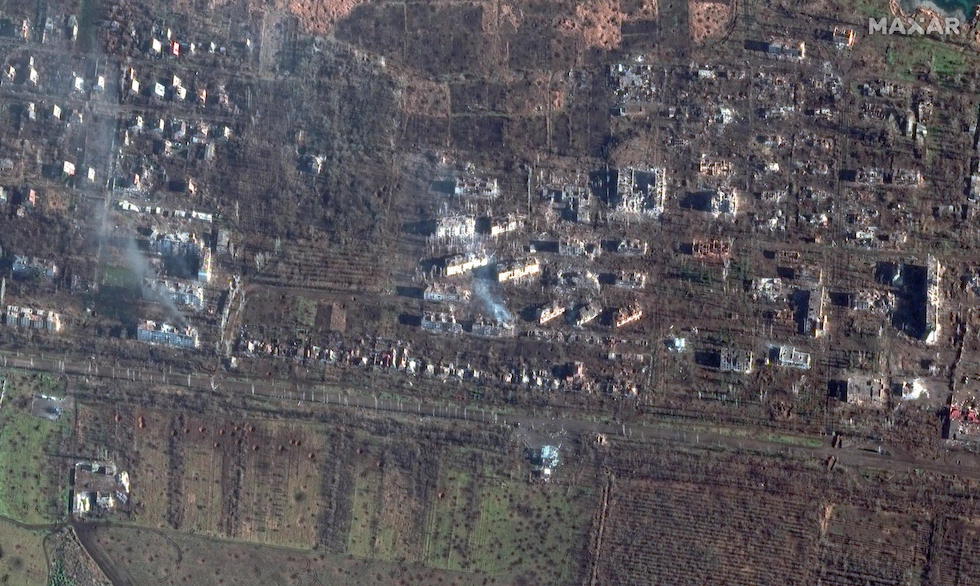 It is not entirely clear why Bakhmut has become the area where the fighting is by far the toughest in all of eastern Ukraine. Russia has been obstinate for months in trying to conquer the city which has never had particular strategic value, but which is now assuming an increasingly strong symbolic value.

This offensive seems more than anything else the result of the insistence of the Russian leadership in obtaining a concrete result to be presented as a victory on the field. In particular Yevgeny Prigozhin, an ally of Russian President Vladimir Putin who commands the Wagner mercenary group engaged in Bakhmut, according to various analyzes would see a victory in the city as a way to improve his political position in Russia.

During the war, Prigozhin became by far the most powerful person in Russia after Putin, and in recent months he has assumed an informal defense minister role, often influencing strategic decisions throughout the military and overshadowing Sergei Shoigu. the defense minister.

Sweden believes it has the largest reserve of rare earths in Europe. If so, it will end our dependence on China.

Hulk smash! The Green Goliath displays his true power by crushing an army of Ultron robots