At the Gare du Nord in Paris, one of the city’s main train stations, a man injured six people with a stab weapon – Ruetir 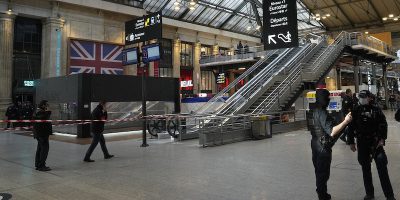 A man in Paris Wednesday morning injured six people at Gare du Nord, one of the city’s main train stations, using a weapon that police described as a knife or blade. One of the six people was seriously injured.

According to information provided by the French Interior Minister, Gérald Darmanin, the man was blocked by some policemen who were not on duty at the time and were returning home after a night shift. Three shots were fired to stop him, and the man was then taken to hospital with serious injuries. He had no documents with him and has not yet been identified.

Speaker of the Russian Parliament: US President Joe Biden Terrorist

Roger Waters to the UN Council to the presidents of the USA, Russia and Ukraine: “Find an agreement on a ceasefire”

Biden Flooded with Screams of Members of Congress During his State of the Union Address, Here’s the List