Almost 2 million Italians without a family doctor by mistake Regions

by Ruetir
in Health
0 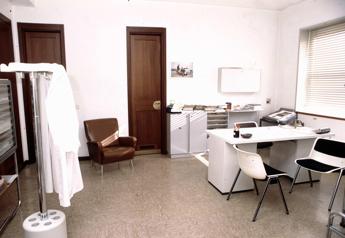 For a mere interpretative error, some Regions have decided to prevent doctors in training from taking on temporary and general practice replacement tasks, leaving almost 2 million citizens without a family doctor, thousands of territorial continuity of care clinics (former medical guard) discovered and hundreds of territorial emergency principals without 118 doctors. The complaint comes from the Italian Federation of general practitioners (Fimmg).

“We are witnessing a scandalous paradox – comments the National Secretary of Fimmg Training, Erika Schembri – more than 5 thousand doctors who have so far guaranteed assistance to millions of citizens will no longer be able to do so, due to an arbitrary interpretation by some Regions which have decided to prevent these doctors from maintaining their positions and from recognizing them as part of the training course, for a mere doubt about the provisions of current legislation”.

In fact, already in 2018, in consideration of the emerging shortage of general practitioners – a note recalls – a law had entered into force which allows, as an exception to the previous incompatibilities, doctors enrolled in the specific training course in general medicine to hire conventional assignments; this year the law was extended until the end of 2024, also integrating it within the training course as a practical internship, with the support of a tutor (which hardly any Region has made available). And yet, despite this law making no distinction between the different types of assignment and despite the fact that the national contract also allows for their acquisition – it is reported – some Regions have decided to exclude temporary and replacement assignments, deeming the legislation ‘unclear’ . Once again there is an attempt to reduce general medicine to a minimum, to switch off the assistance guaranteed by the National Health Service. Only the citizens will pay the costs, warns Fimmg.

At the age of 101, he underwent emergency heart surgery in Empoli and is fine

Everyone is crazy about singing but be careful not to stress the voice, the advice

Killer inequalities, 32% of cancer deaths in Europe are poor and poorly educated

Eugenio Derbez: Who is the actress who claims she was the actor’s girlfriend?

Philips announces a mass layoff of 6,000 workers: there is no technology company that is free