The century of China? It won’t come. The country is in less good shape than everyone thinks

“China resembles a tanker that looks impressive from a distance – with the captain and his lieutenants standing proudly on the bridge – while the sailors desperately pump water below deck and plug holes to keep the ship afloat,” writes China historian Frank Dikötter. Mao. The rise of a superpower. Foreign observers often suspect a “grand plan” or “secret strategy” behind China’s rise. According to Dikötter, that is not the case at all.

Living in China you would instinctively agree with Dikötter. For example, the country is currently experimenting jerkily again with possible ways out of the corona epidemic through a series of measures that follow each other in rapid succession and are often at odds with each other. But once a way out is found, the road to it will undoubtedly go down in Chinese history books as an inevitable success, based on the unerring insights of the Communist Party of China (CPC) and its leader Xi Jinping.

Dikötter wrote a stimulating, informative and certainly also contrarian book, in which he shows that policy changes in China are usually not well-considered and well-planned. “What you do see are masses of unpredictable events, unforeseen consequences, abrupt changes of course and an endless power struggle behind the scenes,” says the author, formerly Professor of Modern Chinese History in London and affiliated with the University of Hong Kong since 2006.

China after Mao is a sequel to his trilogy about China under Mao with which he made his name. In three hefty volumes, he shed a surprising new light on China’s recent history. Dikötter was given access to Chinese archives that were previously not open to foreign researchers. Among other things, he came to the conclusion that around the period of the so-called Great Leap Forward in the years 1958-1962, some 45 million people must have died in China, the vast majority of them from starvation.

China after Mao is also based on research in Chinese archives. Whereas under Xi Jinping material about, for example, the Cultural Revolution (1966-1976) has become largely inaccessible again because the period is too sensitive, Dikötter says that it has also become easier to conduct research into the period of ‘Reform and Open Door Politics’ from 1978 onwards. , two years after Mao’s death. 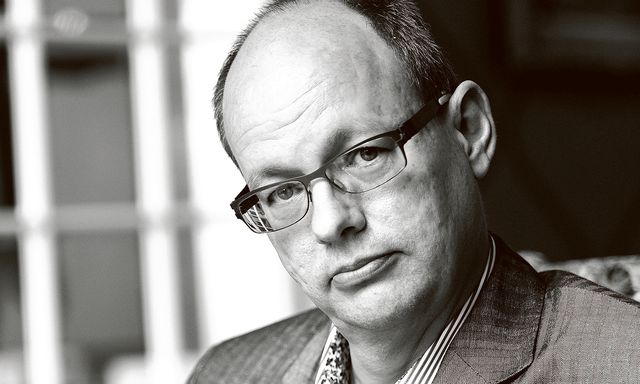 Also read this interview with Frank Dikötter from 2016: “Xi Jinping also knows: the genie has long been out of the bottle”

That period is painted in a golden light in present-day China. It is the time when China’s economic ‘growth miracle’ came about: the economy often grew at more than ten percent a year, moving ever closer to that of the United States.

This rosy vision has also largely been adopted abroad, according to Dikötter, without first really looking into whether that image is correct. ‘Some experts apparently find the question of whether we can actually speak of a miracle less interesting than the question of whether it may have come to an end,’ he says slightly vitriolic.

That venom returns more often in his book: Dikötter is annoyed by ‘China watchers’: foreign experts who, just like the Kremlin watchers once did, rely on observations of what Chinese leaders do or fail to do in order to explain exactly what is going on in China. would be the hand.

Dikötter prefers to rely on about six hundred documents from twelve municipal and provincial archives. He also relies on the secret diaries of Li Rui, Mao’s personal secretary. After Mao’s death, he became deputy director of the party’s influential organizing bureau.

Will the 21st century become China’s century? Dikötter does not believe in that

Li advocated democratic reform within a socialist framework. In the mid-1980s, when he refused to give priority to the children of high-ranking communists for promotion, he forfeited his career opportunities and began writing secret diaries. They provide an insight into how the top of the Communist Party of China was thought and decided. His diaries end in 2012, the year Xi Jinping came to power. The diaries were smuggled out of the country by his daughter and are now in the US.

Dikötter retires in 2012, the year in which current President Xi Jinping was first elected General Secretary of the Communist Party (CPC). His investigations mainly reveal a very messy picture of trying and failing, of great waste and of repeating patterns. And of a rock-solid belief in the superiority of one’s own system. 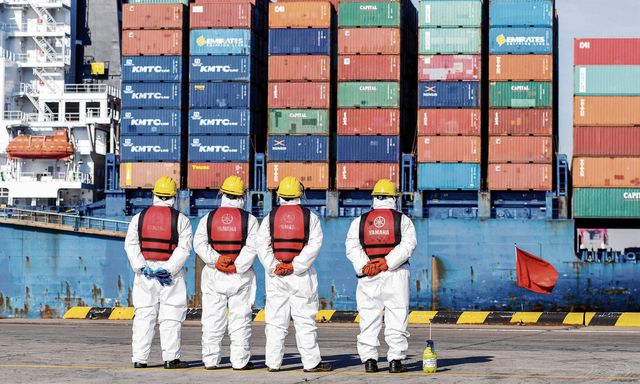 Dikötter mainly makes two points. First, he notes that the party never had serious plans to transform China from a Marxist-Leninist state to a constitutional democracy. According to him, one of the great geopolitical misunderstandings of the twentieth century was the idea that as soon as the People’s Republic of China developed economically, a democracy would emerge.

Dikötter is not alone in this conclusion. At the moment it is widely accepted that everyone in China has been completely mistaken in this regard. Dikötter also describes why many previously believed that China would become democratic: ‘Every now and then a Chinese leader would smile and use the term ‘reform’, which would send experts abroad into a frenzy of speculation about the now truly imminent transition to democracy, as carefully hidden forces within the party machine would finally gain the long-delayed upper hand,” he writes. But he very easily ignores discussions that have indeed taken place within China, and also within the party, after Mao’s death. Then it was about more democracy within the party itself, for example, and about a freer role for the media, which should no longer have the sole mission: ‘Be the voice of the Party’. Rather, their task definition should read: ‘Give the population a voice to say what is wrong with society.’ That the Western world was betting on more political reforms in China was therefore slightly less naive than Dikötter makes it appear.

What he brings to the table on the economic front is a surprising contradiction to what people generally think about China. He debunks the notion that after Mao’s death, China would have embarked on a long straight road to unprecedented economic success.

He even argues that after 1989 China never really embarked on the path of economic liberalization. ‘After 1989, not once did the party leadership consider opening up the economy to real market competition. The reason is simple: the leaders knew that the economy would immediately collapse,” he writes.

He also comes to the surprising conclusion that after all the reforms, China is not all that different from what it was forty years ago. That’s not entirely convincing. Yes, the economy has always remained under the control of the Party and yes, mainly people with party ties benefited from the liberalisations. But it is also true that at some point private companies could become so strong, and so wealthy, that they began to pose a threat to the establishment.

He is right, however, that this does not mean that ‘the’ Chinese are now rich. He cites a statement by China’s Premier Li Keqiang. He stated that in June 2020 there were still 600 million people living on less than $140 a month. Dikötter also explains that the money is mainly in the hands of the government, and not of ordinary citizens.

The book is really interesting mainly for another reason. Dikötter is able to point out many historical patterns that were already visible under Mao, and which have not changed substantially since then.

For example, he gives a surprising reason why Mao Zedong strengthened ties with the US in 1972. US Secretary of State Henry Kissinger and other naive admirers praised Mao as a genius strategist after his turnaround. But: ‘In fact, the tournure was based on one of the great geopolitical misunderstandings of the twentieth century: that the United States as a world power was on its last legs. That misunderstanding would determine Beijing’s policy for decades to come.’ In this way, according to Dikötter, America became a handy ally against the Soviet Union, the real danger in Mao’s eyes.

China’s current president also believes the US is on its last legs. The difference with 1972 is that this idea now also resonates internationally. Where the 20th century was the Century of the US, the 21st century will be the Century of China, and so is much proclaimed outside China. Dikötter does not believe in that. In his book, China emerges rather as a giant with feet of clay, a country that is now paying the price for the repeated mistakes made by the CPC in the preceding period.

In the epilogue, he summarizes some of China’s current problems: mounting debt, overcapacity in state-owned enterprises, decades of rural neglect. “The easy options – take on foreign capital, exploit unprotected labour, sell land to raise money, produce subsidized exports, take state-owned enterprises abroad, borrow to build and pay back tomorrow – were gone,” he writes. According to him, China is at a dead end.

This places Dikötter in the camp of those who believe that China must first be freed from the communist system before it has a chance to really flourish. A communist system is simply no good and the economy will never flourish under such a system. It is the mirror image of what Mao believed and Xi believes, or at least says he believes. Xi thinks the US and the West are headed for ruin because their political and economic systems are historically inferior to communism. That is what Marxism teaches: capitalism is followed by communism as the higher stage of human development. That is a law.

It would be an injustice to Dikötter to say that he sees a dead end for China purely because he does not believe in a communist model of development. His analysis abounds with examples that convincingly show how China’s communist system failed to work in the past, how it repeatedly led to the waste and mismanagement of public resources, and how corruption is inherent in the one-party state. After all, then there is no separation of powers, and therefore no independent supervision of power.

With China after Mao, Dikötter wrote a very informative work that is sometimes almost too full of details, a work that should nevertheless be read by everyone who wants to arm themselves against all too easy sound bites that experts almost all seem to repeat after each other. Also read the review of Rob de Wijk’s book The battle for Europe: According to this book about the rise of China, “nobody knows anything anymore.” Would it?

Frank Dikötter: China after Mao. The rise of a superpower. (China After Mao) Vert. Margaret de Boer and Martine Both. Spectrum, 464 pp. €37.99

The latest book news with our reviews, the most interesting articles and interviews

The Swiss Embolo, his heart divided in half and that goal against “his” Cameroon

Honda Civic e:HEV Sport review: Can it keep up with other hybrids?

The 10 best-selling Nintendo Switch games and why you should buy them – Ruetir.com

Inzaghi: “The knockout against Juve had done us very badly. Now we are there in the standings, I have faith.”