Opinion | University is there to seek out the discomfort

The discomfort is growing at universities. With discussions about words that should be banned or paintings that should disappear. Discomfort with scientists who make adjustments to their research to satisfy clients. The question of whether academics should remain independent or should become more activist. The discussion of whether students will receive an academic education if they are no longer allowed to be confronted with ideas that they consider offensive.

Ronald van Rak is professor of Erasmian values ​​at Erasmus University Rotterdam. This Friday he will deliver his inaugural lecture on ‘Erasmus and the values ​​of science’.

Universities encourage employees to be socially involved, but criticism of science is increasing in society. Researchers are expected to participate in the public debate, but in doing so they are more often confronted with threats. Developments that touch on the core of the work of all lecturers and researchers: issues that raise the question of what universities actually are and what values ​​these institutes should propagate.

At Erasmus University, this debate has taken the form of a university-wide discussion about what are called ‘Erasmian values’. It turns out that discussing values ​​is not that easy and often leads to hesitation or shame. It can be dismissed as moralizing, or prescribing personal values ​​to others. A threat to personal freedom, which we uphold as academics. 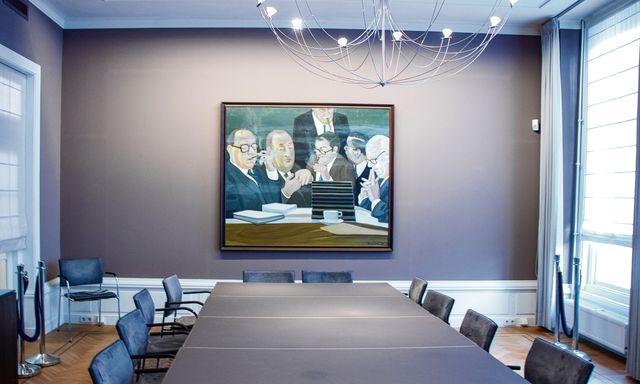 Also read this opinion piece: ‘Smoking old men’ as a teaching moment for the university

Every person has values. They define our identity and distinguish us from others. We also share many values ​​that connect people and make communities possible. This social importance of values ​​has been lost sight of for a long time – also in politics. The last politician to start a debate about values ​​and norms was Jan Peter Balkenende, at the start of his prime ministership in 2002. Gerrit Zalm dismissed that attempt with scorn as a form of ’tile wisdom’.

If you don’t think about your own values, then your worth is determined by others. At the universities, the logic of the markets (making returns) and the logic of the bureaucracy (the pursuit of efficiency) have become increasingly important. Researchers can easily publish many articles and thus also receive research funding, but that does not make them academic researchers. Certainly not if this detracts from their scientific integrity.

Too many researchers feel compelled to adjust questions, change data or write conclusions differently. This is evident from The National Survey on Research Integrity, a survey among 6,800 researchers at Dutch universities. Half of them say they have been guilty of dubious investigative practices. They cite external pressure as the reason: the pressure to secure financing, the pressure to publish and demands from clients.

If you don’t think about your own values, then your worth is determined by others

There is much to be said about why the discussion of values ​​has faded into the background. One reason may lie in postmodern thinking, in which we have become accustomed to putting all values ​​into perspective. Or in neoliberalism, which has promoted thinking in terms of return and efficiency. It may be the influence of new public managers, a group of advisers and consultants who have set the tone of discussions at universities more than lecturers and researchers.

It is a development that was predicted in the early 1980s by the philosopher Jürgen Habermas, who spoke of the danger of the ‘colonialization of the lifeworld’. The systems thinking of the markets (making money) and the bureaucracy (following rules) has increasingly come to determine our lives, at the expense of the own values ​​of organizations. The question in hospitals as to what good care is, or in housing associations what public housing is. Which makes energy sustainable, or science independent.

However, the spirit of the times seems to be changing and values ​​are once again in the spotlight, especially among a younger generation of philosophers. Including Markus Gabriel, in Moral Progress in Dark Times (2021). It warns not so much against the danger of moralizing, but above all against the lack of discussions about values. Because this makes organizations vulnerable to unwanted influence and leaves employees insecure about what can be expected of them.

Let’s not shy away from discussion when students demand that topics should not be discussed in class. These are excellent opportunities to reflect on the question of what the values ​​of academic education are. The question of whether we should protect students against other views, or prepare them for dealing with diversity. How we offer students a safe learning environment, while still being able to challenge teachers and get them out of their comfort zone.

Discussion about shared values ​​forces people to think beyond their own right, a skill that is under pressure in a society in which selfishness and polarization flourish. An open debate about our shared values ​​can at least put an end to the discomfort with which issues are discussed in universities. It can ensure that students and lecturers, researchers and clients know where they stand and what their role is at the university.

Kim: “It will be easy to recognize me on the streets of Naples. I have a goal at the World Cup…”

This is the jargon of car designers: from Character line to Down the road graphic

Apple without brakes: it is worth more than Amazon, Google and Meta combined!