If you asked me years ago if I thought the additional content could be applied to something in real life, my answer would have been no, but now I see that I was wrong. It seems that someone had the idea to imitate video games and spend more money on something they already bought, which is how we now have the lucrative business of charging “additional content” on cars.

You can read: Companies evaluate young candidates by making them compete in video games like Minecraft

According to Kotaku, several companies already make use of this practice of having DLC ​​on the cars. Mercedes innovating has announced a digital purchase for its all-electric vehicles called “Acceleration Boost”, which will cost $1,200 a year and will benefit by improving the acceleration of an EQ vehicle by 0.8 to 1.0 seconds. 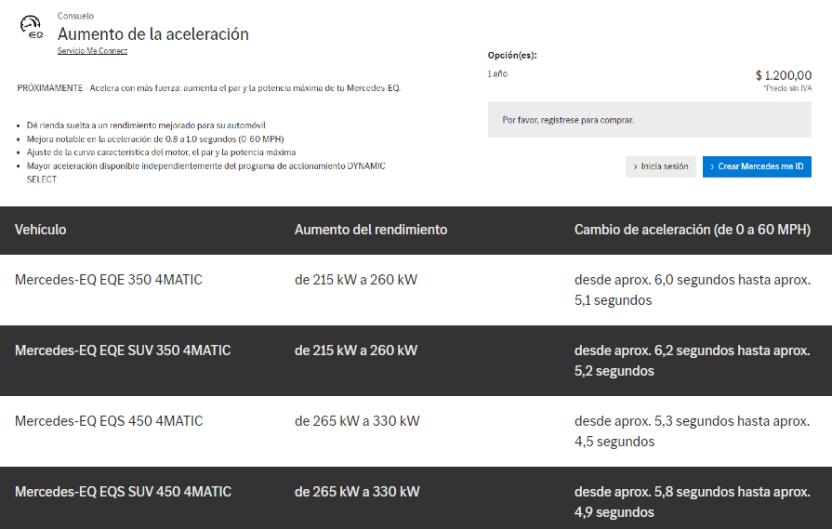 In his case, BMW has a subscription service where for $18 a month you’re getting heated seats or the option to unlock adaptive cruise control. On the other hand, Tesla has its $99 to $199 monthly subscription system for self-driving software in some cars.

So, the DLCs are already part of the cars, maybe after this DLCs of other technologies will appear, who knows? The ways of making money can become very sinister. In any case, there is the possibility that this practice falls into a typical dilemma in the world of video games, is it necessary to pay for an add-on that already comes with the product? The technology of these cars should allow you to achieve those accelerations on your own, and not have to unlock it, as it happens with some games where certain features are limited until you pay for the additional content.

Miracle Saudi Arabia: for FIFA it is the scarcest, yet…

The best app to track packages is Gmail, just in time for Black Friday and Christmas

Sara Venturini suffering from illness: she died at 30