Discover the story behind the creation of Pokémon, the most successful franchise in the world – Ruetir.com

If there’s a franchise capable of surpassing industry titans like Mario or Sonic in popularity, it’s Pokémon. Created in 1996, this soon went from being a simple role-playing game to being a world-class phenomenon. From that moment, both Game Freak and Nintendo began to develop with multiple games and spin-offs. The goal was, of course, for the saga to stay alive and profitable for as long as possible. And, as we’re still looking forward to the company’s new games to this day, both companies have certainly served that purpose.

In fact, one only has to look at the next big Nintendo Switch release, which is none other than the next generation of the franchise. With Scarlet and Purple it seems to be a revolution never seen in the series, one that fans have been waiting for for a long time. But, in order to better understand the present, it is always important to know the past. For this reason, and on the occasion of the launch of the new generation, today we delve into the roots of the series to learn about its origin. This article will help you understand the motivations behind the creation of the franchise, and how it came to the West. So, without further ado… Inside the article!

In order to talk about the origins of Pokémon, it is necessary to talk about Satoshi Tajiri. Of Japanese origin, he would soon drop his engineering studies to pursue his love of video games. Together with cartoonist Ken Sugimori, with whom he soon forged a powerful friendship, he created a video game magazine known as Game Freak. In 1989 both began to be interested in video game development, and decided to program and release their own titles on the NES. However, these were not exactly very successful. If they wanted to continue down this path, they both needed to find the key, something successful.

Thus, after several attempts in the industry, they decided to create a game in the purest Dragon Quest style for the Game Boy. The console at that time was on the crest of the wave, and its functions could give a lot of play. For example, Tajiri was thinking of taking advantage of the connection between consoles in order to create a trading mechanic. His idea was that the player could capture the monsters he faced, influenced by his childhood as a lover of hunting bugs.

They already had the base, as they were looking for a classic turn-based JRPG that would turn the classic concept of the monster on its head. Partly influenced by the mechanics of Dragon Quest V, they wanted to make the capture and training system easier and more accessible. They were also clear that the setting would be modern, very much in line with the Mother series. Sugimori began with the development of the monsters, who would be the absolute protagonists of the game. It was for this reason that the game was first known as Capsule Monsters.

The project, with Game Freak in the role of developer, was shown to Nintendo several times during development. And the company was very interested in him, to such an extent that Shigeru Miyamoto himself collaborated by giving advice to the Tajiri team. After all, the Big N was interested in having all kinds of games on its console since the Game Boy was not going through its best moment. Its sales were plummeting, and few high-quality games were coming to the console. What no one at Nintendo could have known was that the game would be key to the resurrection of their portable. 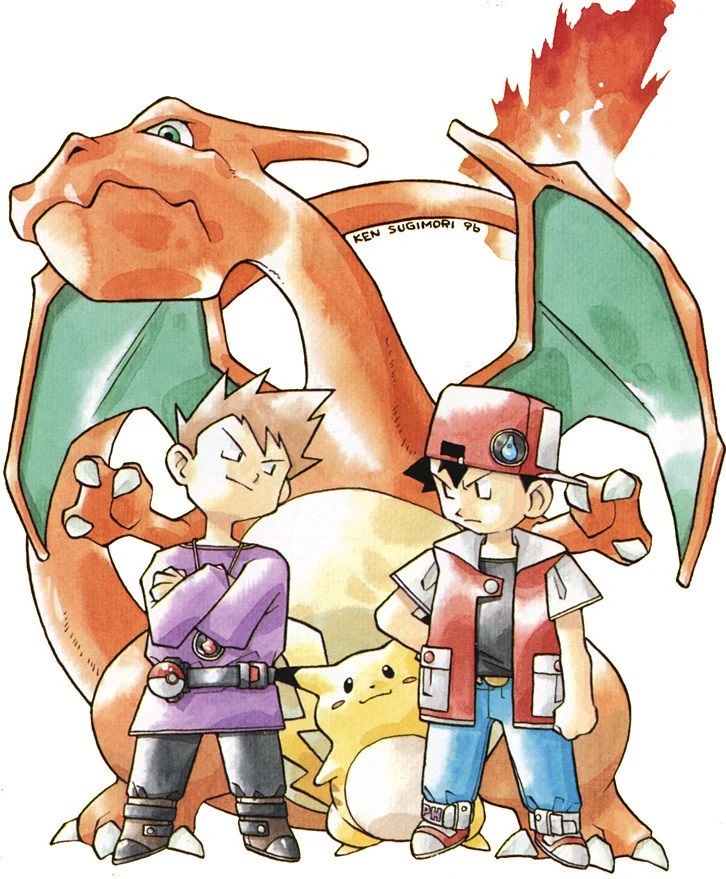 An unexpected success, nationally and internationally

After five years of development, in 1996 Pokémon Red and Green finally saw the light of day in Japan. A year earlier, the name had been changed from Capsule Monsters to Pocket Monsters. However, the latter’s resemblance to a Mattel brand led them to slightly alter the title, uniting the two words into one (Pocket + Monster: Pokémon).. The title, which was being considered as the last great console exclusive, ended up sweeping sales in Japan. No one wanted to miss out on what would later be known as “Pokemania.”

For this same reason, Nintendo began to consider the arrival of the franchise in the West. Game Freak was happy with this decision; After all, thanks to this title they had achieved a fame that they would never have imagined. First Pokémon Blue was released in Japan, and shortly after, in 1998, improved versions of Pokémon Red and Blue reached the world. The franchise had begun its world domination and the rest, as they always say, is history. 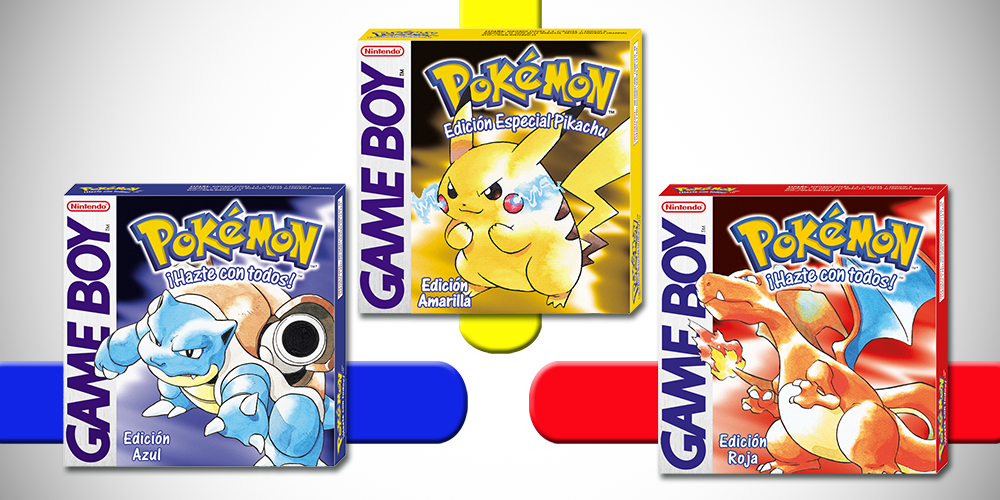 And here is today’s article! decide us, What is your favorite game from the Pokémon series? We will be reading you!

Serbia vs Brazil: The best and worst of the Qatar 2022 Group G match

The best apps to keep a journal without having to write

Gran Turismo 7 creators want to bring the game to PC

The best apps to keep a journal without having to write

Maduro and the opposition reach agreements, but the election remains

Images to fill gaps in memory