BMW 3.0 CSL is back and going into production 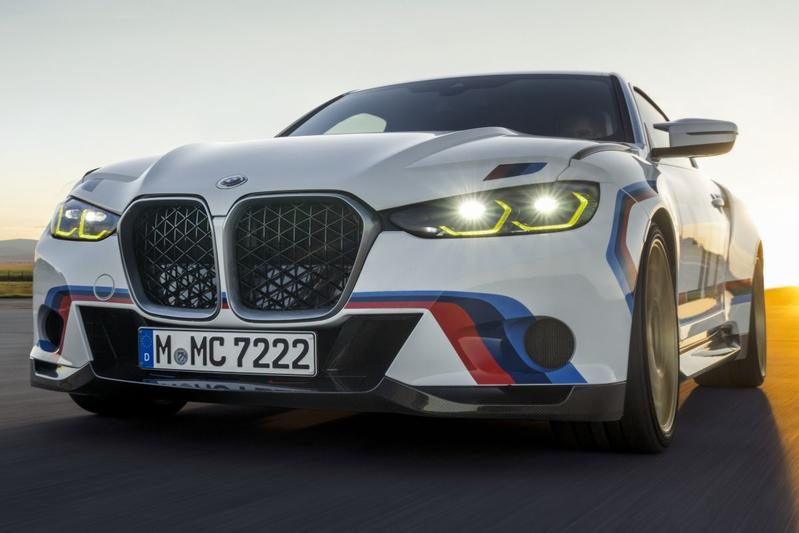 In the middle of this year, the CEO of BMW’s M division threw a set of photos through the digital channels into the world in which a then unknown camouflaged coupe from BMW could be seen. We suspected at the time that we saw a modern interpretation of the 3.0 CSL in those photos, because that would tie in nicely with the M anniversary that BMW has been celebrating for a while. Today we can finally show you BMW’s latest nod to the 3.0 CSL of yesteryear. This is the new BMW 3.0 CSL, and it’s going into production! BMW The new BMW 3.0 CSL is most likely based on the M4 Coupé. The new coupe is only to a certain extent equipped with design elements that refer to the past. It is therefore not directly a retro model. Unlike the M4 Coupé, the 3.0 CSL can only accommodate two occupants. The sports coupé mainly builds on the concept of the 3.0 CSL from the past. After all, CSL stands for Competition, Sports and Lightweight, so it is not very surprising that the new 3.o CSL has an excellent horsepower-per-kilo ratio. Where each horsepower in the original 3.0 CSL had to move 6.2 kilos, each horsepower in the new 3.0 CSL only has to move 2.9 kilos. The low car weight has been achieved, among other things, by the frequent use of plastic-reinforced carbon fibre. Almost all body parts are made of this lightweight material. The BMW 3.0 CSL also has the most powerful six-cylinder that the brand has ever put in a road car. The 3.0 six-in-line produces 560 hp and 550 Nm. That power finds its way to the rear wheels via a manual six-speed gearbox. Good news for the purists. The sports coupe has an active M differential, carbon ceramic brakes, a specially tuned suspension and more technical delights from the bag of tricks from BMW’s M division. BMW will only produce 50 units of the 3.0 CSL. That number is of course a reference to the 50th anniversary of BMW M. It is not the first time that BMW has prepared a homage to the 3.0 CSL. For example, the brand showed the 3.0 CSL Hommage R in 2015, a more intense variant of the 3.0 CSL Hommage shown earlier that year. BMW also once made such a ‘Hommage’ model of the 2002.

Where’s your burqa? What it’s like to be reminded two or three times every day that you’re an outsider

F1 is considering active aerodynamics to slow down fast cars

They do not forgive! Players criticize Nvidia for the default of the RTX 4090 | Ruetir

A boy’s moving speech at his adoption hearing: “She’s the best mom I’ve ever had”

Model railway builder Paul can continue with his hobby: “I am so happy”