Arkanoid Eternal Battle Review: a game over to the last brick | Ruetir.com

In recent years, the incredible popularity of the Battle Royale genre has allowed several game designers, looking for the next “blockbuster of the moment”, to rework the concept of free-for-all within genres and contexts unrelated to shooter mechanics. And among the endless jungle of Fall Guys, Naraka: Bladepoint e ZombieRoyale.io, from the distant past some of the most timeless classics of the medium have returned to visit us, whose progenitor TETRIS 99 created a small niche of enthusiasts ready to beat each other to the last brick. Consequentially, the 99 player format was appliedwith satisfactory results, in other classics such as Pac-Man and SuperMario Bros. In short, the Battle Royale formula goes very well with the titles from the years of purely arcade experiences. For this reason I had high expectations for Arkanoid Eternal Battle, the free-for-all revival of TAITO’s “brick-breaker” and released on all platforms on October 3, 2020. The Pastagames studio will have managed to package a product capable of bringing intellectual property on new frontiers? Well, it’s complicated… 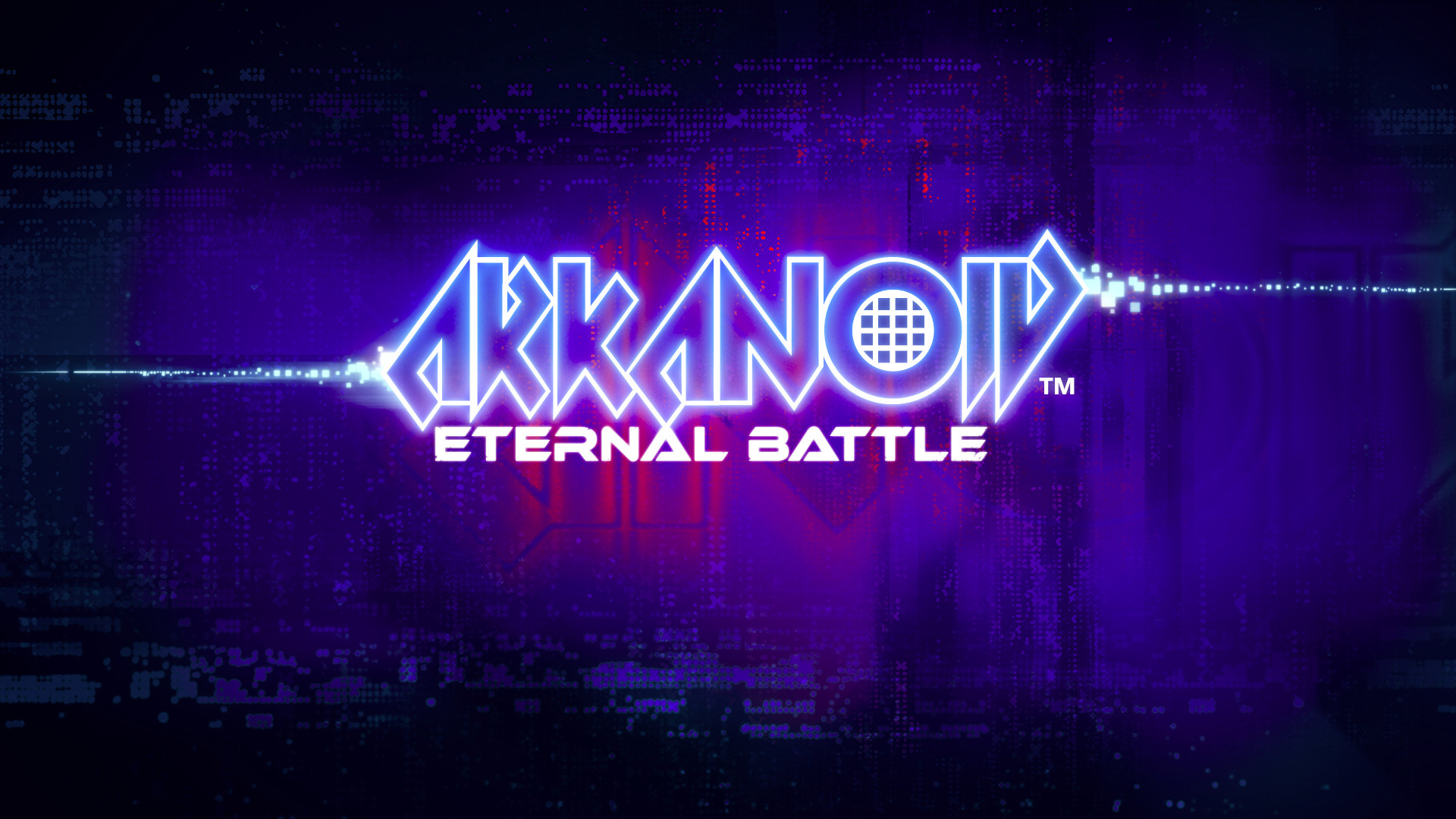 I’m trying to unlock a memory for you. Do you know the Sky Play It channel? Or the mini-games present in a decoder or a television with integrated Digital Terrestrial from dubious regions of the East? And what about game sites created with flash? And why not, the games on your Nokia 3310 or Motorola W377? And above all, what is the reason for this series of nonsensical names? Simple, all these platforms had their own version of Arkanoid or Breakout. The formula conceived by Nolan Bushnell back in 1976 has proved to be truly timeless, a real test for reflexes and why not a pleasant arcade pastime to play alone or in company. But since 1976 or even just from the early 2000s to today many things have changed and today it takes much more to convince players to insert a contribution of 30 euros to play the cabinet of this new and shiny version marketed by Microids . 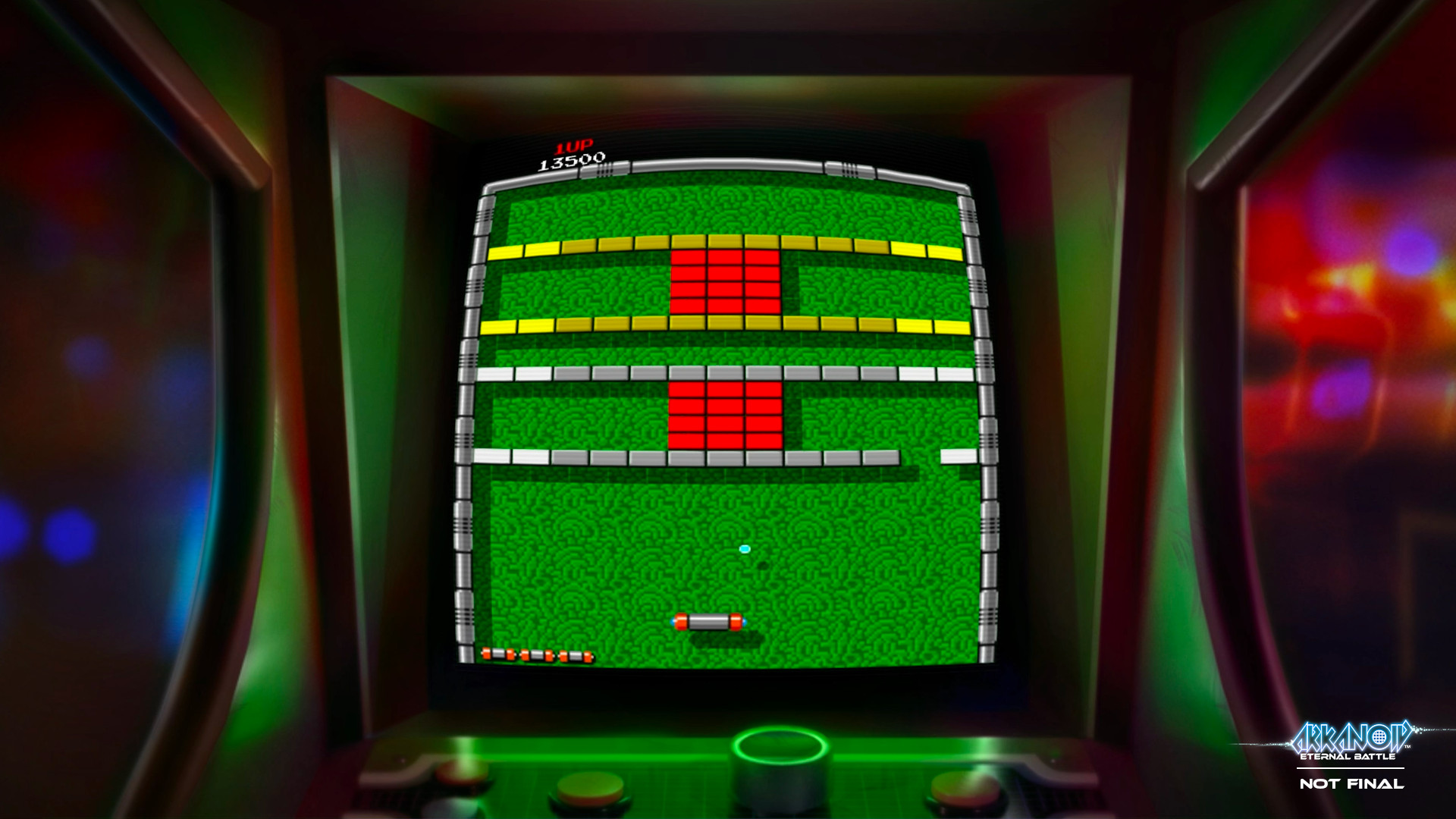 Thankfully, Arkanoid’s gameplay is nearly impossible to get wrong. Each level features a pattern of tiles to be broken using a single ball to bounce against your Vaus from one side of the screen to the other without the latter falling into thin air, leading to the loss of a life. As the levels progress, the schemes present increasingly complicated solutions, with some of these tiles requiring more shots to be destroyed or which could lead your ball to change course.

And in that case, try to visualize the average Arkanoid player’s hypothetical swearing as a high-velocity bouncing bullet misses the Vaus and plunges into the abyss, right after starting a new level. To counterbalance this dramatic eventuality, by destroying enough tiles you get power-ups that can clean up the screen or facilitate contact between the Vaus and the ball. Added to this is a lateral snap that can be used to save the ball in extremis. All these components come together in a purely arcade and now well-tested experience, in search of the best possible score. This is in “a nutshell” the basic Arkanoid experience. But how does he fare within the royal fray?

Carpal tunnels are not allowed!

The real focus of Arkanoid: Eternal Battle lies precisely in the main multiplayer mode of the same name. Each match of “Eternal Battle” pits 25 players against each other, following a game rhythm that is very reminiscent of the elimination races present in arcade racing games. Players compete for the highest score by facing a randomly generated scheme, regardless of the number of lives available (and therefore infinite) but with an imminent danger: the elimination of the player with the lowest score and the passage to the next scheme. Unlike Tetris 99, the player’s view of their opponents’ progress focuses on the closest and most easily accessible positions, encouraging them to face each other in head-on battles and at the last power-up… or de-buff.

In addition to the classic power-ups already mentioned above and which in this version see the inclusion of 2 new additions to the arsenal, a barrier to avoid premature death and a significant increase in one’s combo, the online component of Arkanoid Eternal Battle allows players to obtain usable energy spheres with a single pressure of a controller back button, depending on the direction indicated by L and R. Once used, these spheres will act on the opponents as modifiers on the games of the unfortunate, altering the tiles or the behavior of the ball, until you get to glitch that covers the screen.

Keeping all this in mind, we find ourselves faced with a gameplay loop that can be summarized with this sentence: a formula one race in which Lewis Hamilton and Max Verstappen give each other a thrashing, in a technical competition, extremely precise moves and fast and with the FIA ​​going even more crazy than usual, to the point of admitting the use of EMP devices instead of the DRS. With the only difference that instead of the typical last lap counters, the 4 remaining players are brutally teleported into a final boss fight against Doh, the Moai-shaped space entity and Arkanoid’s main antagonist. If you thought this retro toy didn’t have a lore that came out of an experimental drug trip created in New Mexico, you are very wrong.

If you hadn’t already understood, playing Arkanoid Eternal Battle in its Battle Royale mode is fun once you have assimilated all the basics related to its game mechanics and in a different context I would have strongly recommended its purchase. However, after spending quite some time with this Pastagames production, I understood that the whole experience of Arkanoid: Eternal Battle is completely canceled by its own market objective. To put it simply: the game runs in a free-to-play league, starting with a self-imposed ballast.

I can understand everything: I can understand the cost of a historic license like Arkanoid and I can understand the development costs that can weigh so much especially on the shoulders of a relatively small studio like Pastagames. And I really regret having to curb my enthusiasm for a game that I could consider a fun diversion from my classic playful habits, but in practice the feeling of amazement and novelty for Arkanoid Eternal Battle is exhausted in the first 60 minutes of the game. Partly because of his shortcomings and partly unfortunately for how he placed himself within a niche of titles similar to him, but which came out with a “Freemium” approach. 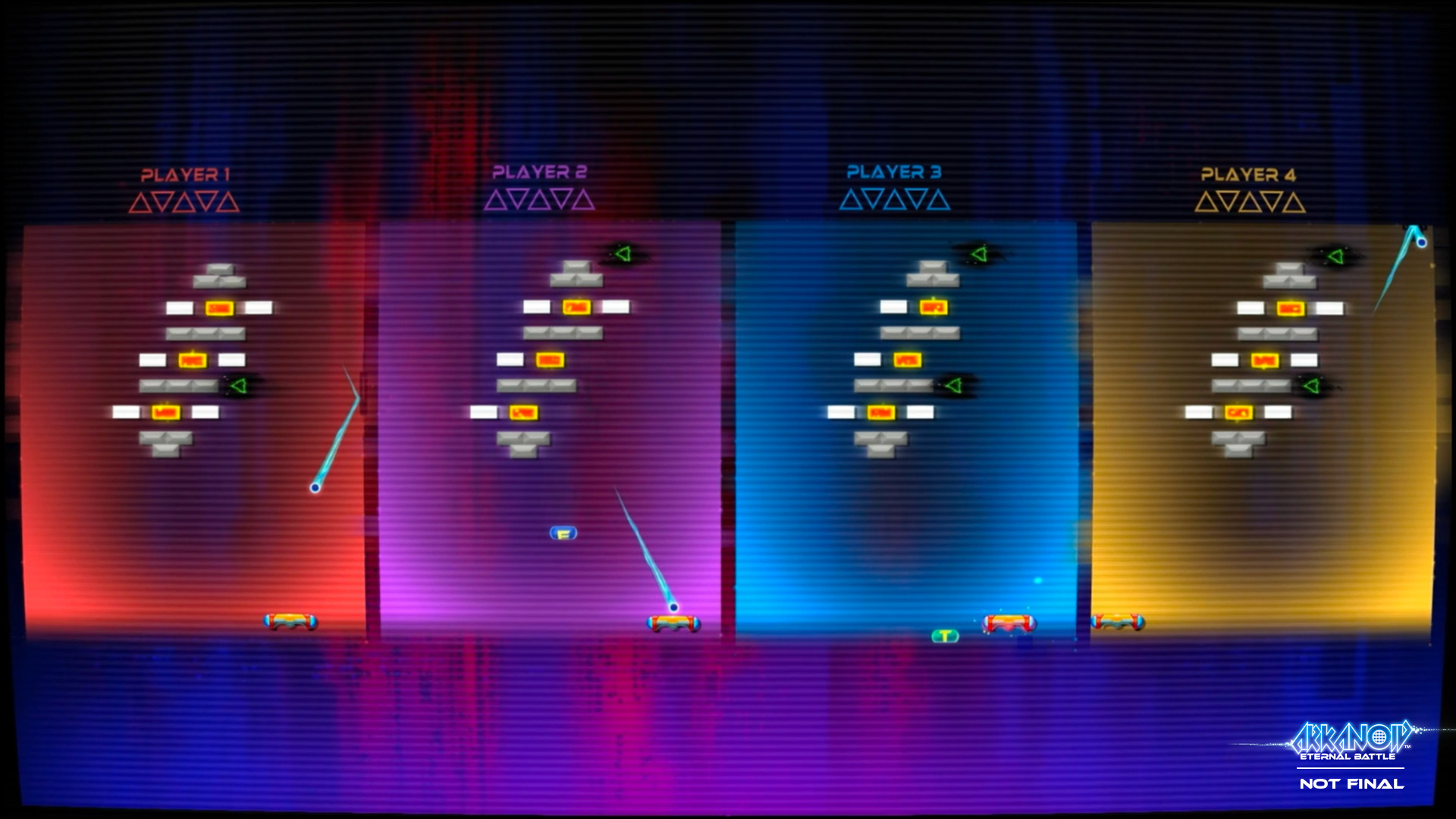 Starting from its actual cons: in addition to the Eternal Battle mode, the game offers 3 other alternative game modes among split-screen, Retro and Neo multiplayer. The latter represent two sides of the same coin, as they allow you to play what is essentially Arkanoid’s Classic Arcade Mode, but with two completely different styles. In fact, Retro re-proposes the Arcade version released way back in 1986, enclosing it within a very nostalgic screen that closely follows the form-factory of the original cabinet; Neo on the other hand is a “new chapter” single player which however does without the new power-ups introduced in the multiplayer mode. And while on the one hand we can stay up late at night talking about the differences between the stages and the gameplay, in practice it is the same mode reproposed with two different graphic styles. End.

A ship with faded paint

If we add to this the lack of a significant and somewhat botched progression system, which allows the player to earn new skins and backgrounds for their playing field exclusively within the Eternal Battle mode, it is clear that this title would be was received better if communicated and advertised as free-to-play playable for free online and with the other sub-modes purchasable for a fee. And I’m not the only one who thinks that either. As much as I’ve tried to tinker with the crossplay options between other consoles, most of my multiplayer matches have taken place between me and 24 other AI bots. Such a pity.

The last and faintest sign of recovery for Arkanoid Eternal Battle lies in its artistic direction. Fully recovering the 80s-style retrowave aesthetic very close to cult films of the time such as Tron directed by Steven Lisberger, the game offers a very good and recognizable presentation, bringing the intellectual property within the modern panorama without forgetting the its origins. However, even in this case Pastaplay takes one step forward and ten steps back, with a redundant soundtrack that somehow fails to “mix well” with the presentation.

It is always a disappointment when one is forced to admit that, while acknowledging the good work done by a young and growing team, one’s impressions of an all in all valid and entertaining title collide with the harsh law of large numbers and the market. Arkanoid Eternal Battle is a good example of an intriguing on-card concept, but not quite 100% executed. I am aware that very often the list price is not a guarantee of quality or longevity, there are videogame experiences for which I would pay 100, 1000, “a thousand thousand” times the actual price but unfortunately this title is not one of those. However, with the right discount you will have in your hands a respectable version of the beloved TAITO arcade classic.

Eden Hazard: “Players like Riquelme could play in today’s football”

A video of the “crab invasion”… What is happening on this island?