Giorgetti announces the new Aid. Bills, the payment in installments is studied 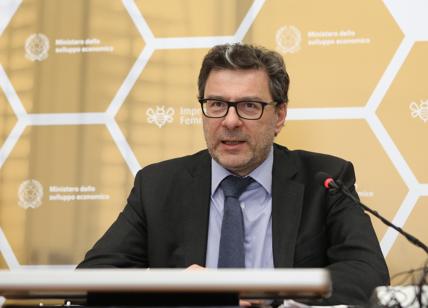 The new decree helps against the expensive energy will be approved tomorrow evening in Cdm. This was reported by the Minister of Economy Giancarlo Giorgetti before entering a hearing at Montecitorio to report on the Nadef to the Special Commission.

“The trend of energy prices and their impact on businesses and households will be monitored on an ongoing basis in the first months of 2023. This will make it possible to assess, at the latest when preparing the next Defthe need for further interventions and the contextual definition of the financing methods “, he commented Giorgetti.

“I hope that these measures can soon be strengthened”, he added, “by the package of proposals of the European Commission currently under discussion, which contains rules for joint purchases of gas, measures to combat the volatility of energy prices and emergency solidarity mechanisms for procurement, as well as the possibility of introducing a pricecap on gas transactions. The results of the meetings held at the end of October in Europe highlighted the space for an agreement which, if reached in a timely manner, could contribute significantly to protecting families and businesses and safeguarding global competitiveness. of European Union“.

“With the next decree-law, the measures that recognize extraordinary contributions, in the form of tax creditsequal to a share of the expenses incurred for the purchase of electric energy e natural gas. Furthermore, the reduction of the excise duty rates on gas, diesel fuel, Gpl e natural gas used as fuel; for the latter, the 5% VAT reduction will be confirmed until 31 December “.

“In that case, the resources reimbursed from the European Union “, added the Minister of Economy, “they can be reallocated to a special fund, intended to finance further measures to combat the increases in energy prices”.

Marc Marquez, the joke about the Magi scares Honda

Napoli, record numbers: thanks also to the goals from the bench

Medvedev, Kiev has become an ‘enemy of Christ and orthodoxy’ – Icona News

Tomorrow the mobilization of the Democratic Party, the counter-maneuver is ready – Icona News

Napoli, record numbers: thanks also to the goals from the bench

Sonic the Hedgehog: All the series and movies announced so far – Ruetir.com

Medical specialists do not show up at the Medical Disciplinary Court: “Outright scandalous”

This is how the time change affects your health, and it’s not a good thing