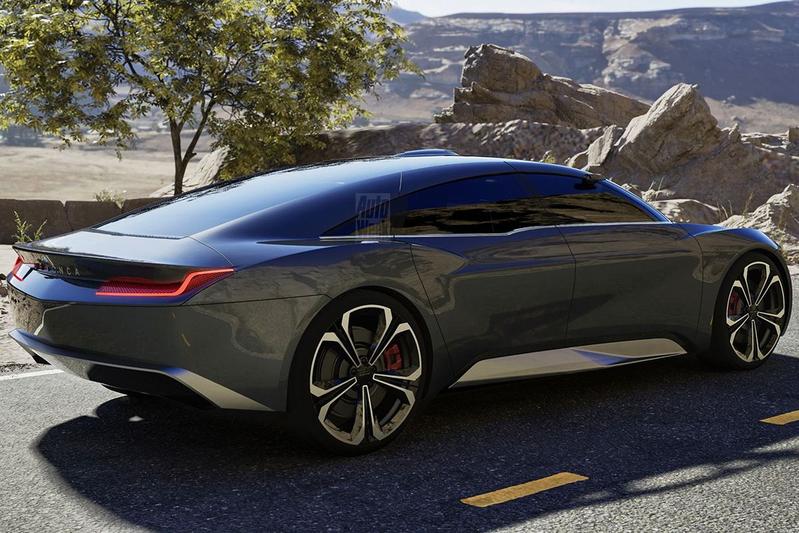 Unlike some other start-ups, BeyonCa seems like a pretty serious club. The company is led by none other than Weiming Soh, CEO and chairman of Renault’s China division. In addition, BeyonCa has a bunch of (former) top men from Volkswagen behind the controls, including Christian Klingler, Hans-Joachim Rothenpieler. BeyonCa has even recruited Danish designer Dirk van Braeckel, former Bentley design boss and active behind the drawing board at Audi, as head of the design department. The ambitions of BeyonCa are therefore not tender. The company is targeting European top sedans such as the Audi A8, BMW 7-series and Mercedes-Benz S-class. BeyonCa GT Opus 1 With the GT Opus 1, BeyonCa already gives a foretaste of where the car world wants to hit the road. BeyonCa describes its GT Opus 1 as “a super premium next-generation EV.” The ambitious start-up describes itself as a ‘super premium brand’ that sets a new standard in the field of ‘premium quality’. According to BeyonCa, the brand is obsessed with details. BeyonCa is not releasing detailed technical data yet. It is known that the electric Opus 1 GT is about 5.2 meters long, has a 130 kWh battery in its bottom and has 800 volt architecture on board. Charging is possible with up to 300 kW. The cars of BeyonCa will have artificial intelligence on board that monitors the health of the occupants. BeyonCa even speaks of a real ‘doctor’s service’ that hangs in the cloud. Futuristic. In 2024, the start-up wants to put its first model into production. That will be the production version of the Opus 1 GT shown. The Chinese market is initially the most important for the brand, but BeyonCa’s ambitions extend beyond Chinese borders. CEO Weiming Soh tells Reuters that it may also come to Europe in the future. BeyonCa has, among other things, a design studio in Munich. Dongfeng, among others, is a major investor in BeyonCa.

Visitors stuck in Shanghai Disney Resort due to corona measures

Xenoblade Chronicles 3 is nominated for GOTY at The Game Awards 2022 – Ruetir.com