As we have told you several times before, the Steam Deck has been used as an excellent way to emulate and play mainly Nintendo games. Something that, thanks to being a portable PC, allows many of the features of the brand’s consoles to be replicated on the Valve device.

You can read: Valve shows Nintendo Switch emulator installed on Steam Deck on video and then deletes it

But now it has also been confirmed that the GB Operator, an external device that connects to the PC to use Game Boy cartridges and play titles without an emulator, is also compatible with the Steam Deck.

It was Epilogue itself, the company behind the GB Operator, who delivered the news publishing an image on their Twitter account, where they had the device connected to the Steam Deck running an original Mario Kart: Super Circuit game cartridge. In the Tweet they indicate: It’s official: enjoy the cartridges of your childhood, now on SteamDeck! Today we validated in the office that GB Operator and the Operator app are fully compatible with Steam OS and run flawlessly on SteamDeck.” 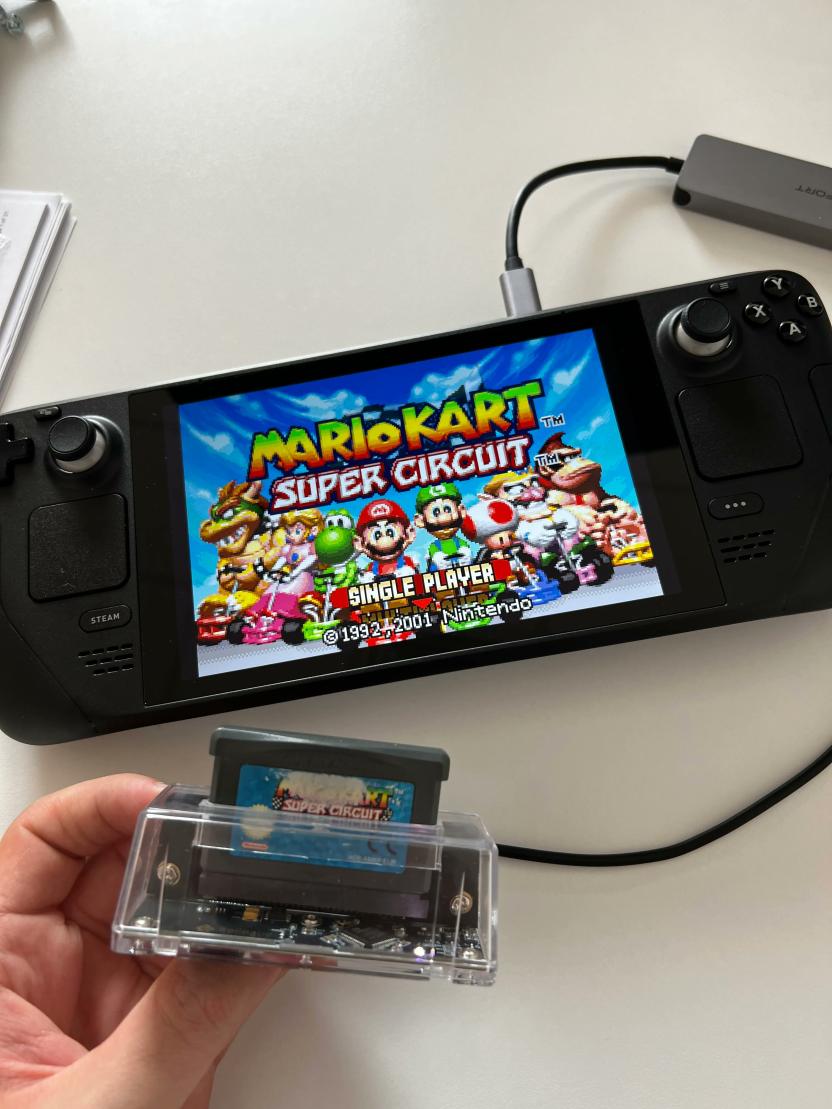 A discovery that has made many fans of the classic Nintendo console, who still have some of these cartridges and who currently also purchased the Steam Deck, as can be read on Twitter. 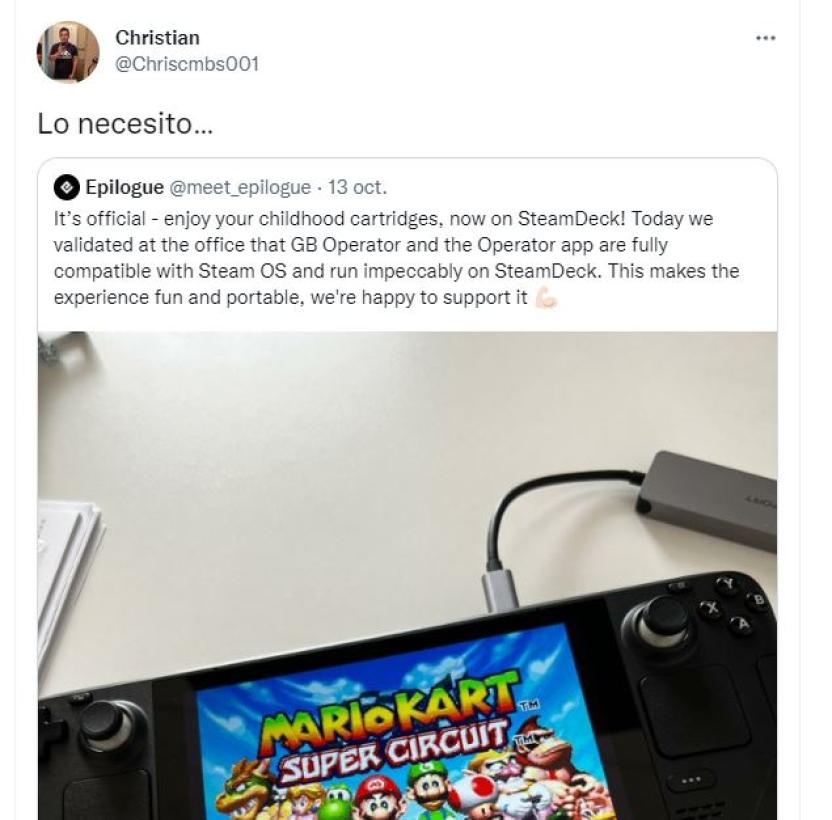 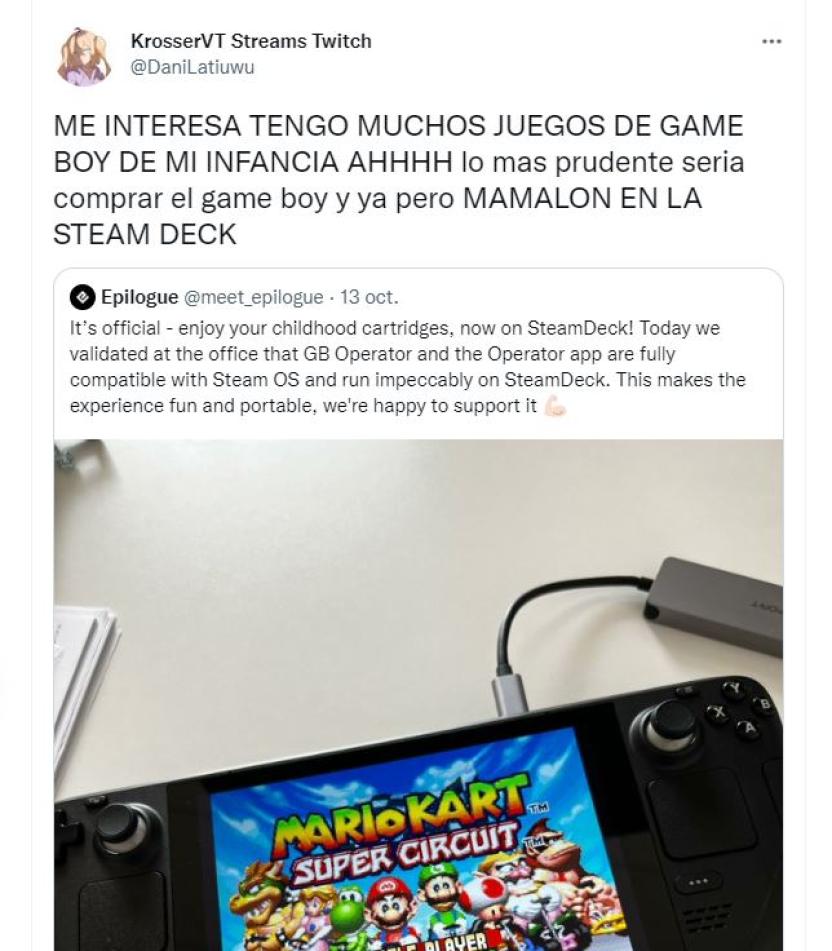 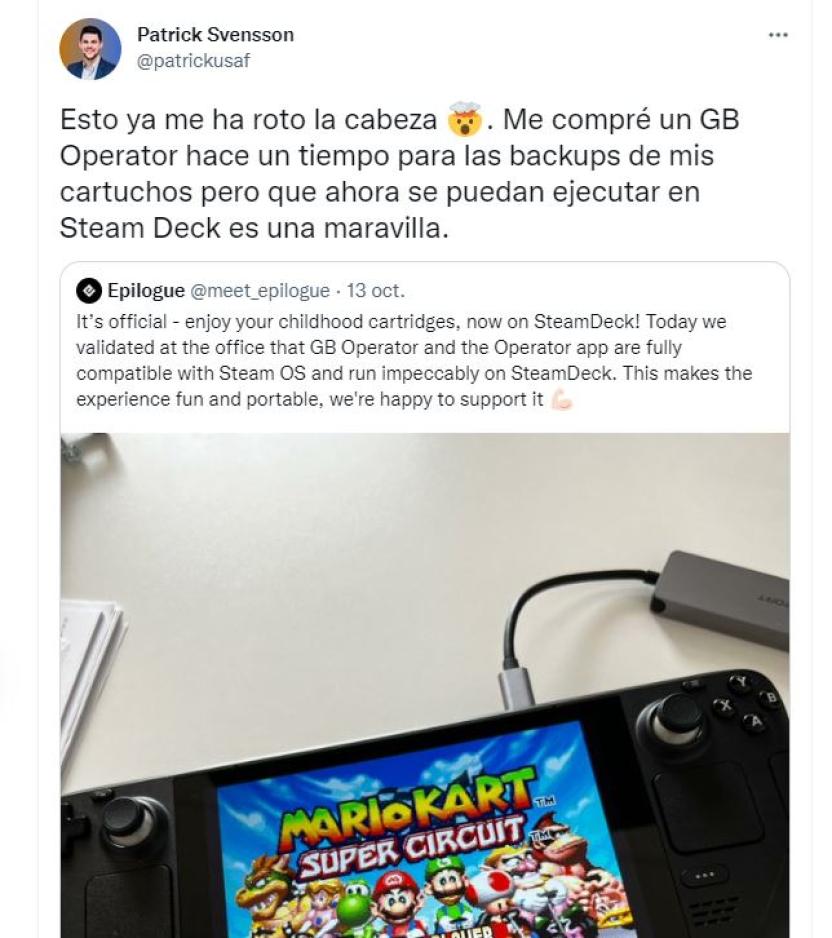 So now you know, if you are one of the lucky owners of a Steam Deck in our region and you have saved Game Boy cartridges, you will have a way to play them by purchasing a GB Operator and installing the device app on the portable console.