That retro works, they have known that in the car world for longer than today. Increasingly, however, manufacturers are also applying this trick to give new EVs extra appeal, such as Volkswagen with the ID. Buzz, Fiat with the 500th or even Honda with the E. Soon we will also be able to add Renault to that list, because they will enrich their electric range in the coming years not only with a new R5, but apparently also with an R4. The latter is already showing a glimpse of his veil during the Paris Salon.

We probably don’t even need to tell you that this is a reincarnation of the Renault 4L — as it’s actually called in full — because you can see it right away. That starts with the silhouette, which recalls the original not only with its blunt nose and sloping rear, but also with its trapezoidal, event-illuminated third side window. At the front we recognize the cheerful face with the round headlights, while the rear has simple LED lighting in three floors, as at the time. In the grille we actually find an illuminated Renault logo, although the grille does serve an alternative purpose here. 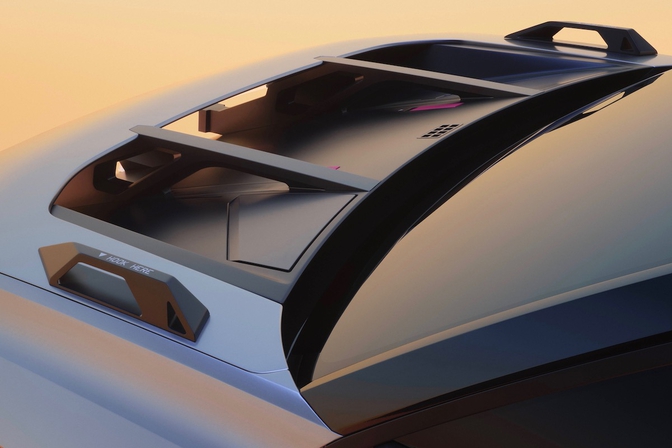 The recognizable rectangular opening in the nose does not serve to provide an engine with breath, but to optimize the airflow over the front. So it’s actually a kind of front spoiler like we saw with the electric Dodge Charger Daytona SRT Concept, but maybe a little cuter. Still, the 4Ever Trophy also has its tough sides — or at least: tougher than the original R4. While that was a kind of crossover avant-la-lettre, this concept car takes the form of a radical miniature off-roader with its huge 19-inch wheels; illuminated roof rack and solid bumper work.

Under the skin, the 4Ever Trophy is rather modest, or even downright realistic. Renault indicates that the car has an electric motor with 136 hp, which draws its power from a battery pack of 42 kWh. That also seems sufficient for a car of this size, because the 4Ever Trophy would play in the B-segment with its length of barely 4.16 meters. Renault also confirms this by revealing that the study model is on the CMF-BEV platform, which would also be used for the new Renault 5 and the upcoming electric Nissan Micra. 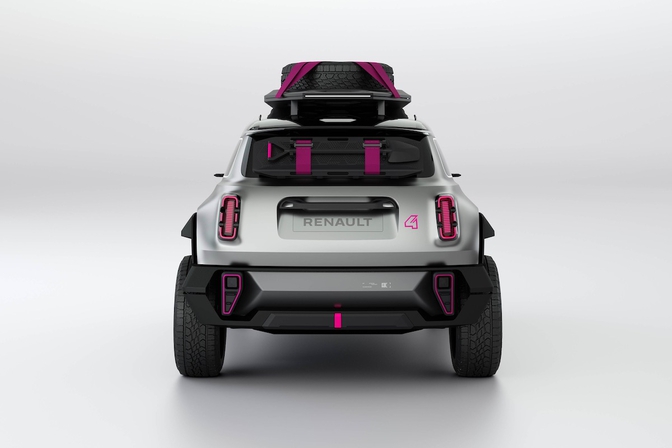 That concrete information already suggests: Renault actually has plans with this ‘4. They say that a production version of this car will come on the market around 2025, and that it will compare to the electric Renault 5 as the Captur to the Clio. For now, this concept car may have the sole purpose of honoring the 25th anniversary of the 4L Trophy Raid for charity, but we will probably think back when Renault unveils its brand new, electric ‘4 within three years.

Column | Our future is not going so well yet

Indonesia: almost 200 deaths left the 5.6 magnitude earthquake in the west of the island of Java