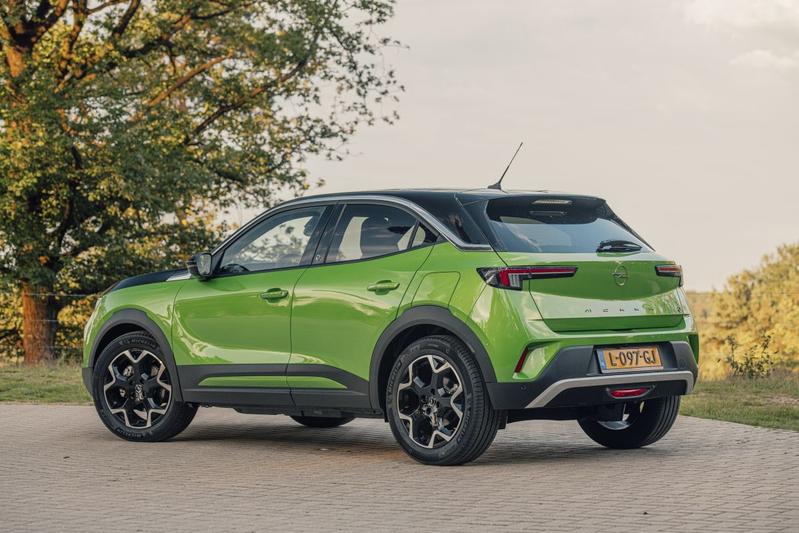 Now there is nothing old about the powertrain of the Opel Corsa-e and Opel Mokka-e, as the electric versions of those compact models are officially called. Sister brand Peugeot has now launched an improved e-208, which until then was technically the same as the electric Corsa. The same applies to DS, which has the more luxurious and now improved brother of Opel’s Mokka with the DS 3 E-Tense. Due to a reduced energy consumption and larger battery, both cars are now considerably further on a full battery than before, while the power increased from 136 to 156 hp. At Opel, those changes have not yet been announced, but you can count on the models from Rüsselsheim also benefiting from them. That does not alter the fact that those who can live with the current powertrains, 136 hp strong and good for 359 km in the Corsa, can already benefit considerably. Regardless of the version, Opel gives a discount of €2,950 on the purchase price. This means that the electric Corsa is now available from €31,049, slightly less than what the car had to cost during a temporary discount campaign last year. Let’s see that in ‘inflation year’ 2022. The electric Opel Mokka-e, which has a WLTP range of 338 km, is available thanks to the discount from € 35,549. The discount amount of €2,950 does not come out of the blue, but is exactly the amount that applies to new EVs under the SEPP scheme in 2023. That discount already applies at Opel.

Brigadier Joyce has to report terrible news: ‘She passed away’

The worst winter… British health prepares for the next challenge

Tamara Wilson: “I dare to be imperfect now. We are singers, not brain surgeons’

Why does your car use more fuel in winter? – Ruetir

The worst winter... British health prepares for the next challenge

Soufiane B. cut off his ex’s hair with a bread knife