O’Leary, commented on Ita: “It’s like Alitalia but with another name” 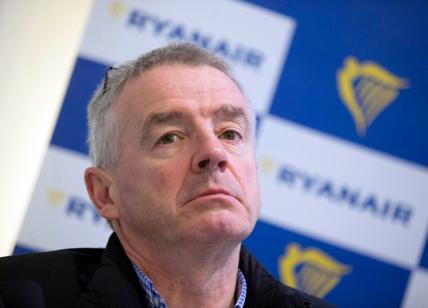 O’Leary: “Per Ita I think that Air France be the wrong partner, better Lufthansa”

“Ita celebrated its first anniversary but admitted losses of hundreds of millions of euros and is already asking for new public interventions: in the end it is always the same story of Alitaliawith a different name. “This was stated to Adnkronos by the CEO of the Gruppo Ryanair Michael O’Leary, on the sidelines of the presentation of the company’s new routes on our market. On the red balance sheets of the former national airline, no surprise, he explains O’Leary: “In this sector it is impossible to make profits if the fleet and routes are reduced. Moreover, compared to the old one Alitalia halved flights but did not cut staff by 50%, the result is that they have more staff per passenger than Alitalia“.

“Per Ita I think that Air France be the wrong partner, better Lufthansa: Germans know how to manage their own group’s companies, just see what they have done with Swiss, Austrian Brusselswhile the French have no similar results, and neither Delta“, then continued the CEO, observing how”Air France e Delta they would end up taking the transatlantic routes of Ita (and this was already the undoing of Alitalia)”.

“Air France“, He adds,” will not assume any commitment on Italy e Ita it will simply provide traffic to the French: the fact is that more Ita is more successful Air France weakens. Ita it will never disappear, but in the long term for the Italian taxpayer Lufthansa it would be a better option “explains the manager:”Ita it needs a strong shareholder, but I see that with the new government there is talk of involving “the public” with a 50% stake “.

As for a possible participation of shipping companies, he stresses, “in the end the cruises do not bring large volumes” to the carriers: “We in Ryanair we have one flight a day linked to cruises, but it only takes us 100,000 passengers a year. The shipping companies ‘they talk’ a lot, but it’s like charter flights, they have traffic peaks in the summer and they all want to go to Venice or Rome, but you have to fly all year round, in all regions “.

Zelensky’s announcement: 65,000 Russians have died since the start of the war

England, super bonus for Southgate: if he wins the World Cup …

Salvini: “I want a new house plan with the help of private individuals”

Conte-Di Maio, the new battle is on the severance pay. The ex-minister: “I will donate them”

England, super bonus for Southgate: if he wins the World Cup ...

Catanzaro, the first words of Vitaliano Corasaniti when help arrives

Faces of Football – Letters to the Croatian National Team