There will be an investigation into Mahsa Amini’s death, says Iranian president – Ruetir

Iranian President Ebrahim Raisi said Thursday that the death of Mahsa Amini, which caused the large popular protests underway these days in several cities of Iran, will be investigated “quickly”, but has also condemned the “acts of chaos” which according to him the demonstrators are carrying out.

Amini was a 22-year-old woman who died in prison on September 16 in Tehran after being arrested by religious police for not wearing the veil correctly. The news of her death – which the regime has attributed to natural causes, but which appears to have been linked to a subsequent beating probably carried out by the police – has provoked massive protests across the country. The demonstrations began in Iranian Kurdistan (the western part of Iran, where Amini lived) and extended to most of the country, including the capital Tehran. The police responded violently, including firing on demonstrators: according to estimates by human rights organizations, at least 31 people have died so far.

Protesters set fire to police stations in various cities on Thursday, and there were still serious clashes. Women are playing a central role in the protest, and for days there have been videos of Iranians burning their veils and cutting their hair in public places, exceptional events in a country where dissent is systematically repressed by the regime. 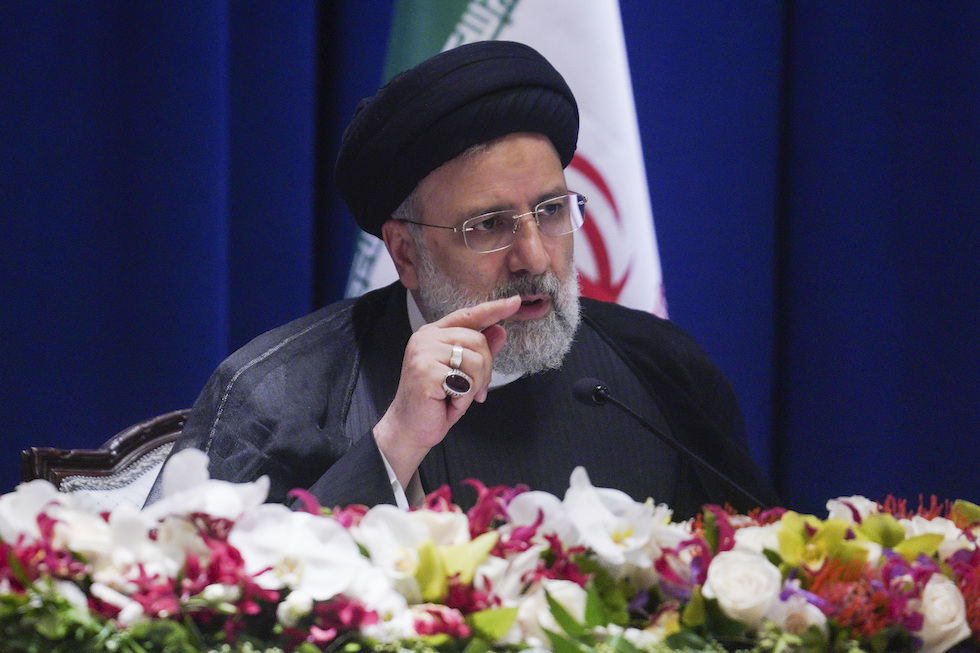 Protest cannot properly be called a movement, it does not have a centralized organization or a recognized leader, and therefore it is relatively difficult to understand what the protesters want. Among the most frequent requests, however, is the relaxation of the harsh moral laws that constrain the lives of Iranians and Iranians (including the obligation to wear the veil for women) and the dissolution of the religious police. Some of the protesters are bolder, and a common slogan these days is: “Death to the dictator!”, Referring to Supreme Leader Ali Khamenei, Iran’s leading political and religious figure.

Amazing bravery! In this recent video received from the city of Amol in Northern Iran, Iranians are defying the riot police, which are trying to run away. Iranians are risking their lives to say no to this regime. The West mustn’t negotiate with it#IranProtests #MahsaAmini pic.twitter.com/PT1EtGRD0j

President Raisi, who spoke in New York on the sidelines of the UN General Assembly meeting on Thursday, said he had contacted Amini’s family and that the case is in the hands of the Iranian judicial system. “Our biggest concern is to safeguard the rights of all citizens,” he said.

Anti-government protests in #Tehran continued Wednesday evening, September 21. Protesters near Tehran’s Hafez Bridge chanted: “We will fight, we will die, we will take back #Iran !” #IranProtests #IranProtests2022 #MahsaAmini #Mahsa_Amini pic.twitter.com/GNIHqKH9C2

In reality, in Iran, the authorities are trying to suppress the demonstrations by various means. The internet has been blocked in much of the country, and the intelligence ministry has publicly made it known that participating in the protests is illegal and that anyone who does will be legally liable. Furthermore, on Friday, the authorities organized counter-demonstrations in support of the regime.

The creative director of Mario + Rabbids Sparks of Hope confesses two characters that he would like to include – Ruetir.com

Hideo Kojima is collaborating with NASA on a watch

Synthetic milk arrives that does not need cows, could drastically reduce methane in the atmosphere