Starting today and until Tuesday 27 September, referendums for annexation to the Russian Federation are held in four regions of Ukraine partially occupied by the Russian army and pro-Russian separatist forces. The vote was hastily announced on Tuesday by local authorities in the four regions – Luhansk, Donetsk, Zaporizhzhia and Kherson – and confirmed in fact the next day by Russian President Vladimir Putin, who said Russia would support them and respect the outcome.

Referendums are considered illegal, because they take place in militarily occupied areas and because they do not respect the minimum standards established to guarantee the regularity of an electoral process: they are therefore defined as a “farce” by the vast majority of the international community, excluding Russia and its allies.

Although it has a predictable outcome, the vote these days is still relevant, because Russia could decide to use it as a pretext to expand its military activities in Ukraine: it is no coincidence that Putin gave his support to the referendums in the same speech in to which he announced the “partial mobilization” of 300,000 Russian reservists.

The announcement made on Tuesday of the self-proclaimed republics of Luhansk and Donetsk (which Russia already considers independent) and the officials of the occupied Zaporizhzhia and Kherson areas surprised many analysts: in Kherson, for example, a similar referendum was canceled only a few weeks. ago, following the Ukrainian army’s approach to the city.

It is likely that the decision to hold the referendums was taken hastily, and was determined by two factors. First of all, the large and victorious counter-offensive of the Ukrainian army in the north-east of the country, which freed the entire Kharkiv region from Russian occupation and also began to involve some areas in the Donbass: seeing themselves threatened by the Ukrainian advance, the illegal authorities of the occupied regions would like to join the territory of Russia to secure the support of the Russian regime.

The second reason concerns the need for the Russian regime to justify a new phase of the war in Ukraine: it could be easier for Putin, both from the formal point of view and from the point of view of internal consensus, to justify a military escalation and the sending of new troops in the Ukrainian territories if those territories are considered Russian in all respects. In this way, it could pass the invasion war as a war to defend “the territorial integrity of our country,” as Putin said in his Wednesday speech.

Also, like he wrote analyst Dara Massicot, after the recent military defeats, Russia needs to stop the Ukrainian advance and find a way to reorganize its forces. This is why the regime is trying to raise the stakes by declaring much of the Ukrainian east (15 percent of the country) as Russian territory. To this, Putin added the threat of using unconventional weapons (in particular tactical nuclear power) in defense of “territorial integrity”.

In other words, the Russian president is trying to sufficiently scare the Ukrainian government and its allies in order to get time to reorganize their forces. 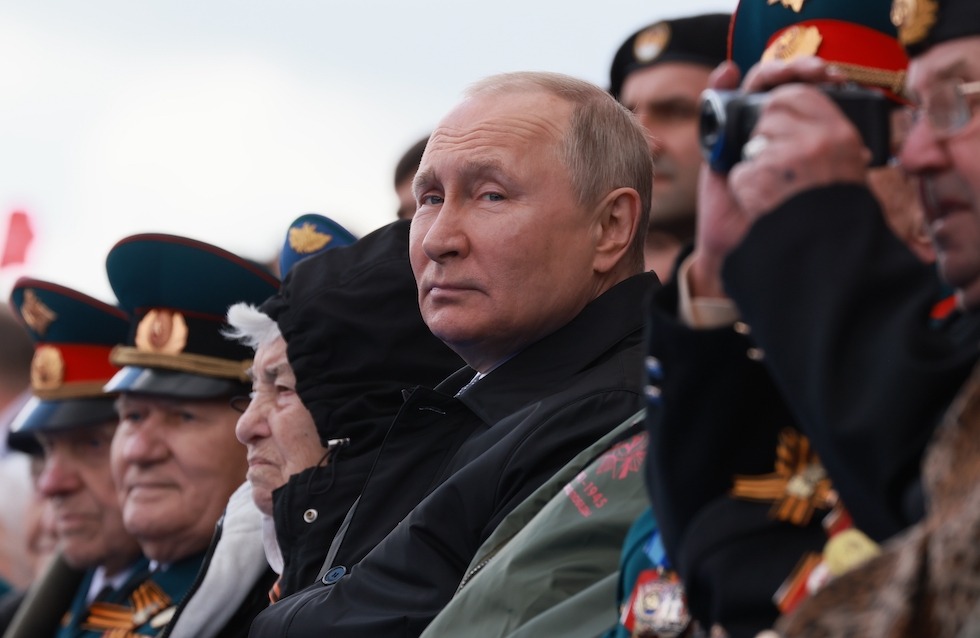 The vote will take place in particular ways, also due to the haste with which it was organized. According to Russian media, electoral officials will go house to house to collect the votes starting Friday, taking ballot boxes with them. Only on the last available day, September 27, will some traditional polling stations be organized.

To make referendums illegitimate, in addition to the rather evident fact that they are carried out in territories militarily occupied by a foreign army, in areas where the press and the internet have been censored and where arbitrary arrests are frequent, there are two other important factors, linked to the course of the war. First of all, all of eastern Ukraine is heavily depopulated, especially in the occupied regions of Zaporizhzhia and Kherson, because millions of people fled at the beginning of the Russian invasion and in the following months to avoid the violence of the conflict.

The estimates are rather complicated, but it is believed that between 40 and 50 percent of the population fled in the Russian-occupied regions. In Kherson, for example, about 300,000 people lived before the invasion, while now, according to estimates by the former mayor of the city, there were 180,000 (the figure is also confirmed by Russian sources). Enerhodar, the town where the Zaporizhzhia nuclear power plant is based, had 50,000 inhabitants and now there are 25,000 left. All these people are still resident, and their right to vote will be denied.

Another notable – and unclear – issue is that Russia does not fully control the regions that should be annexed by referendum.

Of the four regions that will be voted on from Friday, Russia occupies almost the entire Luhansk in the north and Kherson in the south, although both are the subject of two Ukrainian counter-offensives that are liberating territories. In the other two regions, Donetsk and Zaporizhzhia, Russia controls about half of the territory (and in Zaporizhzhia in the Russian-occupied zone only one third of the total population of the region lives). 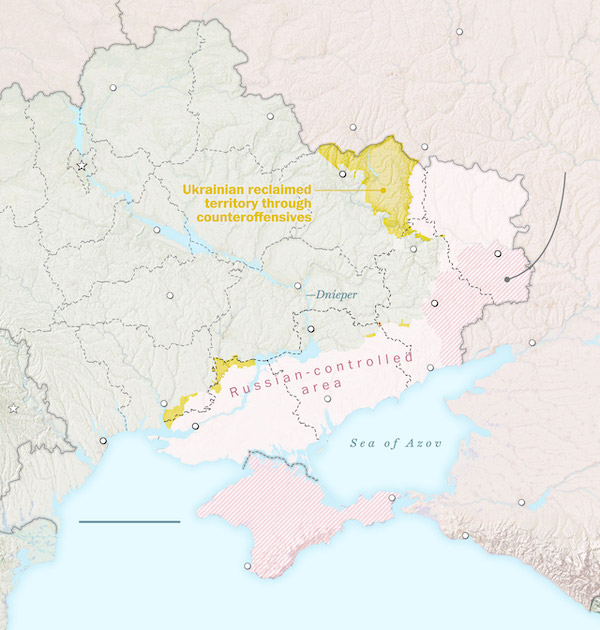 A map of the areas occupied by the Russians, made by the Washington Post

It is still unclear whether Russia, after the referendum, intends to annex only the parts of the territory it occupies, or whether it wishes to declare the regions as its own, although they are still partly controlled by Ukraine.

'Andor' gets it right in the most unexpected way for a 'Star Wars' series: proposing an 'Anti-Mandalorian'

Ferre takes a risk and says a consonant at the last second… Could he have taken the panel?

Melisa’s great disappointment in believing that Kadir likes Süsen: “I wish you had been as sincere as me”