He climbs onto the balcony to retrieve the keys: he falls and dies

In a few hours the father and son died. The latter died just as he was on his way to see his parent’s body.

A mocking fate has struck twice in a few hours a family originally from Campania but always residing in Formigine, in the province of Modena. The son, the 42-year-old Alessandro Scotti, he was going to the funeral home to see the body of his father who died that morning. But he never got there: he died in his turn. 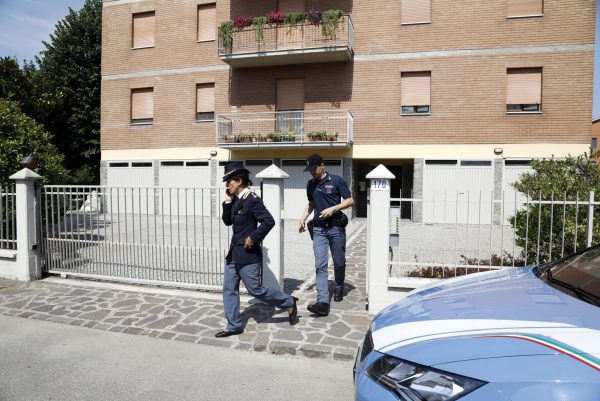 It was around 7 in the morning when Alessandro Scotti left the house to go to the funeral home of the hospital in Baggiovara where his deceased father was staying. Realizing that he had forgotten his car keys in the house, the 42-year-old tried to go back through the French window in order to do it sooner. In climbing up the facade, the man has lost his balance and is precipitated from the third floor of the building where he lived on the corner of via Mazzini and via 25 aprile. From the first surveys of the Carabinieri, it seems that Alessandro Scotti tried to reach the balcony of his home, located a little higher on the third floor, an acrobatic that he seems to have already attempted previously. But something went wrong. The 42-year-old is speculated to have lost his balance or failed to engage to the balcony railing and fell for a few meters onto the sidewalk along Via Mazzini, where the entrance to the building is located.

The alarm was given by a neighbor who, hearing a thud, looked out and had the man on the ground. Despite the readiness of the 118 emergency services for Alessandro there was nothing to do: Scotti is practically died instantly. Widespread trauma left him no way out and the health staff had to ascertain the death of the young man on the spot. The whole neighborhood remembers him fondly, a very polite boy and a hard worker. For about twenty years he had moved to Formigine and worked at Ri-Wal Ceramiche of Roteglia as a forklift driver. He leaves a 16-year-old son, his mother Anna, his brother Enzo and his sister Nunzia, both older than him, cousins ​​and many relatives. Also in Modena, recently, a 60-year-old lady is she fell out of the window while she was cleaning.

Shopping Day: shopping centers will increase their sales by up to 60%

Dragon Ball GT - This is the gigantic figure of Omega Shenron Masterlise Extra, the fearsome dark dragon of the series

Dani Sánchez, pure adrenaline singing 'Are you gonna be my girl' in 'La Voz'

Industrial ice is much more than a giant ice bucket: the science behind the purchased ice cube

The first FIFA 23 trailer already has a release date