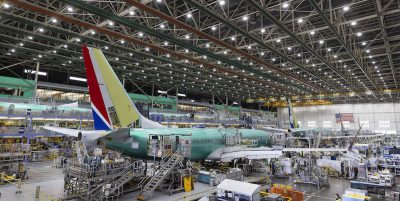 Boeing, the leading US aircraft manufacturer, will pay $ 200 million to settle a civil lawsuit in which it was accused of lying about the safety of the 737 MAX model, misleading investors.

Between 2018 and 2019, there were two serious Boeing 737 MAX plane crashes caused by model manufacturing defects, in which 346 people died: the Securities and Exchange Commission (SEC), the federal body that watches over the stock exchange in the United States. , accused Boeing of publicly lying about the safety of the model after the first crash: Boeing, according to the SEC, at the time claimed that the 737 MAX was as safe as any other aircraft.

As part of the same civil lawsuit, former Boeing CEO Dennis Muilenburg will pay $ 1 million. Boeing and Muilenburg agreed to settle and pay, but neither admitted nor denied the allegations. The SEC said a fund will be set up to pay off investors hurt by Boeing’s behavior.

Civil Hospital: They announce free actions to take care of the heart

The ‘Sindulfos’ score a triple in ‘Boom!’… and they are left without a strike!