American intelligence – the CIA, the main foreign intelligence agency, but also other organizations – is progressively redirecting resources and personnel from counter-terrorism to espionage operations, mainly aimed at China. It is a change of orientation that the American government has been planning for some time, after that in the last twenty years, with the so-called war on terror that began after the attacks of September 11, 2001, intelligence activities had focused above all on prevention and contrast to the terrorist threat and the more traditional espionage, that towards other countries, had been neglected.

While counter-terrorism operations remain a priority, as demonstrated by the recent killing of al Qaeda leader Ayman al Zawahiri by the CIA, the change of orientation towards espionage has been declared both programmatically and through a series of concrete actions. At a recent conference on intelligence in the United States David Cohen, deputy director of the CIA, said for example that the agency needed to “strengthen and synchronize its efforts on China” and that it would commit new means and resources to this end.

Some officials recently interviewed by both the Associated Press and CNN confirmed that several American intelligence agencies in recent years have engaged many of their members in operations focused on China, often subtracting them from those of counter-terrorism. Although there are no details on the numbers and type of positions, the Associated Press talks about the transfer of “hundreds” of officials from one area to another. Cohen also said he has stepped up regular meetings with CIA Director William Burns dedicated exclusively to China. The presence of US intelligence in China is “dishearteningly insufficient,” writes CNN, citing some American officials.

Among the objectives of American intelligence, it seems that there is above all to gain information on advanced technologies, such as those related to artificial intelligence, which the Chinese government has developed in recent years and in which it is continuing to invest the equivalent of trillions of dollars. dollars. Also for this reason, the CIA, last year, created two new specific units, one on China and one on emerging technologies. The new units will serve to centralize and strengthen information gathering in both areas. The new unit dedicated to China, among other things, is the only one in the CIA dedicated to a single country rather than to a region or area of ​​the world.

The CIA is also hiring more Chinese-speaking people, while many of the formerly hired officials are studying it. Finally, it seems that among the future plans of the agency there is also the strengthening of its staff in geographic locations far from China but fundamental in its process of political and economic expansion. These include Africa, one of the areas in which the Chinese government is trying to gain more influence, despite many problems, including through the huge investment program for the construction of commercial infrastructures known as the Belt and Road Initiative or “new way of silk “.

– Read also: Why is China building half of the world’s infrastructure?

Operationally, all of this is partly seen as a kind of throwback to the way some intelligence agencies worked before the so-called war on terror began: [la CIA] is in some ways trying to replicate some of the things that worked well before the war on terror dominated everyone’s attention, “Thad Troy, a former agency official who has previously led operations in several cities on the continent, told CNN. European. 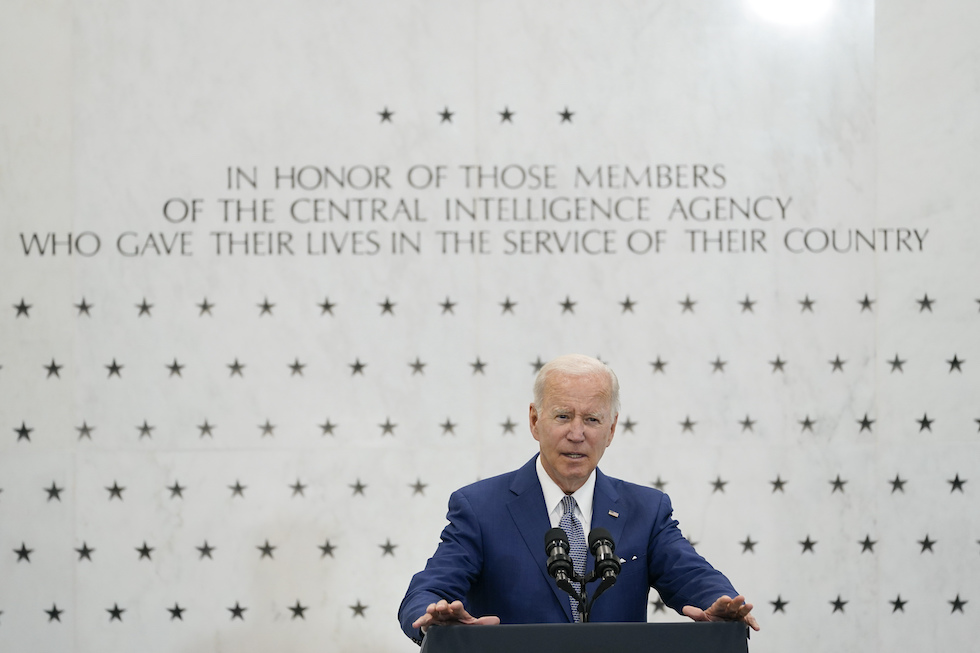 The shift in US intelligence is being supported by a number of US officials and politicians from both sides, and many believe it is also quite late compared to US needs. Jason Crow, a former US military officer in Iraq and Afghanistan and now a Democrat from Colorado, told the Associated Press that the United States has been “over-focused on counterterrorism in recent years” and that “a far greater existential threat it is represented by Russia and China ”.

Even in a recent report by the main US parliamentary committee dealing with intelligence it is said that “with the expansion of the counter-terrorism mission, […] l’IC [la United States Intelligence Community, l’entità federale che racchiude le 17 agenzie e organizzazioni di intelligence del governo federale americano] it treated traditional traditional intelligence missions as secondary ”. According to the report, one of the consequences is that there is still much “inattention” to other emerging threats.

The decision over the past two decades to prioritize counter-terrorism activities at the expense of espionage has also had serious consequences for US intelligence agencies.

A few years ago, for example, a New York Times investigation reported how, between 2010 and 2012, the Chinese government had managed to “systematically dismantle” the CIA’s spying operations in China, in what some officials Americans then called it one of the worst US intelligence failures in decades. Whatever the methods used, on that occasion China had managed to obtain information on the identities of the sources used by the CIA on the ground, then imprison and kill them, thus drastically reducing the flow of information that the agency was managing to obtain from ‘ interior of the Chinese state.

Last year, all CIA offices and agents received a note saying that dozens of foreign informants had been discovered, captured or killed in recent years. Many of those whistleblowers were in China, or Russia, and identifying them and tracking their movements had become increasingly easier thanks to new technologies, for example through biometric fingerprints and facial recognition, but also with artificial intelligence systems and cyber attacks. . Commenting on the loss of informants, some officials also traced it to the fact that in recent years the CIA had devoted much of its attention to counter-terrorism operations.

These difficulties do not imply that American intelligence has completely lost its effectiveness, on the contrary: in recent months it has achieved several important successes in Russia, first by correctly predicting the invasion of Ukraine, and then by providing fundamental aid to the Ukrainian resistance in the course of the war.

But many experts believe that a major paradigm shift is needed despite everything.

It is believed that China’s political and economic expansion contributed to the change of orientation, accompanied by an increasingly decisive and assertive foreign policy on the part of the Chinese Communist Party. In recent years, US intelligence has also accused China of attempting to influence US domestic politics, launching cyber espionage campaigns against the United States, and more recently withholding important information on an issue of global concern such as the spread of coronavurus.

Even the ongoing crisis in Taiwan, an independent island that China considers its own but with which the United States has very close, albeit informal, relations, has made it clear how important it is for the United States to have all the necessary means to foresee any future government actions. Chinese. 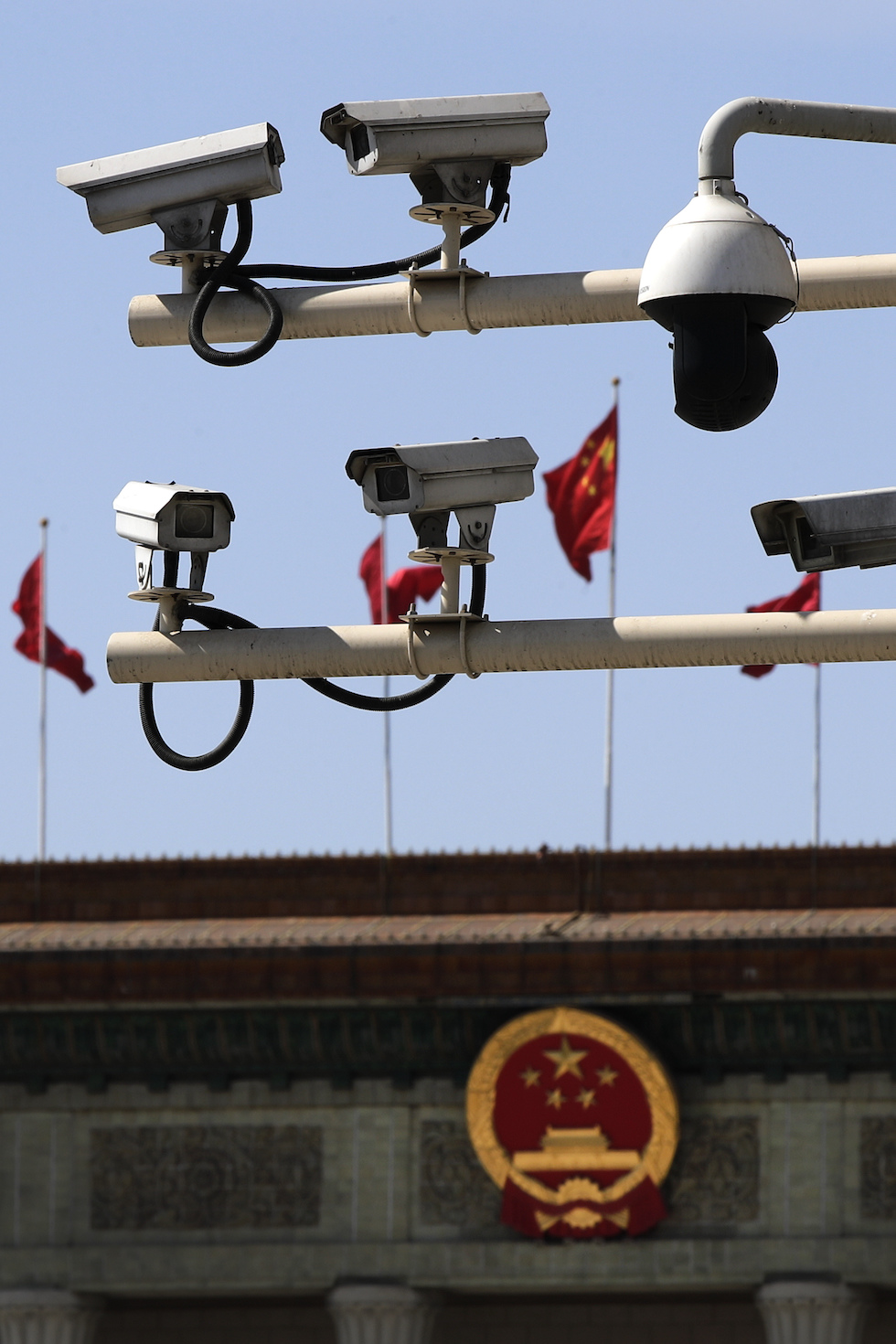 But spying on countries that also have powerful and sophisticated intelligence, such as China, is far from simple, and it will take a long time to reorient the work of intelligence agencies and to root it in a new geographic area. Not only the amount of resources or personnel involved will have to change, but also the culture of the agencies themselves, which for twenty years have focused on rather different missions: “For decades we have dealt with counter-terrorism: now we must develop a plan to implement this adaptation, and make sure we don’t have an ice age that our enemies can exploit, ”Douglas Wise, former deputy chief of operations in the CIA’s counter-terrorism division, told The Associated Press.

– Read also: One of the biggest failures in CIA history

Food insecurity: 8 out of 10 families experience this situation in Metropolitan Lima

The start of the championship according to Ruggero Lacerenza: “Inter team better equipped, Rome worked better on the transfer market”