In Afghanistan, the Taliban fired shots in the air to disperse a demonstration of about 40 women – Ruetir 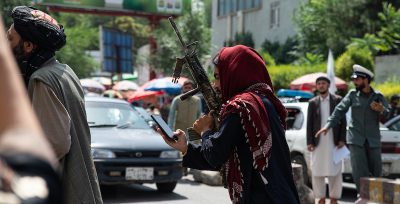 On Saturday the Taliban fired into the air to disperse a demonstration of about 40 women who were demanding greater rights in Kabul, the capital of Afghanistan. Almost a year after the Taliban took Kabul on August 15, 2021, women were demonstrating to ask for “bread, work and freedom” and were displaying signs saying “August 15 is a black day”. As the BBC wrote, “there have been some small and sporadic protests in recent months, even if all forms of dissent are repressed.” Also on the BBC, one of the demonstrators said that in previous protests the Taliban had beaten the demonstrators and added that “this time, firing shots in the air, they behaved differently from the past”.

In their first press conference in August last year, in which they presented themselves as a moderate and open group, the Taliban announced that they would guarantee respect for women’s rights, but then in the following months they had imposed an extremely radical interpretation of the Sharia law. , Islamic law. One of the latest measures was the obligation to wear the burqa for all women.

A lot of money for these signs in the coming weeks

Yes, she is! Disney uses Tinder to promote the premiere of She-Hulk

How to Kick Someone Off Your Wi-Fi

Masahiro Sakurai reminds us of details about the closure of the Nintendo 3DS and Wii U eShop – Ruetir.com

A Kindle to write, Smart TV QLED or a sleep sensor: Amazon presents its new devices

Atlas: The two-time champion prepares his debut at home, do the injured return?

eFootball 2023: the release date of the update revealed