THQ Nordic Showcase: here is the recap of the event | Ruetir.com 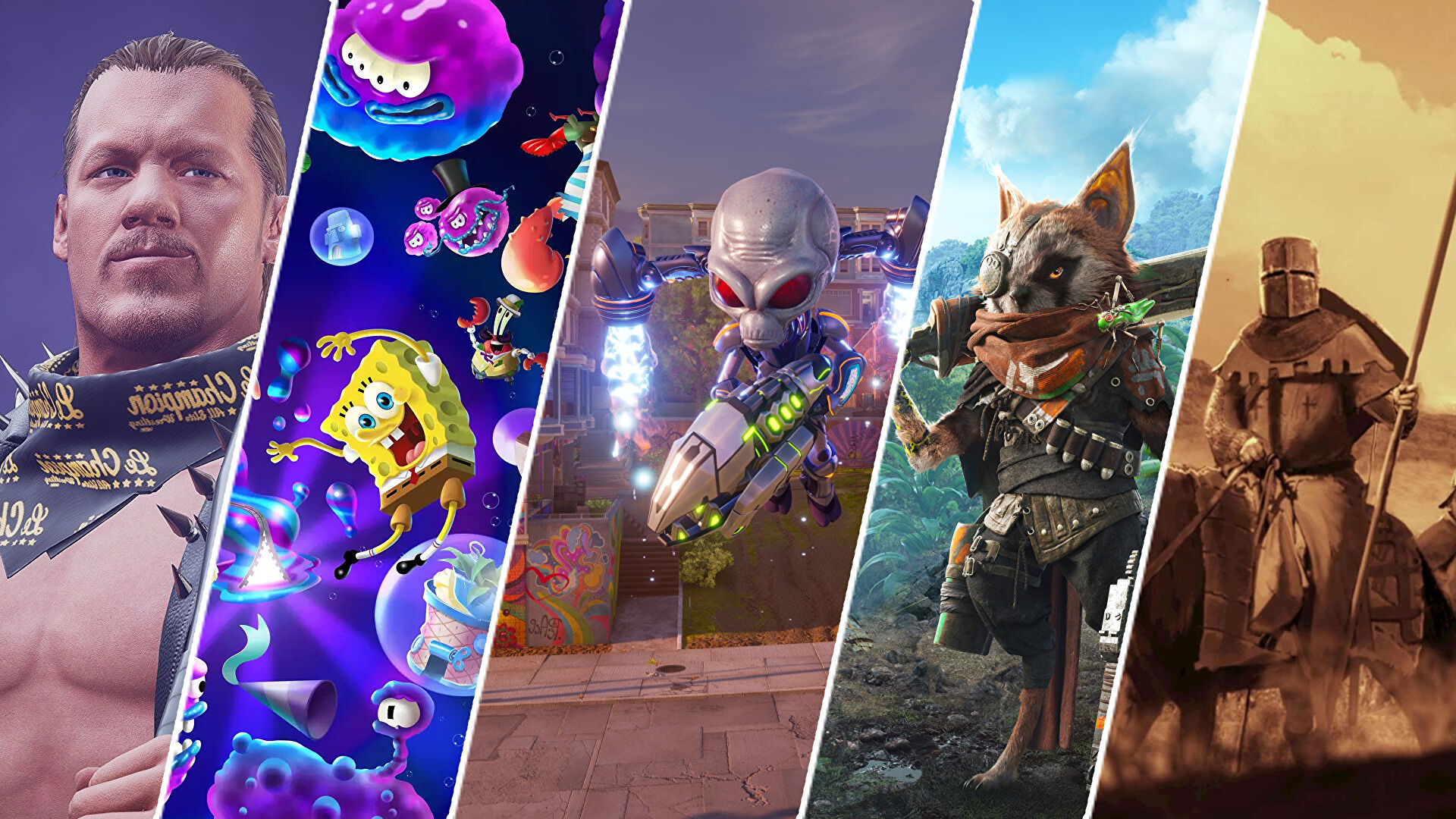 In these last moments, there was the THQ Nordic Showcase, which has seen several titles protagonists, especially productions such as Alone in The Dark, Gothic Remake, Destroy All Humans 2! Reprobed. In this recap article, we report all the announcements and videos shown during the digital event.

Alone in the Dark:

Although he was the protagonist of several rumors and rumors, Alone in the Dark has finally shown itself through a reboot that sees the protagonists return to Derceto Manor in this reinterpretation of Alone in the Dark, a love letter to the classic horror of the 90s. . When she finds out that her uncle is missing, Emily Hartwood sets out on a search for her with the help of private investigator Edward Carnby. The title will arrive on PS5, Xbox Series X / S and PC

Black Forest Games and THQ Nordic showed a full-bodied video dedicated to Destroy All Humans! 2 Reprobed. The title allows players to return as Crypto-137. The game will arrive on the day of August 30 on PC, PlayStation 5 and Xbox Series X / S. Meanwhile, here are some details of the game:

Crypto is back, and now he’s licensed to probe. It’s the return of the craziest alien invader ever! Discover the fabulous sixties in all their psychedelic glory with your new genitals and avenge the KGB for blowing up your mothership. To do this, you’ll need to come to terms with the very members of the species you wanted to enslave.

During the THQ Nordic Showcase, developer Mirage Game Studios announced Space for Sale, a sci-fi sandbox title. Unfortunately, an official release date of the game has not been announced, however we know that the work will only arrive on PC and is in pre-alpha. That said, here are more details about the game:

Space for Sale follows the delightful journey of an intergalactic real estate developer on a mission to build hospitable homes, cozy accommodations and luxury properties. His list of alien customers is constantly expanding, but so are their requests.

Another big announcement that took place during the well-known company’s event was Gothic Remake. The trailer invites viewers to descend into the depths of the Old Mine, where dangers lurk in the darkness. The Gothic remake is planned for PlayStation 5, Xbox Series and PC. No release date has been announced.

Haeimimont Games unveiled a new trailer for Jagged Alliance 3 during the THQ Nordic Showcase. Grand Chien, a nation of rich natural resources and deep political divisions, is thrown into chaos when the elected president disappears and a paramilitary force known as “The Legion ”Takes control of the campaign. Now, the President’s family has gathered all their resources, including an agreement with the powerful Adonis company, to hire a group of skilled mercenaries to find the President and restore order to the country. The title will arrive on Steam but a release date has not been announced yet.

The surprises do not end here because at the THQ Nordic Showcase a new trailer dedicated to The Valiant, a title in development at KITE Games, was shown. The game follows the story of Theoderich von Akenburg, a former Crusader knight who, after becoming disillusioned with the cruelty of war, is called back into action by the events that occurred 15 years earlier, when he and his former brother in arms, Ulrich von Grevel, came across a fragmented piece of an ancient artifact: the Rod of Aaron. A young monk named Malcom shows up at Theoderich’s door, bringing him news that the rod contains a power never conceived for mortals, and Ulrich has become obsessed with finding the remaining pieces and unifying the rod, an event that could bring evil. and suffering unspeakable to the world. The Valiant will be available on PC, PlayStation 4, PlayStation 5, Xbox One and Xbox Series X / S, although a release date has not yet been made official.

Slipgate Ironworks and THQ Nordic have announced Tempest Rising, a new real-time strategy title coming to PC in 2023. Classic real-time strategic action meets modern production and performance in Tempest Rising. Inspired by the great real-time strategy games of the 1990s and 2000s, Tempest Rising is a classic base-building real-time strategy game set in a modern-day alternate war scenario. The game features three unique factions, each with their own approach to combat and economics and offering a variety of strategies for players of all types, maps with neutral structures to challenge and neutral populations to face, deep and rewarding gameplay which focuses on strategy and rewards skill, and built-in customization options that allow players to play the game in their own way in both single-player and multiplayer modes.

The publisher together with the developer Black Sea Games showed a new trailer dedicated to Knights of Honor II Sovreign. Choose your kingdom and become the king as you fight for control of Europe in this new version of the grand medieval real-time strategy. Knights of Honor II: Sovereign encompasses all the depth players desire and at the same time represents the gateway to the grand strategy genre, presenting the world as a living miniature, breathing, alive and ripe to be taken. The title will arrive on Steam but no release date has been announced.

Outcast 2 A New Beginning was also one of those titles that received a new trailer during the THQ Nordic Showcase. We know that the work will arrive on PC, PlayStation 5 and Xbox Series X / S, but unfortunately no release date. 20 years after the award-winning action adventure Outcast, the pioneer of the non-linear open-world gaming genre, the long-awaited sequel sees Cutter Slade return to the spectacular alien world of Adelpha.

Another world premiere that took place during the event is Wreckreation, an open-world racing game. Developed by Three Fields Entertainment, the game will arrive on PlayStation 4, PlayStation 5, Xbox One, Xbox Series X / S and PC. Here are the details of the title:

Wreckreation is home to your very own MixWorld, a 400 square kilometer racing kingdom that you can create, shape and destroy. Developed by Three Fields Entertainment, a team of creators of the Burnout and Need for Speed ​​series, Wreckreation was designed to be the ultimate open-world sandbox experience for driving and racing enthusiasts. A complete world, designed by you or together with your friends online. In Wreckreation you can continually try to outdo yourself and the rest of the world on paths and tracks designed by you or your friends. But yours will probably be better anyway.

Also during THQ Nordic, a new trailer for AEW Fight Forever was unveiled. Developed by Yuke’s, creators of numerous wrestling games that have sold millions of units, the game combines the nostalgic atmosphere of arcade wrestlers with innovative All Elite Wrestling endings and offensive tandem moves.

Another new trailer has touched Stunfest World Tour, a title developed by Pow Pow Entertainment. Stuntfest: World Tour is the sweet adrenaline mix between racing and extreme sports with a unique targeted ejection mechanism. 18 players compete in an elimination Stuntshow across a variety of nerve-wracking game modes. The target? Shine on stage and become the festival winner.

Purple Lamp Studios and THQ Nordic have unveiled a new trailer for SpongeBob SquarePants The Cosmic Shake. SpongeBob and Patrick meet the mysterious fortune teller Kassandra who gives them a vial full of mermaid tears. Legend holds that they fulfill the wishes of those who are pure in heart. Naturally, the two best friends get too excited and their barrage of desires rips apart the very fabric of space and time. All this by releasing cosmic jelly on Bikini Bottom and opening portals to strange worlds of desires.

These were all announcements from the THQ Nordic Showcase. What do you think of the event?

The youtuber deceives everyone: will she go viral with her “Amy Winehouse-type” voice?

Wreckreation announced, presented the mix between Need For Speed ​​and Trackmania

This 50-inch 4K television now at an unbeatable price