The US Senate has approved the Inflation Reduction Act, an economic plan that provides the largest investment in environmental policies in the history of the United States – Ruetir 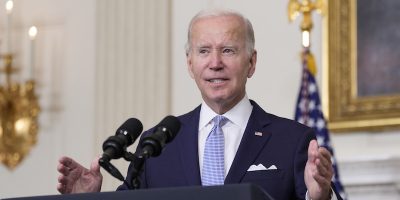 On Sunday, the US Senate approved the Inflation Reduction Act, a bill of a Democratic initiative worth 740 billion dollars, which includes various measures to contain inflation, large investments in more sustainable energy policies, an increase in health coverage and higher taxes for large corporate profits. For the Biden administration this is an important achievement: this bill is the result of long and complicated negotiations, as well as significant compromises. The Inflation Reduction Act is in fact the reduced version of the “Build Back Better Act”, the very ambitious initial plan of measures proposed by Biden but never approved, which was worth 3,500 billion dollars.

The Inflation Reduction Act has not yet been definitively passed, but only the approval of the House is missing, which is practically secured because the majority of Democrats are larger.

The Inflation Reduction Act provides for an investment of approximately $ 300 billion for measures to reduce the deficit (i.e. between the annual deficit between government income and expenditure) and inflation, and another investment of approximately $ 369 million to reduce carbon emissions by about 40 percent by 2030 and to increase energy production from renewable sources. In this sense, the law will become the largest economic measure ever adopted in US history to combat global warming. The package also includes an additional $ 64 billion to offset rising health care costs and extend health coverage, and finally a tax hike plan for large corporations and wealthier citizens.

The Inflation Reduction Act, which the US parliament had been discussing for about a year, was approved in the Senate after hours of debate and attempts by Republican senators to thwart it. In the end it passed with 51 votes in favor and 50 against: the last vote in favor, the one that allowed its approval, was by the vice president Kamala Harris (the vice presidents can vote in the Senate only in the case of an even vote, to unlock the approval or rejection of a bill).

The original designs of the Super Mario movie were crazy

Nacho Cano clarifies the absence of Chanel in the musical ‘Malinche’