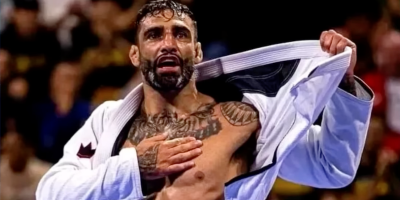 On Sunday, eight-time world champion of Ju Jitsu, a martial art, Leandro Lo was killed in a club in Sao Paulo, Brazil. Lo, who was 33, was shot in the head in circumstances that are yet to be fully clarified.

According to the first reconstructions, Leandro Lo was killed after a brief fight, or in any case a physical confrontation, with an off-duty policeman called Henrique Otávio Oliveira Velozo, while the two were in a club on Sunday night. Oliveira Velozo, at one point, allegedly shot him in the head: Lo died a few hours later in the hospital, while Oliveira Velozo fled.

Leandro Lo is considered one of the greatest Ju Jitsu champions of all time: in addition to having obtained eight world titles, he has won numerous other awards in his career.

The IBJJF and Jiu Jitsu community are extremely saddened to hear of the passing of Leandro Lo. Lo was one of the greatest athletes our sport has ever produced. An example of a true black belt, martial artist and champion on and off the mats. Rest in peace legend. 🙏🏼🕊 pic.twitter.com/lHK3n8pF4K

MotoGp in trouble without Valentino Rossi and Marc Marquez: the data from Silverstone

She Hulk: Attorney at Law is shown in a new trailer, there is also Daredevil