Alexander Zverev: Reveals that he suffers from chronic illness and launches foundation

german tennis player Alexander Zverevnumber 2 in the world, revealed that he suffers from diabetes since his childhood and that he has created a foundation that bears his name to fight this disease.

“August 6 is a very special day for my family and me. Today (Saturday), the Alexander Zverev Foundation was officially founded to help children suffering from diabetes type 1 and people to prevent possible type 2 diabetes by leading a healthy and active life,” the 25-year-old tennis player wrote on Instagram.

That same day, Zverev declared in an interview on RTL/ntv that he had decided to launch this foundation, based in Hamburg, his hometown, with his brother Mischa. “to show the world that limits should not be set for this disease.”

The current Olympic champion, diagnosed with diabetes at the age of three and a half, explained this Monday in a long interview with L’Equipe how he is dealing with this condition.

“I have the reader in my racket bag. The ATP He authorizes me to use it (…) I control myself every time I change sides. I don’t have an insulin pump, I inject myself. I always have my insulin pen with me,” he confessed to the French sports newspaper.

Zverev, who seriously injured his right ankle in the semifinals at Roland Garros against Spaniard Rafael Nadal on June 4, told RTL/ntv that it is still early to decide whether he will play the US Open, which will start on June 29. August.

“It’s still too early for that” declared the tennis player, who has just returned to training in Monte Carlo, where he lives. In addition, he stressed that he wants to be one hundred percent in the Davis Cup in mid-September.

Zverev, who posted a video on Instagram on Sunday of himself playing, says he is glad to be back in training. “Very happy” and “surprised, first by the way I played and not having felt any pain,” he remarked. 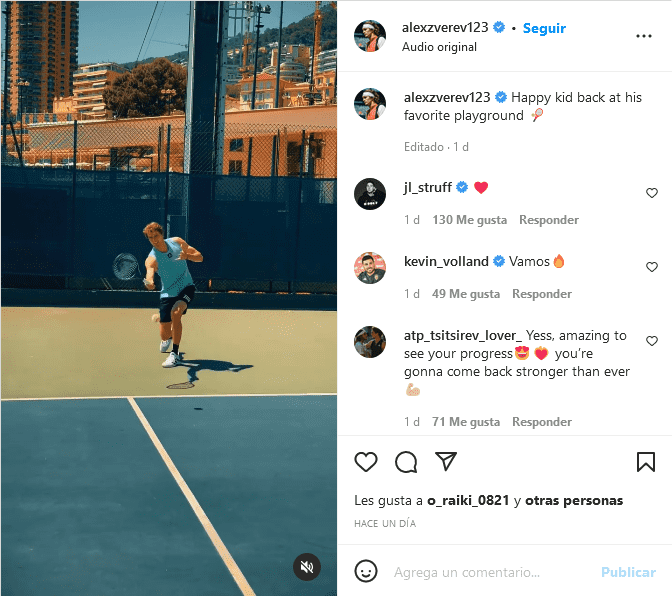 Football without a ball

Are you always late? It depends on your sign not on you!

JpMorgan rises in Bpm and exceeds 5%: off to the shore with Crédit Agricole