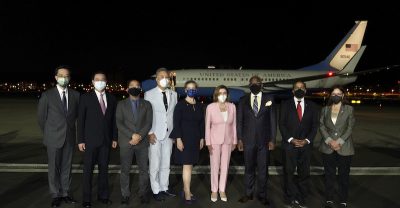 China has suspended some cooperation projects with the United States in retaliation for the recent visit of US House Speaker Nancy Pelosi to Taiwan. Pelosi’s was the first visit by an American political figure of her level in 25 years, and China, which considers Taiwan to be part of her territory, considered it an unacceptable provocation and an affront to its own authority.

For this, China has launched a large military exercise around the island of Taiwan and on Friday announced the suspension of cooperation projects with the United States on military and environmental issues, on the repatriation of illegally immigrated people, on drug operations and on projects. of legal assistance for judicial cases.

AirTag without battery? Learn to change its internal battery

7 series based on DC comics that you can not miss, and are available on Netflix and HBO Max

The faces of Luke Skywalker

Marvel will explore the death of Thor at the hands of Thanos, who carries Mjolnir