Prey Review: The myth of Predator relives on Disney + | Ruetir.com

1719, Comanche territories. Young Naru wants prove to the rest of her tribe that she is a skilled hunter, like his male colleagues and his brother Taabe, whom everyone looks to as an example of courage. In Prey the girl is waiting for the big day in which she will finally be able to crown her dream and the appearance of a sign in the sky, which she considers divine, seems to presage her destiny. The occasion is that of a lion hunt, organized following the wounding of a member from the tribe who is now seriously injured in the forest. But the animal is not the only danger from which the expedition will have to defend itself and soon Naru, a real teacher in following the tracks, discovers that something much more dangerous is hiding in the trees…

Prey: the hunt is on again

Reinventing the Predator universe is a feat that many have attempted, with mostly disappointing results. If the second episode starring Danny Glover was only a distant relative of the original, the two chapters of Alien vs. Predator and not even the most authorial approach, on paper at least, of the Hungarian Nimród Antal with Predators (2010) has managed to reinvigorate the franchise. Not even the recent The Predator (2018) signed by Shane Black had been able to leave its mark and there were therefore many doubts in the face of the new production announced some time ago and that today we can all see on Disney +, where it enters as an exclusive of the catalog .

Without leaving you in suspense, we can say that the miracle has finally happened and that we are facing the best incarnation of the saga after the prototype with Arnold Schwarzenegger. Prey, an emblematic title in itself, in fact fulfills all the prayers of enthusiasts and gives us a sort of fascinating and original stand-alone, which benefits from the very particular setting and which gives further surprises to the public, starting with version recited entirely in Comanche language that it is possible to select from the extras and that cloaks the whole with further realism, immersing even more in this wild setting where Native Americans must defend themselves not only from the alien danger but also from the White Man.

From the very first seconds, with quotes that look at western classics such as Sentieri selvaggi (1956), we note the extreme care in the management of landscapes and photographic choices, with the immense plains and the soft white clouds that stand out in the blue sky they offer highly evocative views, all accompanied by a soundtrack that flirts with the epic in a crescendo of pathos. If the first part takes its time, as the Events proceed Prey finally finds its purely gendered soul and when the hunt begins it takes on different meanings, with the famous “cycle of life” that takes over, with predators destined to become prey in an intelligent game of retaliation that is then applied to the main contenders, namely Naru – assisted according to opportunities from the fraternal figure or alone – and the Predator, as bad and deadly as ever. 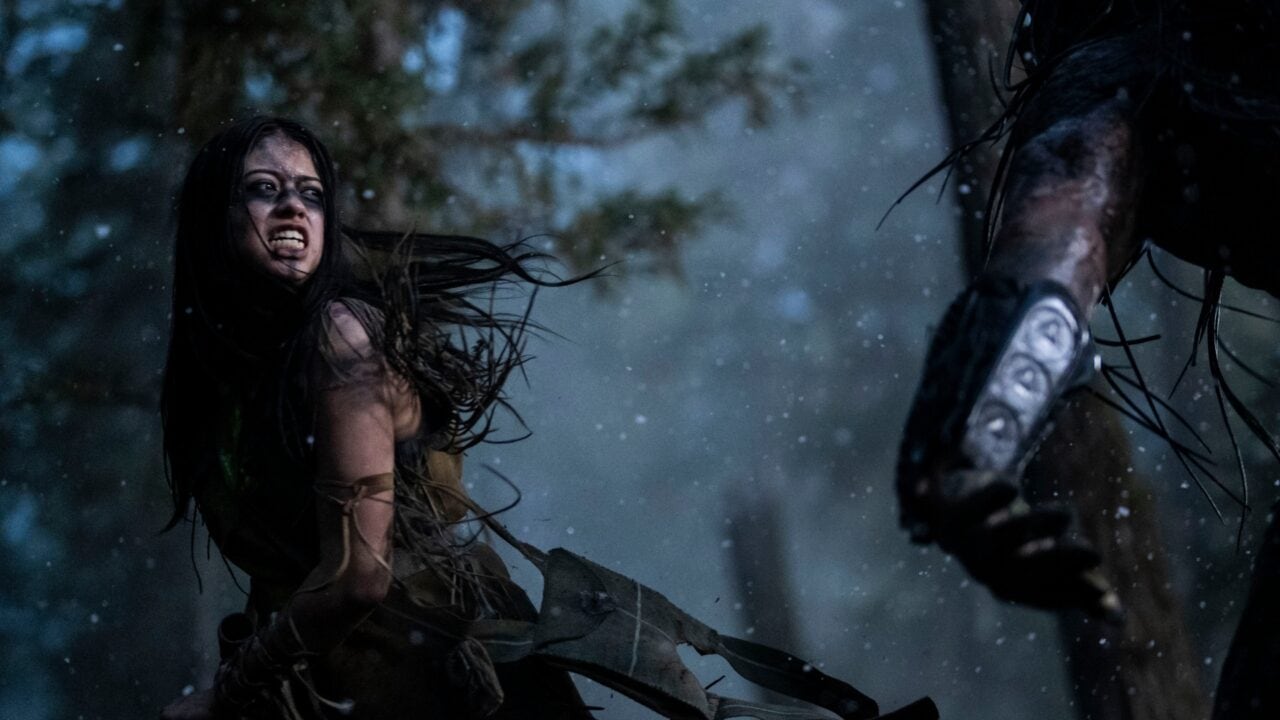 But precisely cruelty has a thousand faces and if the slaughter of bison finds the real responsible in a short time, with references to those pages of history where the native people were slowly approaching the end due to the genocide perpetrated by the invaders, the fury of nature emerges in the interaction between different creaturesfrom the mountain lion to the giant bear, all tested by the arrival of a hostile and alien entity, the most infallible hunter in the galaxy.

Director Dan Trachtenberg has a real talent for finding new ways to reshape already cult franchises: if with 10 Cloverfield Lane (2016) he had given new life and shape to the kaiju-eiga universe of Matt Reeves and JJ Abrams, with Prey creates a unique and captivating work, capable of telling something new without distorting the underlying mythology. The action is hard and pure, without compromise, with a sanguine but never excessive violence that is exalted in heroic mother scenes and sublimated in that bittersweet epilogue, where victory and loss dance on a thin border. The discourse on feminism, given by the fact that the protagonist is a young woman, is present but not predominant and “convenient”, leaving room for the story and the secondary characters with the correct balance and making use of a healthy show in the sequences where the villain takes center stagewith a handful of tasty quotes – both in jokes and not – that will thrill historical fans.

The Predator franchise finally finds the right interpretation and brings back to the atmosphere of a typical survival-movie, with the struggle for survival by the young protagonist in a wild context where danger can hide everywhere. Set in the immense American plains, where Indian tribes roamed free before the predominance of pale faces, Prey acquires, thanks to its period setting, further charm and hunting turns into a close challenge to the death, where sidearms become key element in combat scenes and the cycle of life follows its most raw and realistic course. A girl eager to be worth as much as her male peers, but with the concept of girl-power fortunately less exasperated than expected – and the iconic alien villain are the protagonists of a showdown full of twists and memorable moments, with an veiled epic that is well hybridized with genre dynamics.

Alba Parietti: the photo in costume is a dream for a few

How and where to start reading Spider-Man

The Mossos union USPAC, on the euthanasia of the Tarragona gunman: "If he were a terrorist, would they have granted it?"

Fitch: “Italy towards recession in 2023. The EU country most exposed to gas”