This has been confirmed by JB Perrette, CEO and president of Global Streaming & Interactive of Warner Bros. Discovery, during the presentation of the company’s second quarter results. As expressed by the executive: “at the end of the day, putting all the content together was the only way we could see to make this a viable business“.

No name, but dated

Warner Bros. Discovery does not yet have a name or brand for the service resulting from this merger, nor a price. Let’s remember that HBO Max came with a introductory offer of 4.49 euros for life, so we will have to see what happens with the already subscribers. At the moment, the objective of the merger is to avoid the loss of subscribers, offering more content on the same platform.

That happens by reducing the friction of entry, and for this reason Perrette assures that they are “exploring how to reach customers in the free space with advertising”. That is HBO Max-Discovery is studying a free plan with ads which, in principle, would have different content than the premium / paid versions. HBO Max and Discovery + already offer these freemium modalities in the United States.

The merger of HBO Max and Discovery + will combine the benefits of both services, said the executive. We do not know if HBO will continue to be part of the brand of this service, because although it is true that HBO is a powerful brand, the company is analyzing its perception in the face of the merger. 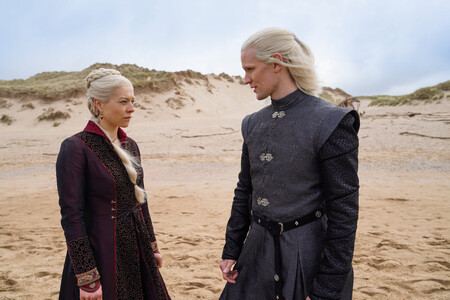 And when will this service be launched? In the United States, in the summer of 2023. Then it will arrive in Latin America, already in the fall of the same year. In early 2024 it will be launched in Europein the middle of Asia Pacific and in the rest of the markets in the fall of 2024. We will have to wait until then to see the result.

Another thing that stands out is that, from now on, Warner Bros. Discovery will give the combined number of subscribers of both services. So now we know that the company has a total 92.1 million of subscribers.

Previous figures were 76.8 million subscribers for HBO and HBO Max and 24 million for Discovery (100.8 million). The crux of the matter is that now they use another definition of subscriberwhich does not include “ten million non-core Discovery subscribers and AT&T Mobility subscribers not activated from the first quarter subscriber count.”

Google’s Pixel 6 Pro mobile with 12 GB of RAM drops to its minimum price, thanks to the discount of 225 euros, only 674 euros

WhatsApp wants to be Google Meet: now you can send invitation links to calls

A simple trick can fix all Android Auto connection problems

Returnal: All the prizes won by the game listed in the latest trailer | Ruetir.com

Mario + Rabbids Sparks of Hope will not have a multiplayer co-op mode | Ruetir.com

10 PS4 games on sale for less than 5 euros, among which there is something for all tastes: soulslike, strategy, shmup…

God of War Ragnarok announces its release date and yes, it is in 2022: cinematic trailer, editions and first confirmed great enemy