The mobile version of ‘World of Warcraft’ had been in development for three years. Now Activision Blizzard has canceled it

We knew that Activision Blizzard had plans to bring ‘World of Warcraft’, aka “the ‘WoW'” to mobile. We have seen this plan materialized in ‘Warcraft Arclight Rumble’, a kind of tower defense based on the Warcraft universe, but there were also intentions to bring the MMORPG to mobile devices. Finally it will stay at that, in a “had”.

And it is that, according to Jason Schreier and Zheping Huang (Bloomberg), Activision Blizzard and NetEase they have canceled the game after three years in development. The reason, they slide, has been a disagreement on the terms which, ultimately, has led to the dissolution of a team of one hundred developers dedicated to the game.

No ‘WoW’ for mobile

The truth is that the game that was in development was not a port of the game or anything similar, as could be the case with ‘Genshin Impact’ or the future ‘Tower of Fantasy’, which comes out in just a few days. The title, codename “Neptune”, was to be an MMORPG set in the ‘WoW’ universea kind of spin-off.

Finally, the game will not see the light of day, and it is curious because Activision Blizzard and NetEase have collaborated in the development of ‘Immortal Devil’, a game that, although it is true that it has been criticized for its aggressive monetization and P2W mechanics, is generating good income. Furthermore, it is proof that a good adaptation can be made for mobile phones of a complex game like ‘Diablo’. 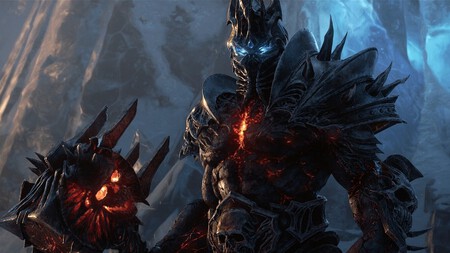 “Neptune” isn’t the only game in the ‘World of Warcraft’ universe that has been cancelled. In 2018 we learned of the existence of a ‘Pokémon GO’ type game, but it was also canceled after four years in development a few months ago. And it’s funny, of course, because last year Blizzard was very convinced of its mobile bet.

The company, which already has games like ‘Hearstone’ under its belt, said that “in our ‘Warcraft’ franchise, we intend to offer more premium content more frequently to maintain and expand the ‘World of Warcraft’ community. and we have created multiple free ‘Warcraft’ experiences for mobile devices that are in advanced development based on the beloved IR of our franchise’.

It is noteworthy that they have canceled the spin-off of ‘World of Warcraft’, this game being the goose that lays the company’s golden eggs. ‘Shadowlands’, the last expansion in the absence of ‘Dragonflight’ coming out, sold 3.7 million copies on the day of its launch, quite a milestone considering that we are talking about an MMORPG.

MultiVersus: Season 1 has been postponed to August 15th | Ruetir.com

Oil producing countries have agreed on a tiny increase in daily production, far less than what the West has asked for - Ruetir

Results of the elections in Brazil 2022 LIVE: Lula vs. Bolsonaro, who is winning?