Ron and other events join the “Pem! Festival ”directed by Enrico Deregibus 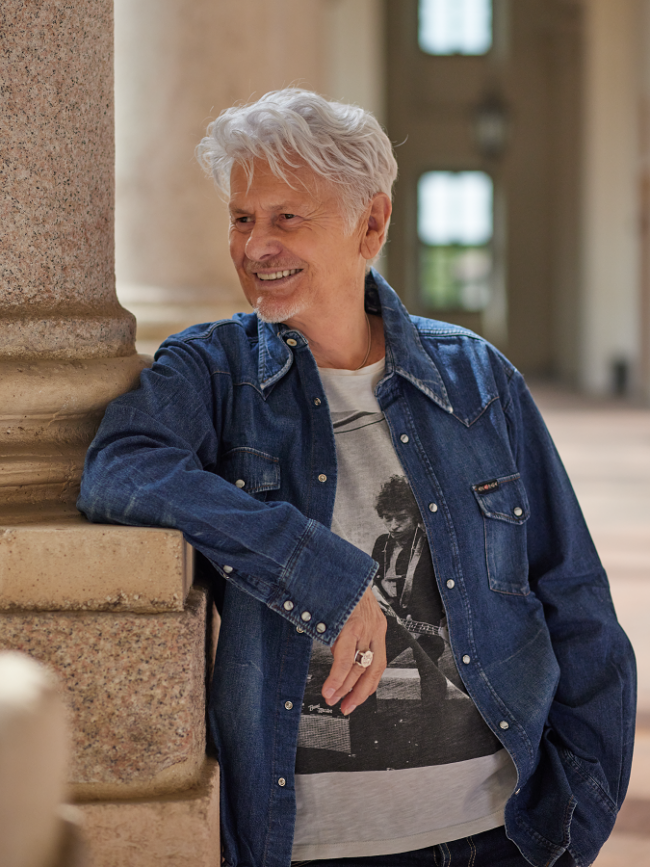 SAN SALVATORE – Ron, Carlot-ta, a tribute evening for Lucio Dalla with Roberta Giallo and the final of the PeM Music Contest with Nyko Ascia, Nicola project, L’ottico, Rome. These are the new appointments announced for the 17th edition of the “PeM! Festival – Words and Music in Monferrato “the Piedmontese review of meetings, stories and songs that from 27 August to 1 October will touch the municipalities of San Salvatore (leader), Lu-Cuccaro, Balzola, Valenza, Mirabello, which were already part of the festival, and Alessandria, Pontestura and Rive, which are added this year.

The events are added to those already announced with Morgan, Pilar Fogliati, the Statuto, Vasco Brondi, Luca Morino, the tribute to Franco Battiato with Pino Marino, the literary walk with Davide Longo dedicated to Beppe Fenoglio and the homage evening for Maurizio Martinotti. The complete program, which includes many other events, will be released on 24 August, when the official website of the event will also be online, at the Internet address www.pemfestival.it.

The 17th edition of the “PeM! Festival ”promises to be the largest and most extensive in the history of the event. An itinerant event whose fulcrum is made up of meetings with artists who tell their stories by interspersing the words with a musical part that can be minimal, intimate, but in some cases richer, such as those planned with Ron (on 23 September in Balzola) and with Carlot -ta (September 7 in Alessandria), interviewed by Enrico Deregibus, the artistic director of the event, as well as Roberta Giallo, protagonist of a tribute evening for Lucio Dalla (on September 3 in Rive, the first town in the province of Vercelli that enters the PeM Festival).

New for 2022 is the “PeM Music Contest”, the music competition for young artists from the province of Alessandria, whose final is scheduled for 21 September at the Country Sport Village in Mirabello. Will be competing: Nicola Project and L’ottico for the “Rock, indie and author” category and Nyko Ascia and Rome for the “Urban” one. All appointments are free of charge and take place in places between the hills, rice fields and the Po, mainly in Monferrato, a territory that has become Unesco heritage for some years, one hour from Turin, Milan and Genoa. “PeM! Words and Music in Monferrato ”avails itself of the artistic direction of Enrico Deregibus with the collaboration of Riccardo Massola, creator of the event in 2007.

Corrado Tagliabue, mayor of San Salvatore Monferrato, municipality leader of the review, declares: “The PeM! Festival was born with a broad horizon, in San Salvatore Monferrato, on the hill of the Paleologa Tower, an extraordinary sighting place over the whole Monferrato and the surrounding plain. It is a festival that broadens the gaze, which offers appointments in the most beautiful places in our territory, involves the Municipalities and their communities and brings the extraordinary beauty of the contamination between words and music, art and entertainment. This year we welcome the new municipalities that join: Alessandria, Pontestura and Rive, further expanding their vision, inviting characters who possess charm and the ability to attract attention, amaze and give pleasure ”.

The artistic director Enrico Deregibus declares: “Being able to carry out a festival of this type in the places where I was born is a great satisfaction, just as it is a great satisfaction to be able to bring artists I believe in, more or less known and of various backgrounds, to a audience that has been following us for years with an attention that has become affection. Alongside the now classic encounters with the artists, which characterize the festival, the evenings of another type increase, always with the idea of ​​offering something special, unique or at least rare. This also with a view to continuing to attract spectators from other regions, who can discover or rediscover the beauty and value of our territory “.

PROVISIONAL PROGRAM (OTHER EVENTS ARE UNDER DEFINITION)

Tik Tok Academy, how to become a Content Creator on social networks

Seven out of ten tourists come to Italy to party

LMB: Nightmare! The Mariachis of Guadalajara continue to add defeats

DolarToday and Dollar Monitor: price of the dollar in Venezuela TODAY, Wednesday, August 3

Pokémon Scarlet and Purple dazzle with their new trailer: the Paldea region, new features, Pokémon and all the news

The funniest outtakes of the tenth season of ‘Love is forever’