During all these being PC gamers, not only have we seen different and rare PC cases, but many of us have also gone through crazy moments building our computer in some weird case. Going from old but functional ones with a handle on the top, to the most modern ones adorned with so much RGB that they look like a Christmas tree, to some armed with unexpected objects, such as a toilet.

You can read: Super Cooling: Like any other gamer, Henry Cavill fixes his PC’s hardware problems himself

Yes, a WC or “water” as we call it colloquially in Chile, which is the unusual setup used by a YouTuber who built a PC from a working toilet. According to the Eurogamer medium, the nick player Basically Homeless created this computer as a joke with the sponsorship of an electronic store called Microcenter.

To keep the WC running along with the PC parts, the crazy YouTuber contained half the tank with the functional parts of the toilet, plus the water. For this, he created a wall with plexiglass and glue to separate the liquid from the computer hardware.

With this, I think Basically Homeless fulfilled the embarrassing dream of many who more than once surely took their gaming notebook to the bathroom while playing a game or spent long minutes (or even hours) sitting on the “throne” playing on their mobile devices. 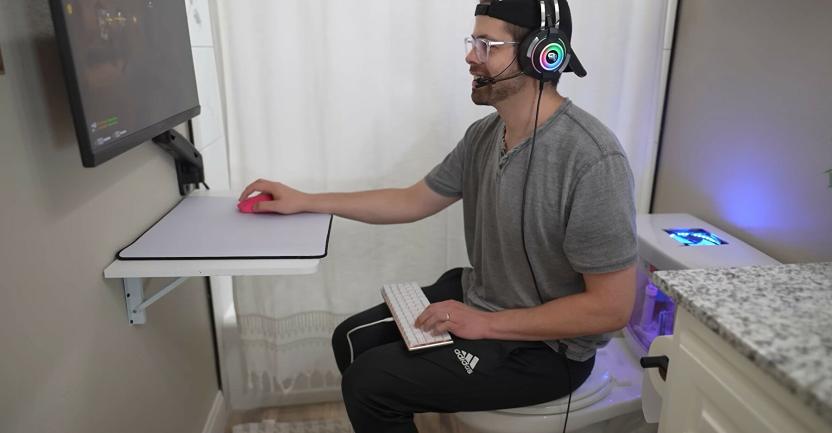 The entire process was documented in a video that we leave below. And no, it doesn’t come out doing “2” in the video and playing.

He has done it again! Orestes says goodbye to the four guests with a most ingenious farewell

Perfume: never do it in the summer

How to watch Gamescom 2022 Opening Night Live: schedule, streams and everything you need to know

Capcom shares its plans for the Tokyo Game Show 2022

They pretend to be WhatsApp or Correos, but their objective is the same: to infect your mobile