Diablo Immortal continues to generate profits and blue numbers for Blizzard just two months after it was released. The company recently noted in a report that in its first eight weeks of life, the game has generated $100 million in revenue.

You can read: Diablo Immortal has raised $100 million in 2 months, despite criticism of its microtransaction system

And in addition, the video game giant came out proud to show off in Twitter the large number of users who have downloaded the new game of the Diablo franchise, which reaches more than 30 million players. 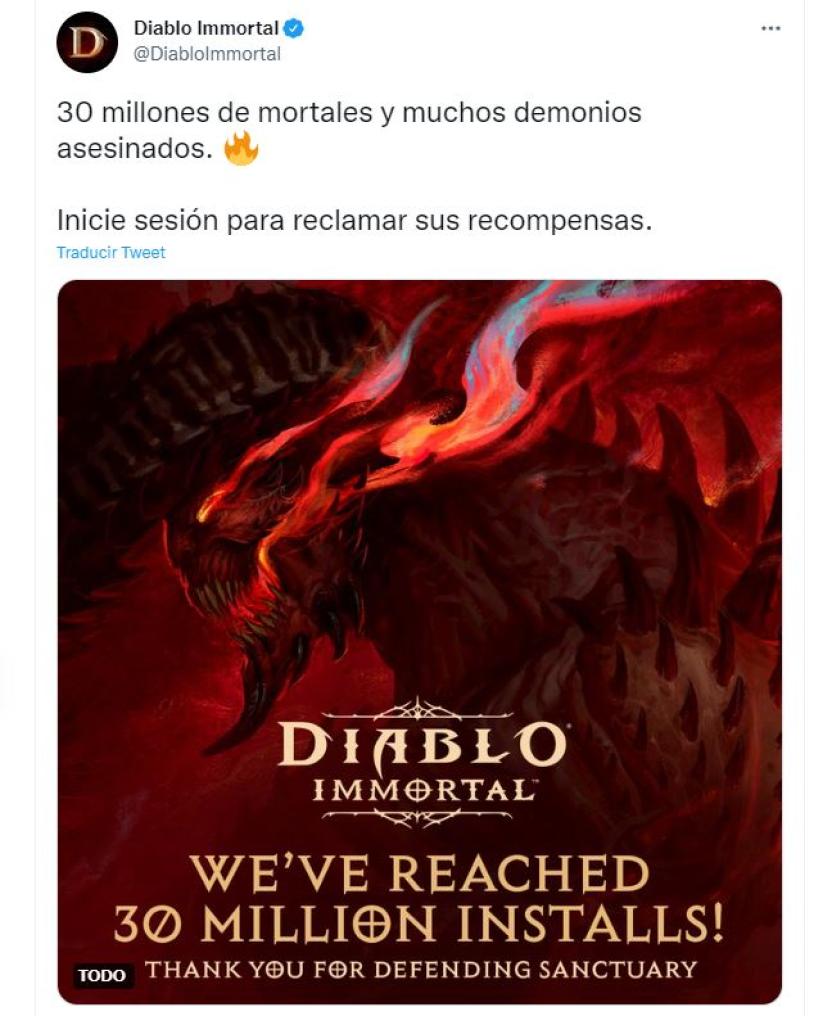 Number that should be doubly celebrated by Blizzard, since it shows an increase in the number of users compared to previous periods. This as Activision Blizzard’s announcement reveals that active users have rebounded after being at 22 million monthly active users for the quarter ending March 2022.

In any case, the future is hopeful for the company thanks to Diablo Immortal, a game that you will remember was rejected by the company’s fans when it was announced. Feeling that apparently Blizzard managed to change and that has him making happy accounts just two months after launching the game.

The Marvel Studios projects that were not discussed at SDCC22

Atlas: Armored! These are the security measures that will be implemented for the duel against Querétaro

Winamp resurrects with a new version after four years of development: all the news and how to download it

Tokyo Game Show 2022: dates and times of all conferences, how to watch them and confirmed games

New devolo Repeater 3000 and 5400: this is how these smart WiFi 6 Mesh repeaters are